A Texas Roundup in Desoto

No checks on the guns, so the crooks can get rid of hot property

Who thinks that might mean a rash of gun thefts soon?

Desoto is near me. I wonder if they take home-made guns like buybacks elsewhere? 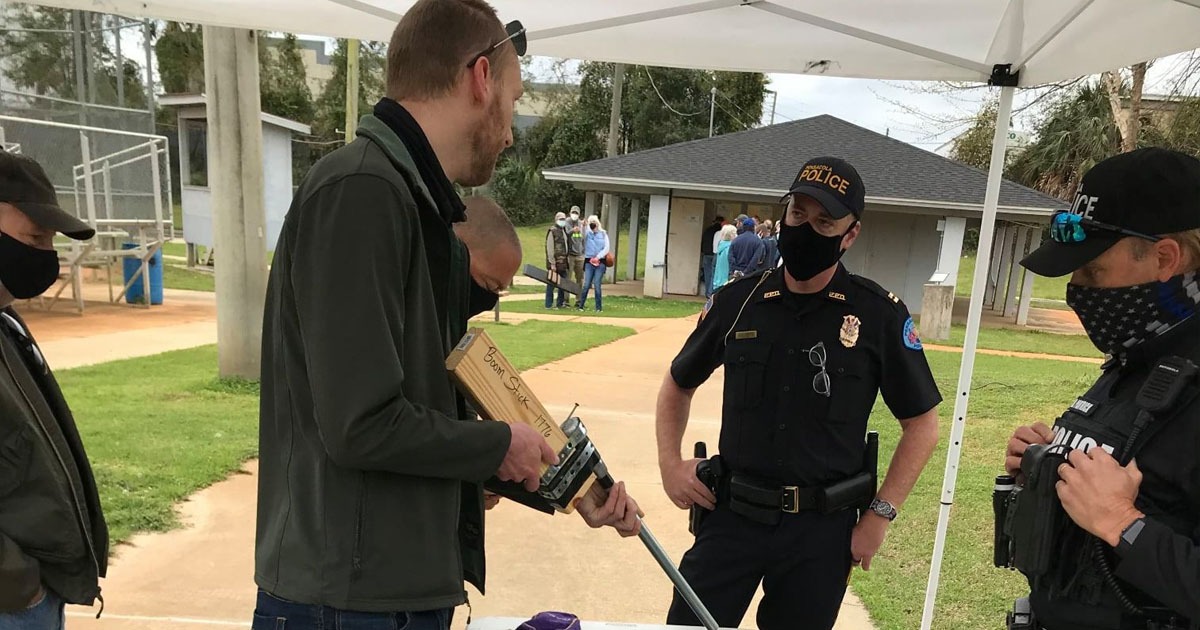 Anti-gun "buyback" event in Pensacola, Florida does not go according to plan

These so-called "gun buy-back" programs are a scam and a joke.

It's an agenda to make the general community feel better about all these guns they got off the streets. Fact is, most of the guns they are buying are most likely junk, or stolen guns. I would suspect the vast majority have never been on the street, and many of them, I'd even be surprised if they were in working order.

If they really wanted to get the "dangerous" guns off the streets, what they need to do is roll down the streets with the thugs, pimps and drug pushers on the corners and start just taking away their guns! Do that about two or three times a week and then, they might be making some real progress.

HKSig said:
I wonder if you'd get away with it, or will DSPD run you off?
Click to expand...

Get away with what? It is not a crime to attend a gun buy back with the intent of legally purchasing a firearms for someone waiting to drop it off is it?

Had I seen this earlier, it would have been just the excuse I needed to drive over that way and hit up Costco and to visit Total Wine near the area to restock on Kirschwasser and Obstwasser. I'd have to be up by 0600 and leave by 7 to assure I'd get there by 10 to see if I could make a good deal on something someone was about to dump for $100. Damn, I'd get 5 hours sleep if I hit the hay now and get up at 6 - good night all.

Glenn B said:
Get away with what? It is not a crime to attend a gun buy back with the intent of legally purchasing a firearms for someone waiting to drop it off is it?
Click to expand...

Those running the buy-back program might see it as conflict of interest to their agenda. Also might be determined exactly where they are doing the program and could assert trespassing violations fro such actions.

Public sidewalk or street they can't stop you from being there. Maybe do a loitering warning or something.

Army 1911 said:
Public sidewalk or street they can't stop you from being there. Maybe do a loitering warning or something.
Click to expand...

I used to agree with this statement. After seeing the sh!tshow that is the "Jan 6 Insurrection Payback", I am no longer sure of that. The rule of law is basically dead here. There is a protected class with Get Out of Jail Free cards. That class is known as: not-a-Trump-supporter.

PS - if you have not heard the story of Louie Gohmert about being locked out of the detention facility in DC, you need to get out more.
You must log in or register to reply here.