baboon said:
Funny you mention the pretzels. While I was working the renfest years ago a guy was all excited about the soft pretzel that my boss was the only vender to sell. (Protected food items, no one else can sell) This old guy was from Brooklyn, NY and was a beat cop. He ate them on the beat & since retiring could not find a decent soft pretzel. I gave hime the name of the pretzel company Texas Twist & the wholsalers information. I grew up eat hard pretzels and not a big fan of soft.

When I became an apprentice meat cutter I had t start out in the slicing deli & seafood. We were bringing in Unsinger brats & knockwurst, which I grew up eating. We also had Boars Head brats & knocks. The big difference was Insinger products were bulk in 5 pound boxes& went bad fast compared to Boars Head in cryovac packages.

I to like red cabbage &German Style potato salad. Jars of either are sporadic at best. I'm really jonesing for bagels from the New York Bagel & deli. Houston is famous forit's internation food scene. but always lacked German places. Everyone rants on the German food in New Braunsfel, but I never had it.
Click to expand...

I am going to Hot springs this weekend with my son and his girlfriend. He says there is a pretty good German restaurant there, I am looking forward to it. I would try going to one in New New Braunfels but it would be over a 6 hour drive for me so that is out. 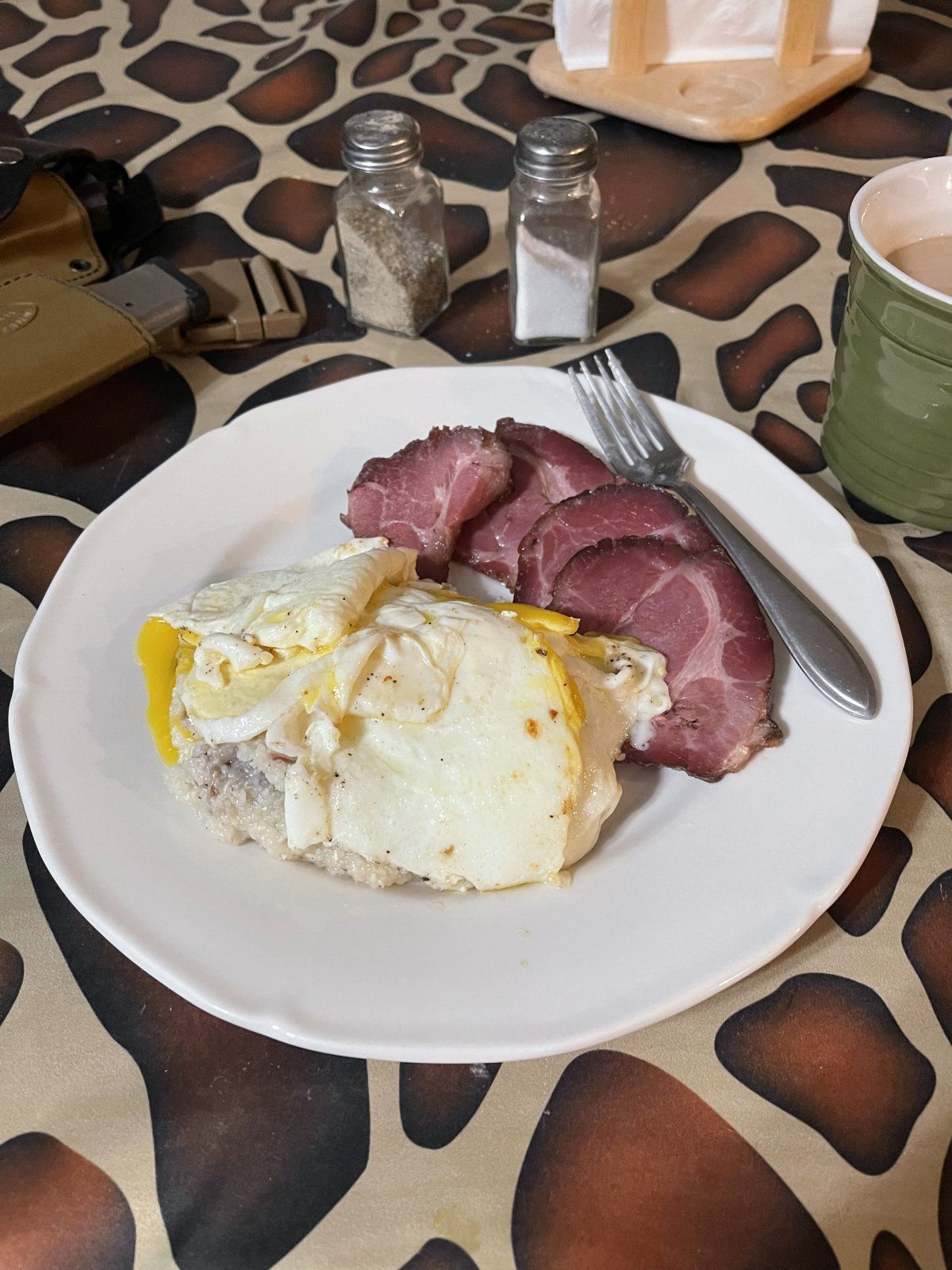 Just got up to let the dog out. When I do I have the backdoor of the house then 10 feet to the screened in porch door. Beside the cold morning air I get hit in the face with the smell of cinnamon. I think the neighbors have one of the grand kids over. I need to see if they want their bacon gift sliced or a piece. 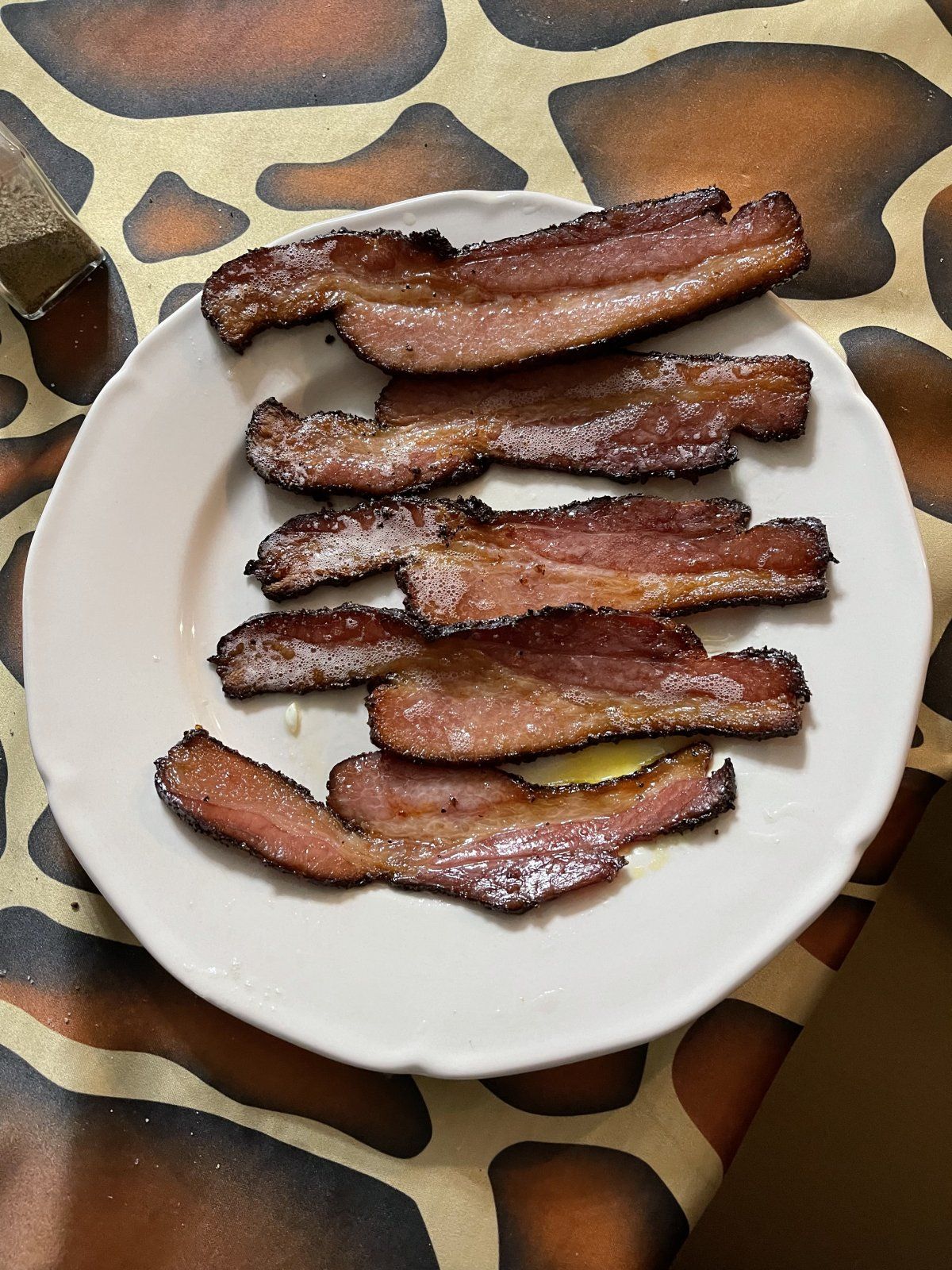 Renfield wanted bacon for breakfast this morning with his eggy wegg

This morning, sausage, scrambled eggs, buckwheat cakes with sausage gravy. Sausage is from a wild pig my nephew harvested, eggs from another nephew's chickens, sausage gravy is a creation from my lovely wife, buckwheat flour is Cherokee from King Roller Mills in King, NC. A breakfast fit for royalty! 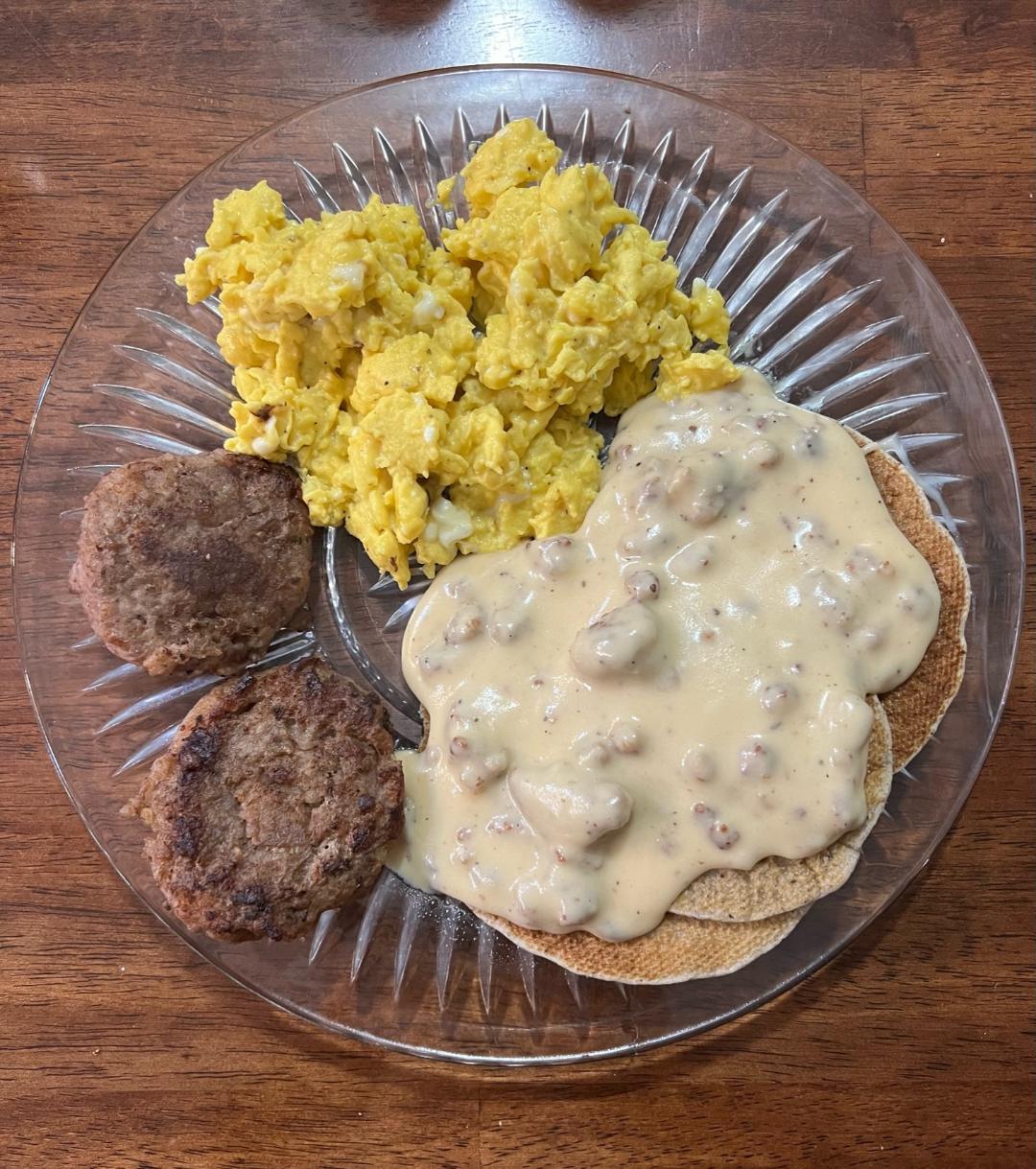 Chorizo & potato tacos with jalapeños & onions in a flour tortilla. What I don't eat today will gets eggs scrambled in tomorrow. 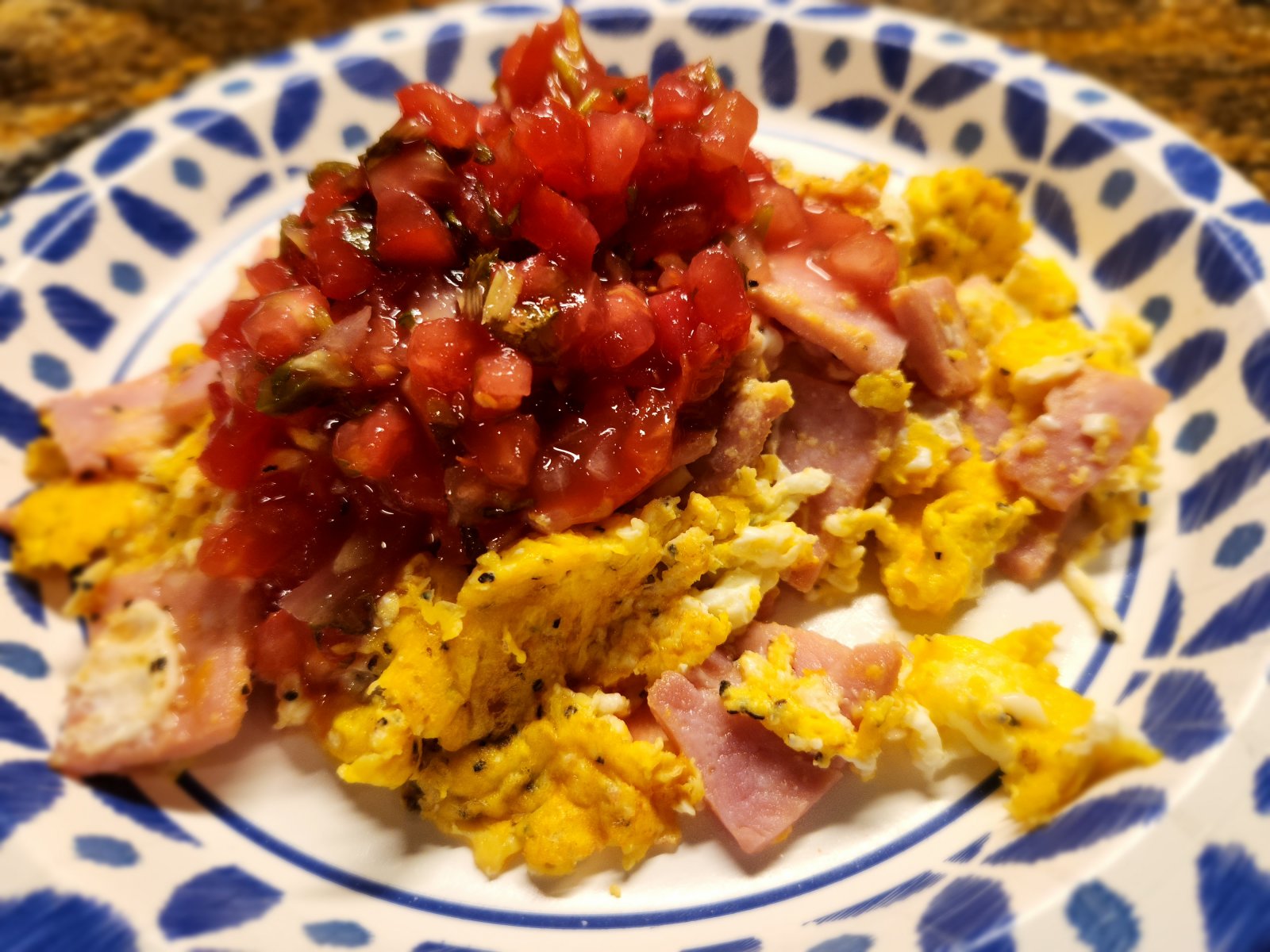 We had poached eggs for breakfast today. Hadn't had them in a decade or more. Never knew about putting vinegar in the water to help eggs keep their shape but it works. Toasted a couple slices of homemade bread for dipping. Overall, I prefer fried over easy's but poaching is growing on me.

PinnedandRecessed said:
We had poached eggs for breakfast today. Hadn't had them in a decade or more. Never knew about putting vinegar in the water to help eggs keep their shape but it works. Toasted a couple slices of homemade bread for dipping. Overall, I prefer fried over easy's but poaching is growing on me.
Click to expand...