RevolverGuy said:
Thank you! Those are Hideous!

This is a topic near & dear to my heart.

Despite the full-lug barrels and vent rib on one of them, the Korth or Manurhin are the only ones that might suit me out of the box. Plus they’re quite pricey.

So I’ll stick with American made.

Despite the obvious advantages of stainless, I’d prefer a blued finish.

The registered magnum is a great revolver, but too big.

The L-frame would be Goldilocks, we’re it not for the full lug.

A 586 Mountain Gun would be awesome, especially if built to pre-1966 standards. If Smith offered one now, I might overcome my distaste for their current offerings.

The Pythons predecessor, the Three-Fifty-Seven would check most of my boxes, however, both models went out of time frequently due to the hand bearing on the ratchet at ignition, and there’s not a lot of gunsmiths around anymore who know how to work on them.

The current Python supposedly fixes that, but it would need a reshaped barrel, replace the vent rib and new rear sight. But then we’re approaching the cost of an MR73 for a gun that would look like a Trooper MK III. No thank you.

The GP100 in the MC trim is a fine revolver with new sights (Bowen RC rear) and a real action job. Mine is a 10mm. I still prefer Smiths for DA shooting. Plus it’s a bit heavy.

My current candidate is a 160-series 4-inch Security Six. As soon as another custom project is complete, it will be going off to a gunsmith for an action job and custom front sight.

Single action would be either an original Ruger flat top or Colt New Frontier, 4 3/4“ barrel.
Click to expand...

My experience with the match champion was not too great, the cylinder was contacting the forcing cone at one spot, and the rear sight pin constantly walked out after only a few rounds.

It had the half lug, but the shaved sides on the barrel plus the huge "MATCH CHAMPION" killed the look for me.
R

benenglish said:
I agree that those would be satisfactory out of the box. However, that's only taking into account double-action revolvers. I note that you only give one throwaway sentence to single actions at the bottom of your post.

So since you're RevolverGuy, could you dive a little deeper there? The Picra is big and only useful for special purposes. Freedom Arms, though, can make a very nice, surprisingly compact (if heavy) .357 if you go through the options list; a round-butt, 3.5" to 5" Model 97 would be pretty sweet.

What's your opinion of Picra and, especially, Freedom Arms?
Click to expand...

Wow, didn’t know there was a literary critic prowling the forum.

The post asks for my perfect .38/.357 revolver. To me that’s a double action, and DA’s are what I know the most about.

I like SAs as well, but to me, they’re better suited to larger bore sizes.

If you’re offended I didn’t write more about SAs, by all means fill us in.

I'll stay with my first choice, Ruger Old Model Blackhawk with Super Blackhawk fixtures and a 2 1/2 Leupold since I am 73 and need a crutch to shoot 100 yards. Sold my second choice S&W 27-2 deep blue pinned and recessed target hammer and trigger huge old rosewood grips

, SWEET trigger right out of box and even better 20years later! Never owned a Python but loved every one I got to shoot.

I have no need for a revolver, bought this with a plan to flip it after buying it for a ridiculous price. After I got it, shot it and did a couple small upgrades (site, grip)…. Its Staying put. I’m am by no means a revolver expert, that being said, this gun handles well, shoots straight and is easily manageable with .357mag in it. It has taken its place in a location in the house to be available if needed. 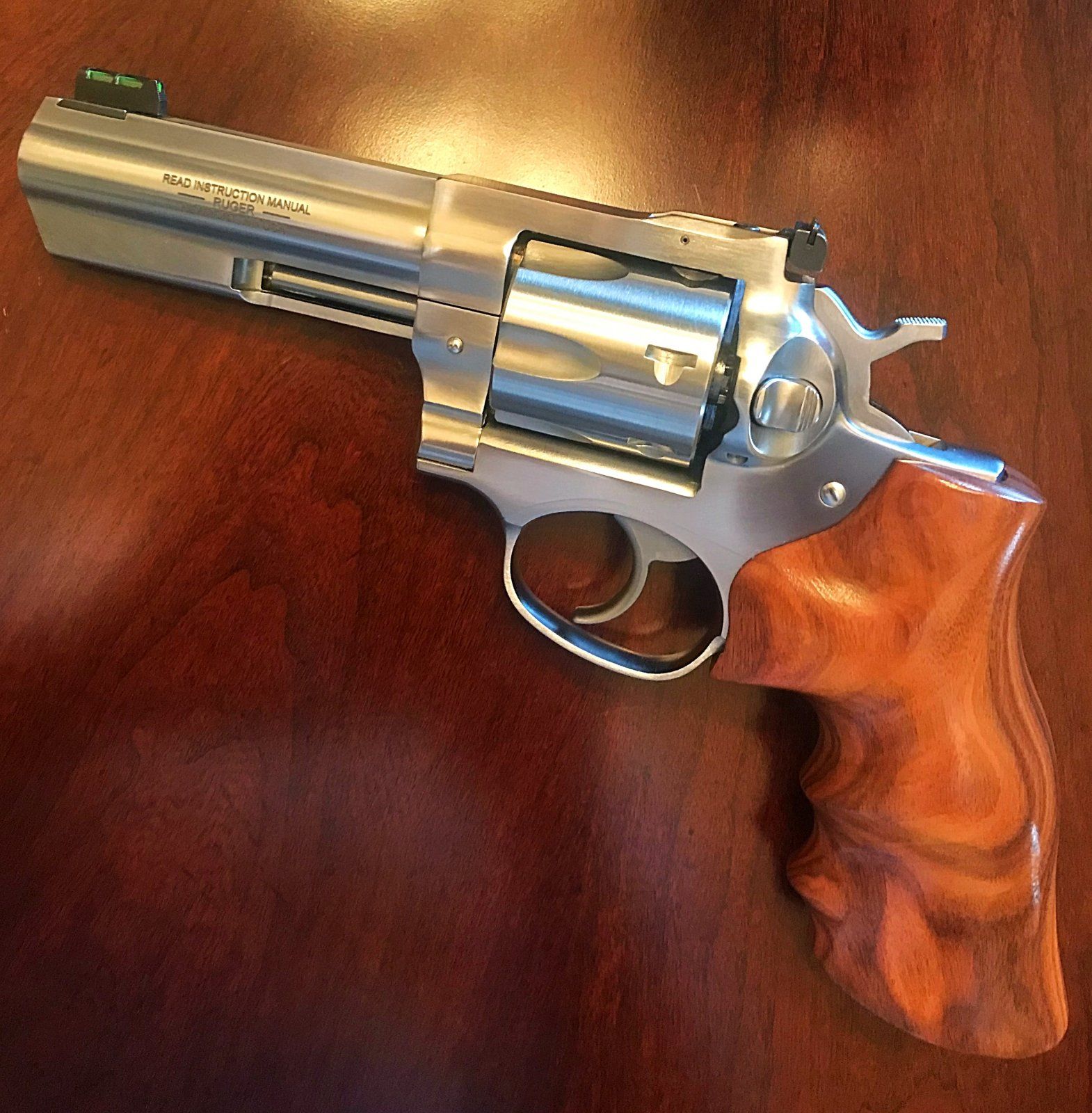 RevolverGuy said:
Wow, didn’t know there was a literary critic prowling the forum.
Click to expand...

My critic days are behind me. I really appreciate your post...it just left me wondering about SAs. Then you explained...

Keep posting. You seem to know your stuff and we can always use more of that around here.
R

, SWEET trigger right out of box and even better 20years later! Never owned a Python but loved every one I got to shoot.
Click to expand...

In that case I’ll give you a pass on the scope.

But you’re still guilty of crimes against a classic gun for the vent rib.

RevolverGuy said:
In that case I’ll give you a pass on the scope.

But you’re still guilty of crimes against a classic gun for the vent rib.
Click to expand...

I still have the original barrel and yes a difficult choice, be competitive in the Arizona heat with a vent rib barrel- or stay with first round eliminations, so I bought a takeoff (the guy went to a 4") and had it ribbed.
So guilty as charged -however I can restore it with the original barrel, also did trigger work and hammer/trigger shims. The scope is recent and the forward screwhole permanent

Didn’t you trade that for a Glock 19 a while back?

Spcwolf said:
Didn’t you trade that for a Glock 19 a while back?
Click to expand...