There's a guy in Dallas who is a freaking genius at designing and modifying flashlights. Some he designs from scratch; others he purchases and improves. This review covers one of the latter, called the OSTS TN31mb.

The light is originally manufactured by a company called ThruNite and currently sells for $145 on Amazon. Michael explains what he does to it on his website, and I don't really understand electronics at that level, so suffice to say he makes it throw over 200% farther.

This light has a super tight center beam, with some useable spill at your feet. It's a little smaller than two Coke cans stacked on top of each other. It runs on 3 rechargeable 18650 lithium batteries.

I'm excited to see how this light works in the field for spotting hogs and coyotes. There are some beam shots posted below, and this post may get updated later.

Cons:
•Sometimes I wish the spill could be focused away
•It's pretty beefy
•Brightness selector could be smoother 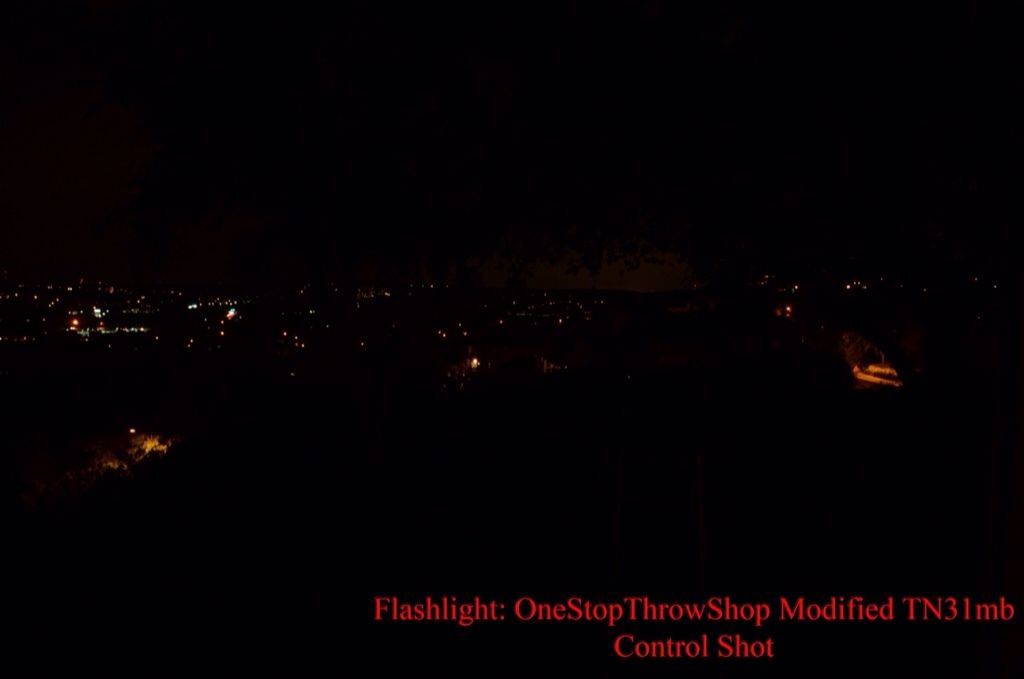 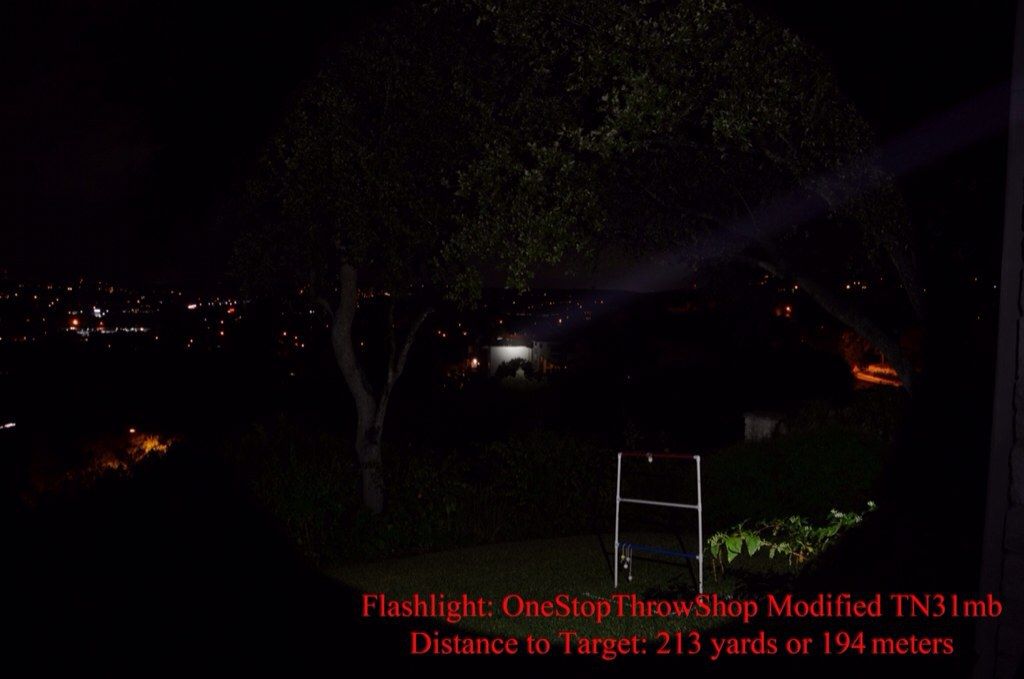 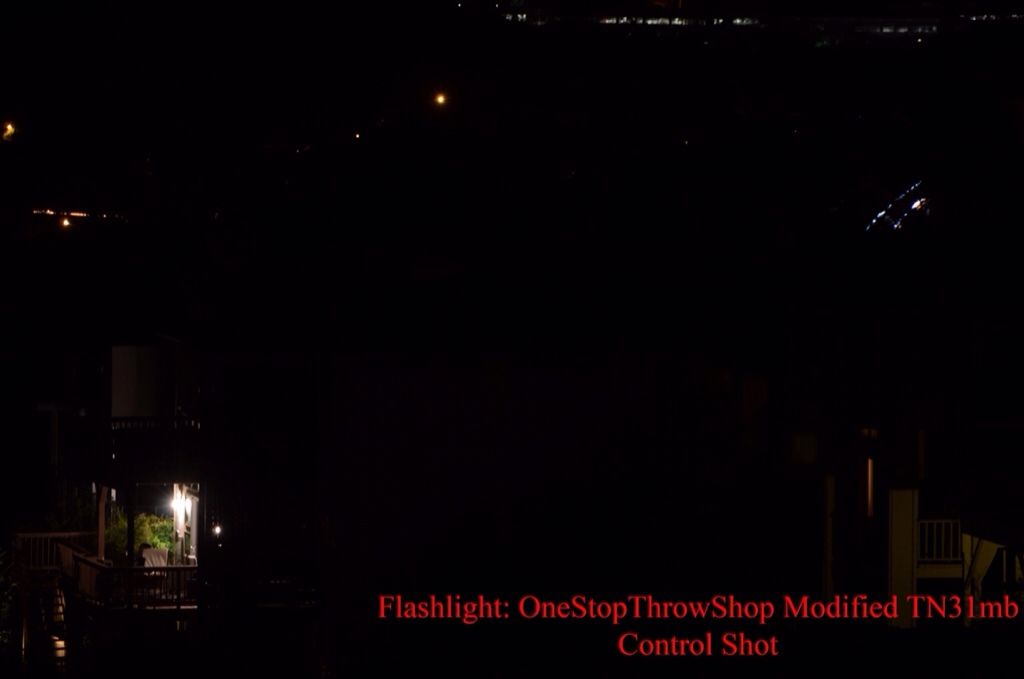 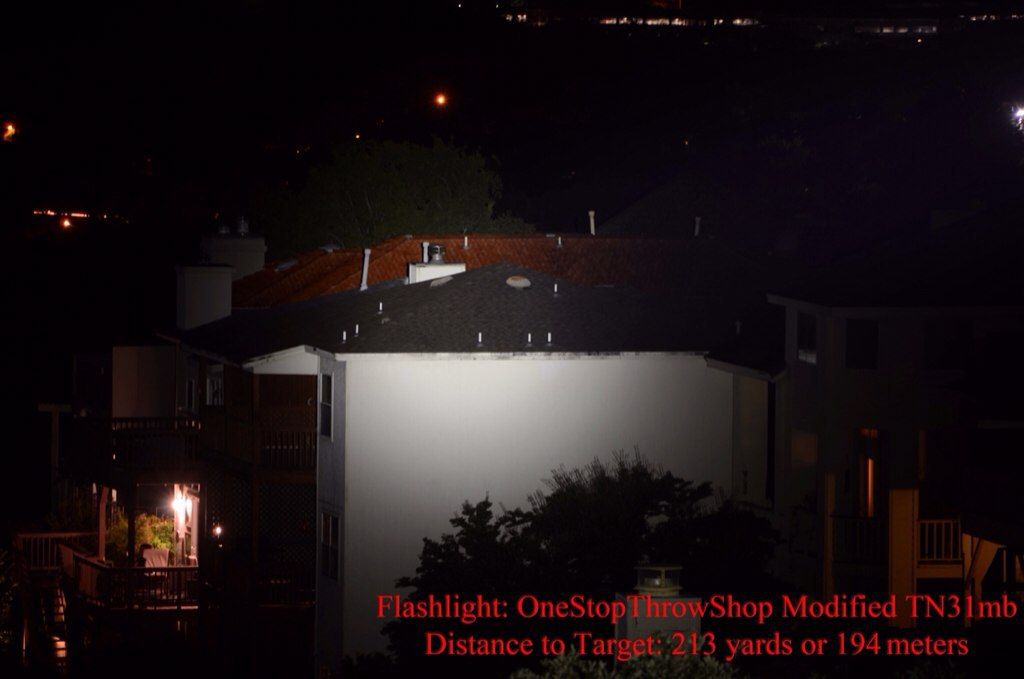 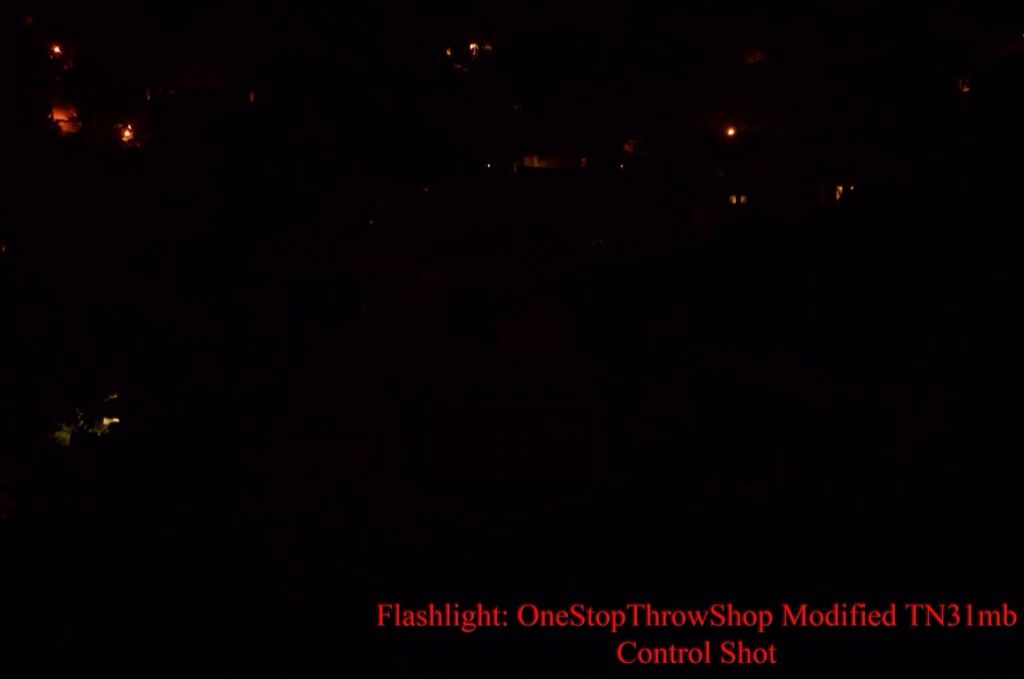 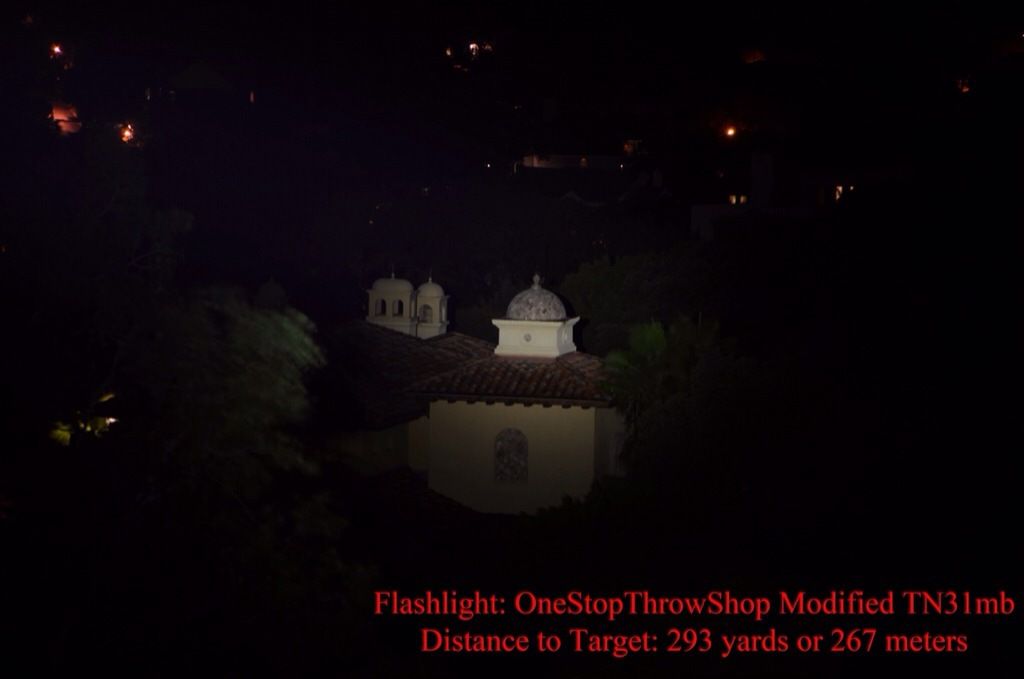 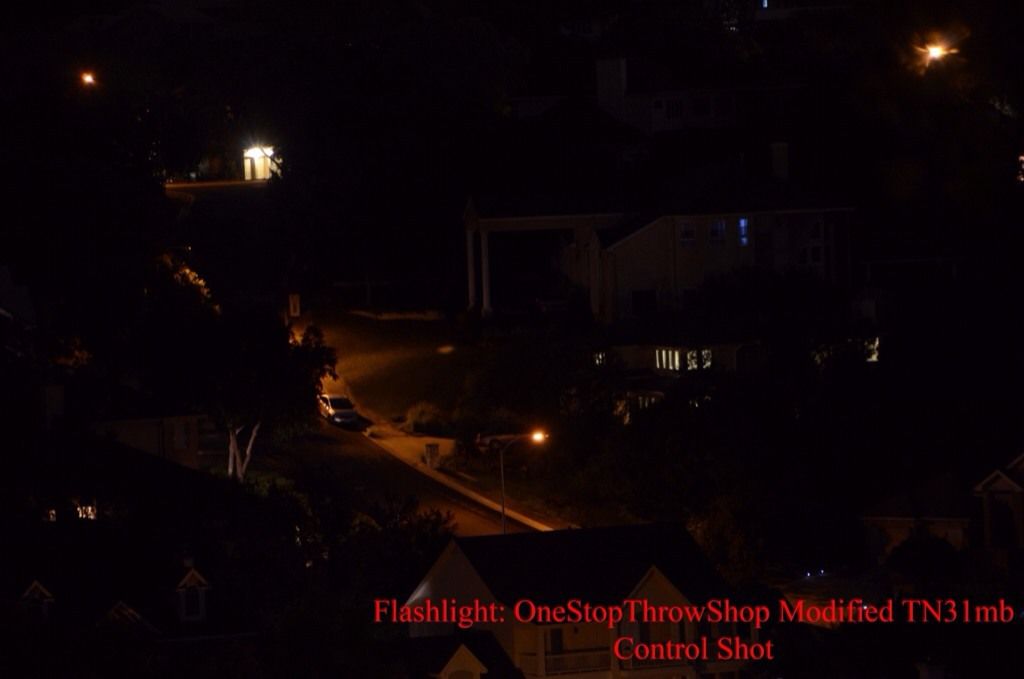 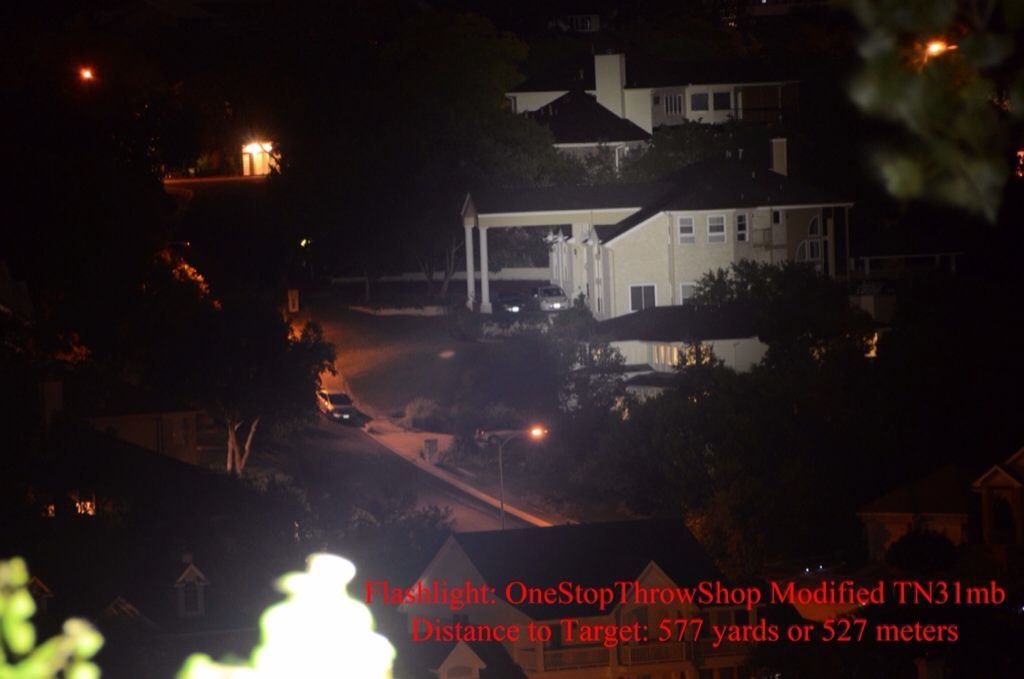 What is the battery life on that monster?

Website says 2000 hours on low and 2 hours on high. There are 6 levels of output (plus strobe) but those are less important. You don't buy this light to use it half-way. The low mode would be helpful for finding one's car keys. I have not tested the battery life on my unit. I think using it for 2 hours might result in a sun tan. 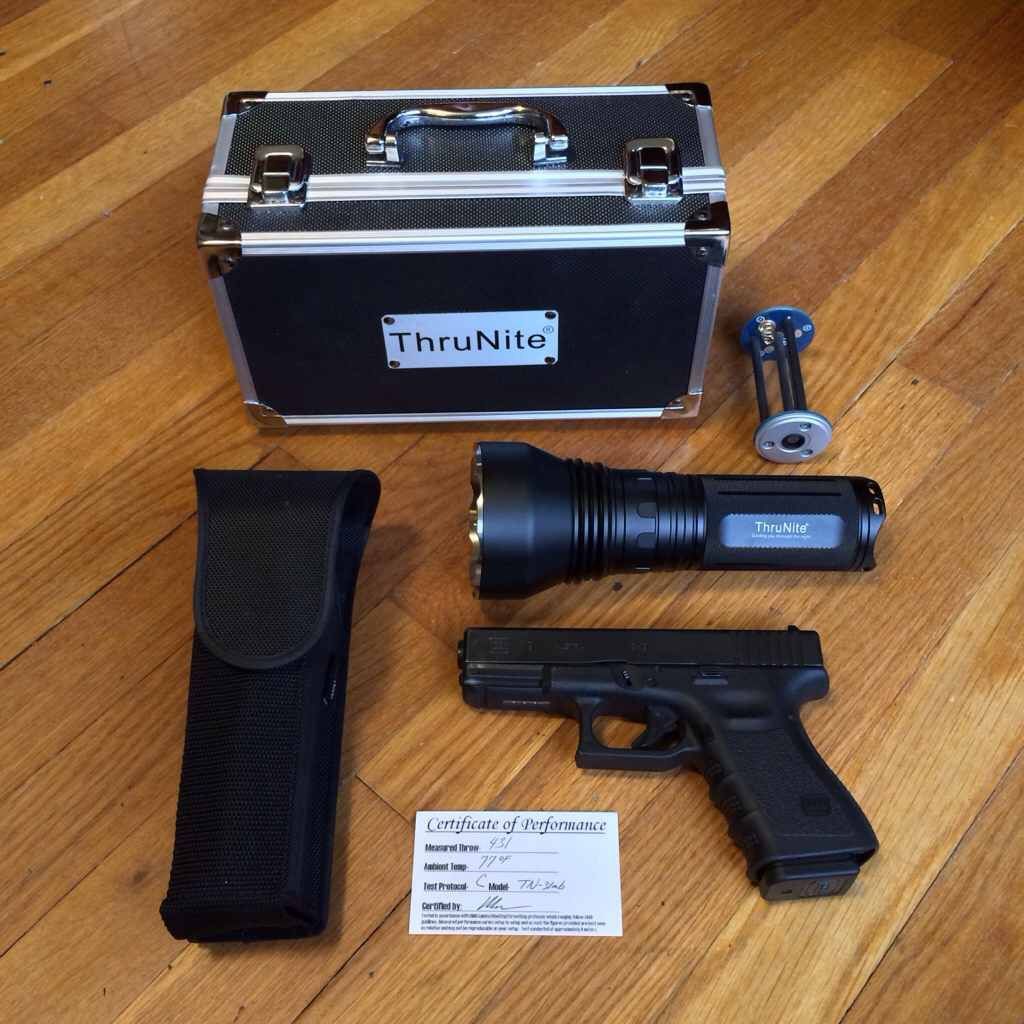 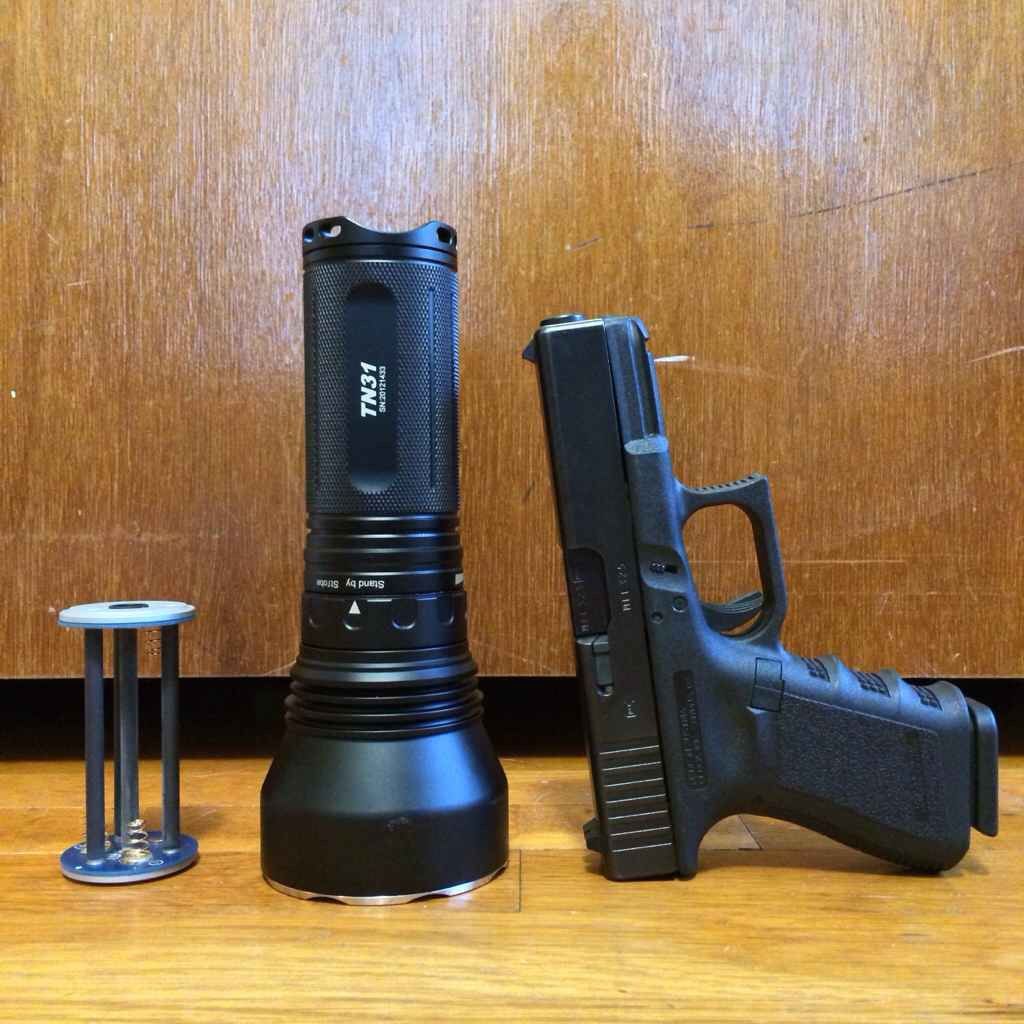 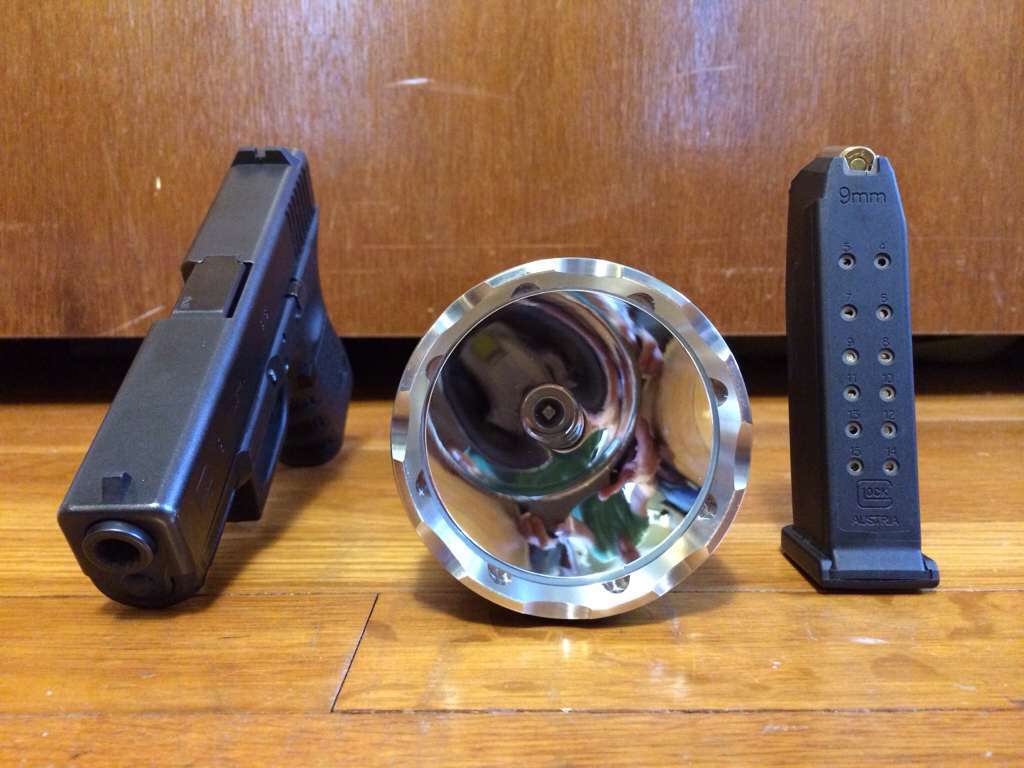 Shine any unchained dogs with it, yet? My puny 300 lumen flashlight usually gives them quite a bit of pause. Would love to see what this does.
H

Interesting!! Other models to choose from. The SmallSun ZY-C10-S is particularly appealing to me.