Drove up to Grandpa's Sporting Acres outside Syracuse, NE this past weekend to take part in an annual sporting clays event called Flatwater with a few friends. Lots of guns, lots of great folks and met Joe Chambers, a hugely talented gun-builder who specializes in 1911s - he's apparently Steven Segal's new 'smith, too. Joe says my Rock Island 1911 has a great trigger-pull (thank you, thank you

) but a lil bit of overtravel. Pffft, what does he know, anyway?

Pics from my cellphone: 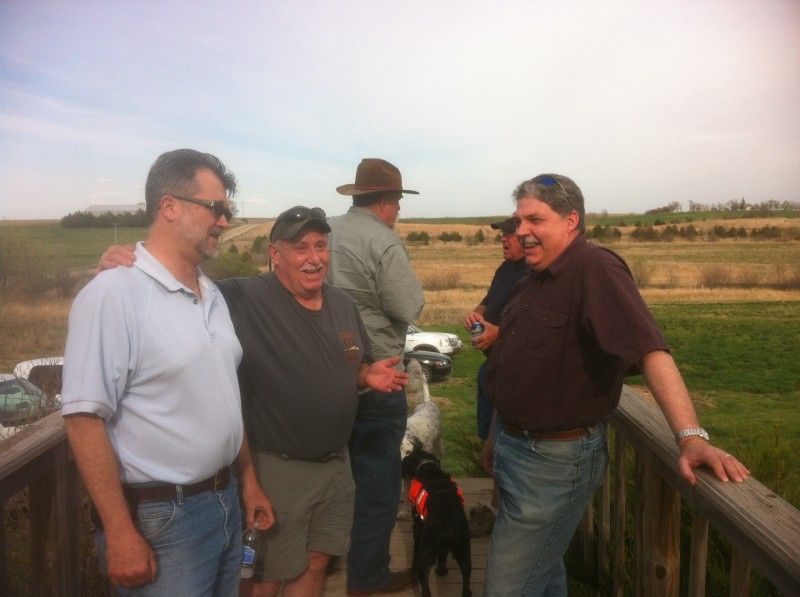 First shoot in the morning: 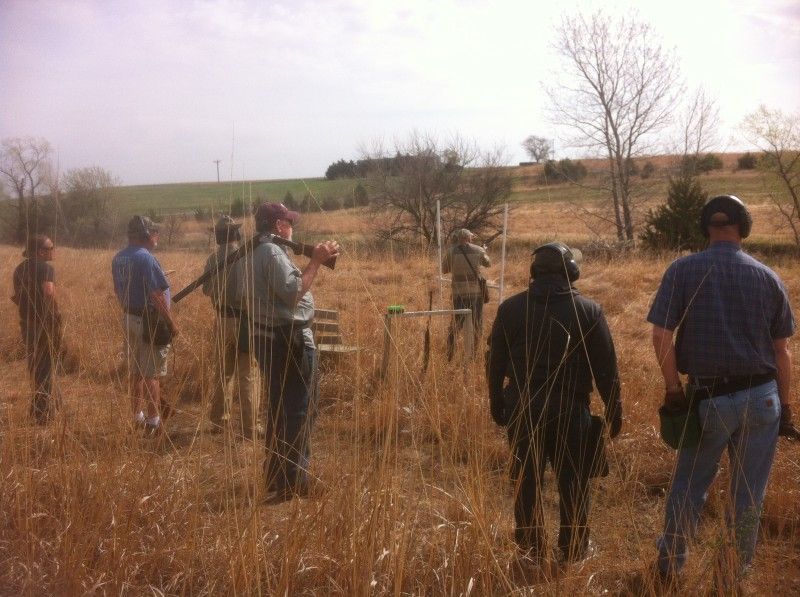 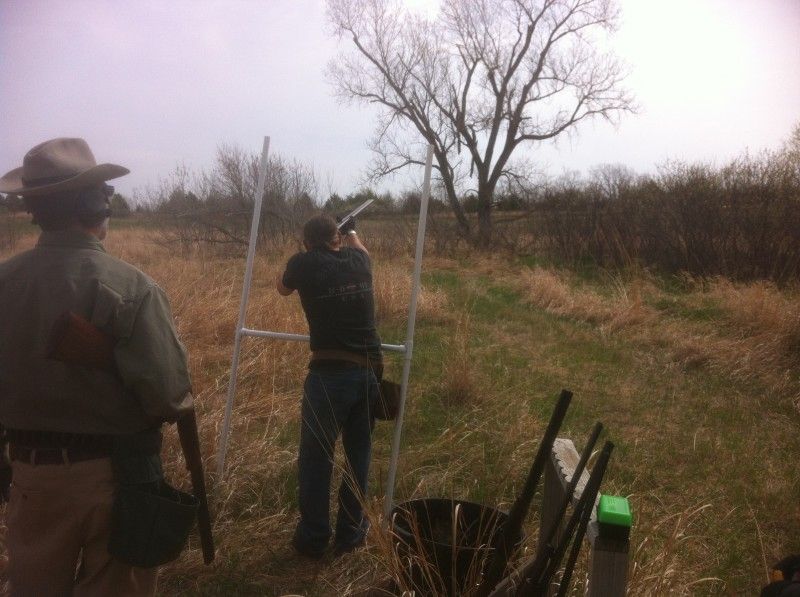 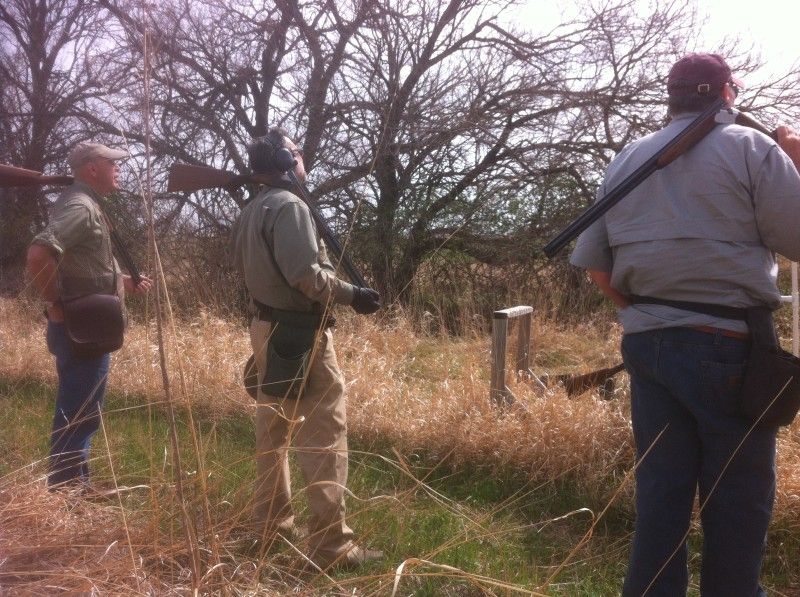 Ex Vietnam military intelligence dude about to smoke a clay with his 28-ga: 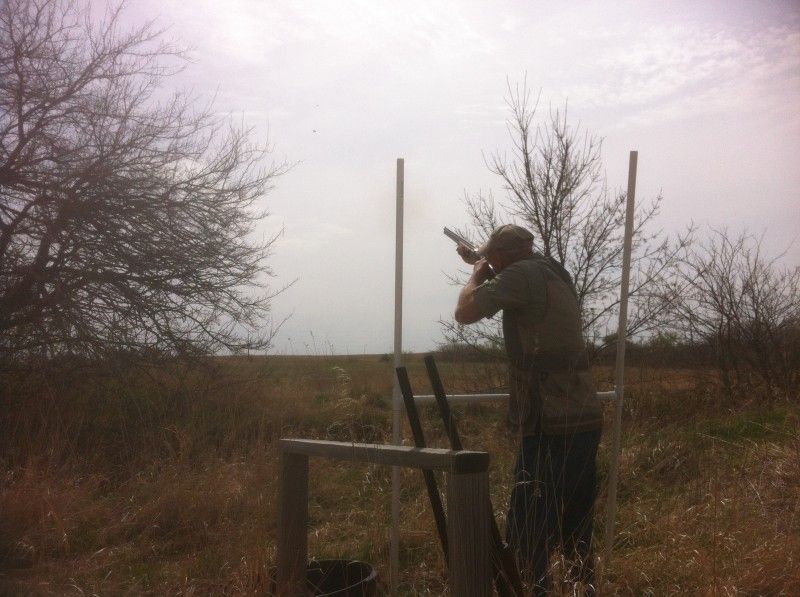 Some of the guns - my little .410 on the right and the silver-barreled shotgun is an old 10-ga: 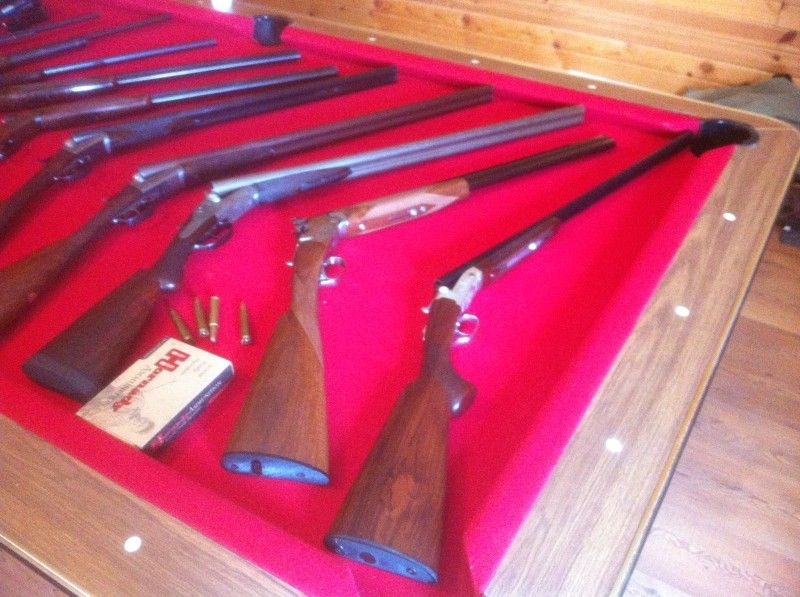 1911s were the order of the day - a Glock crashed the party later that night (and was promptly snuck off and placed in the kitchen next to the trash-can to keep it company): 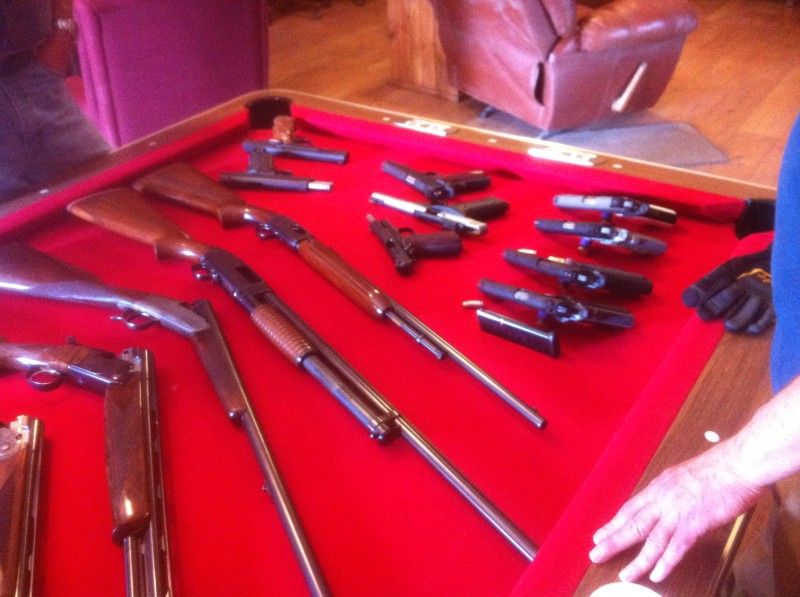 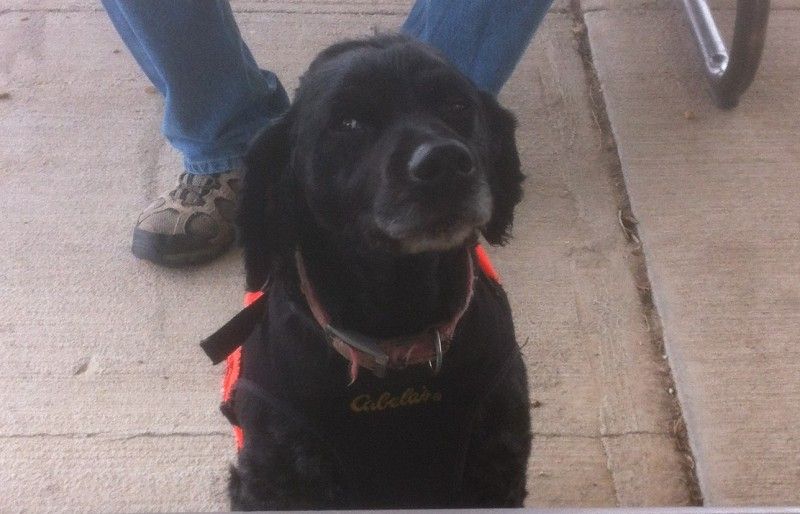 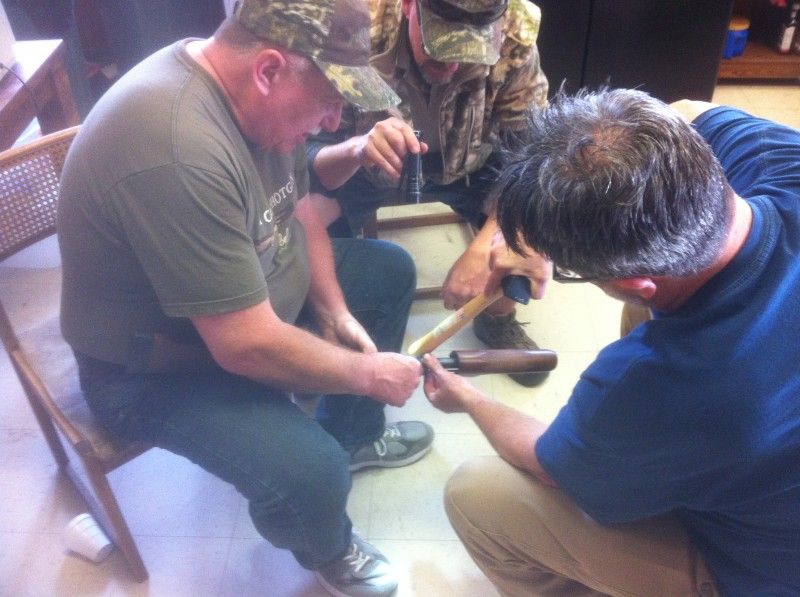 View into the kitchen - couldn't get a decent shot: 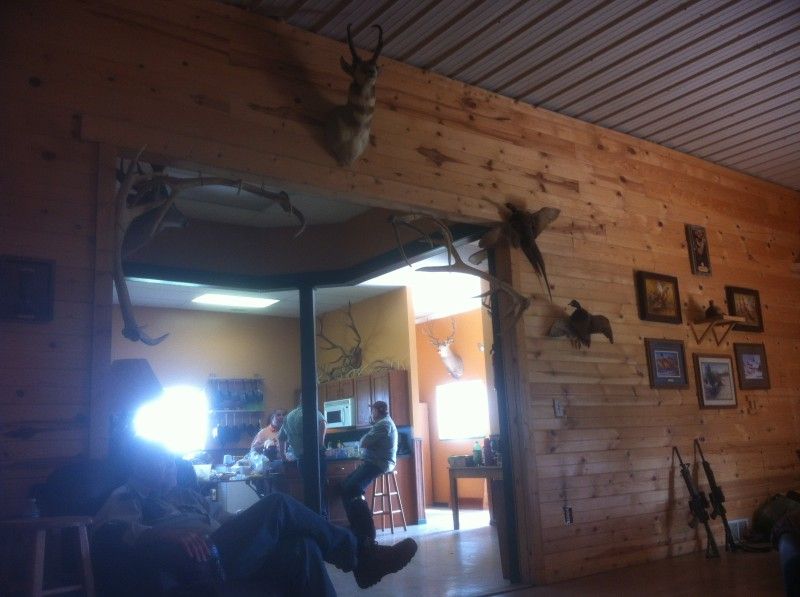 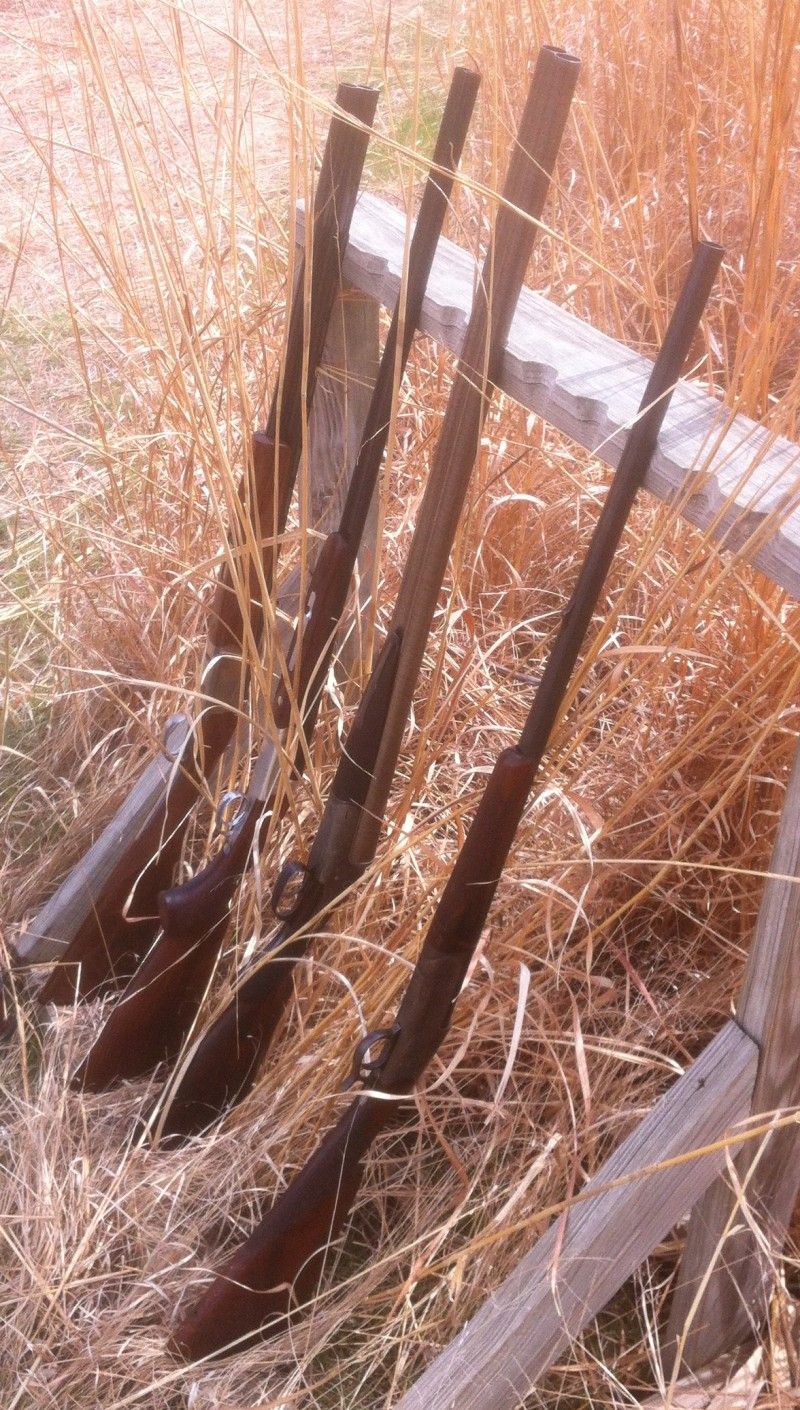 Some folks even shoot after hand surgery: 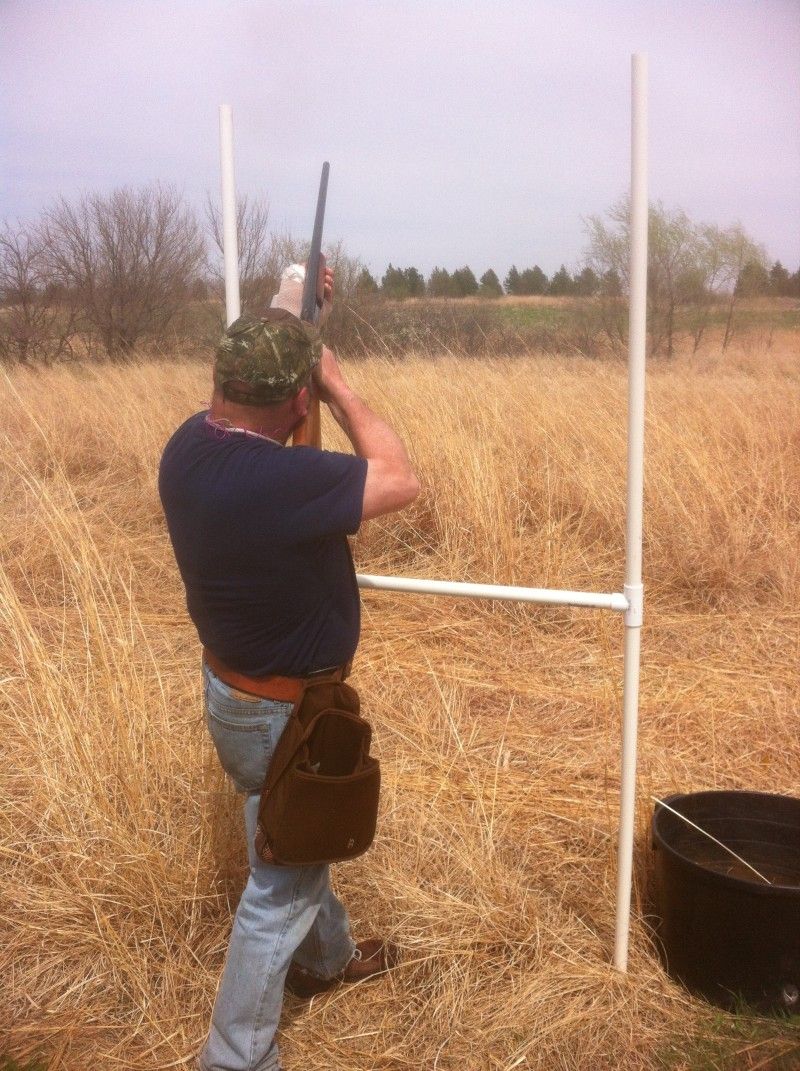 Poaching off to the side was encouraged if the shooter missed - funny as hell: 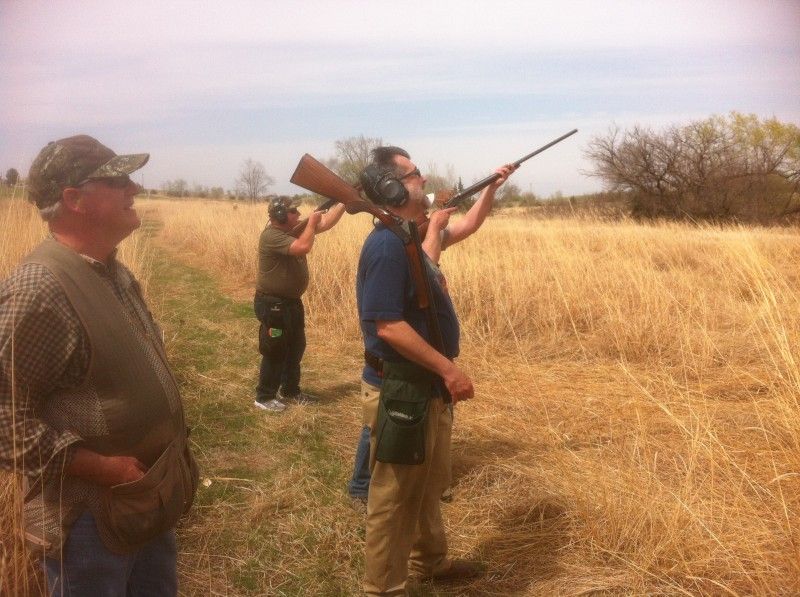 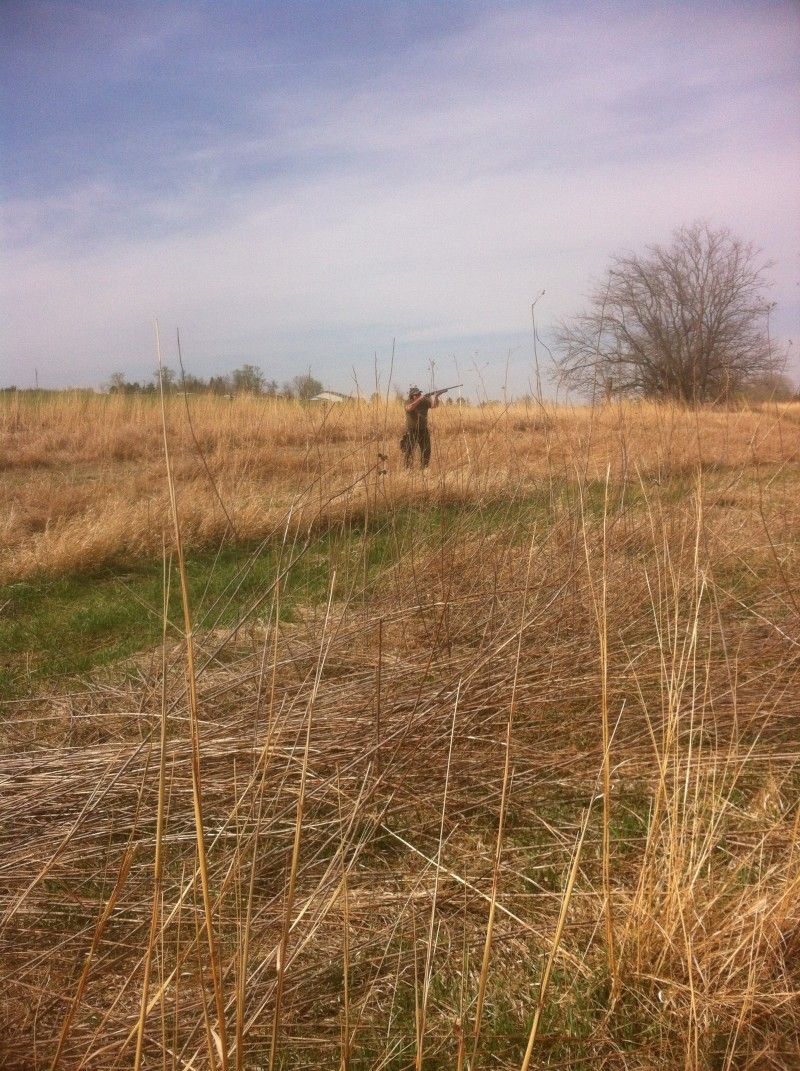 Tony, Mr Mister 10-ga, getting onto a fast-mover: 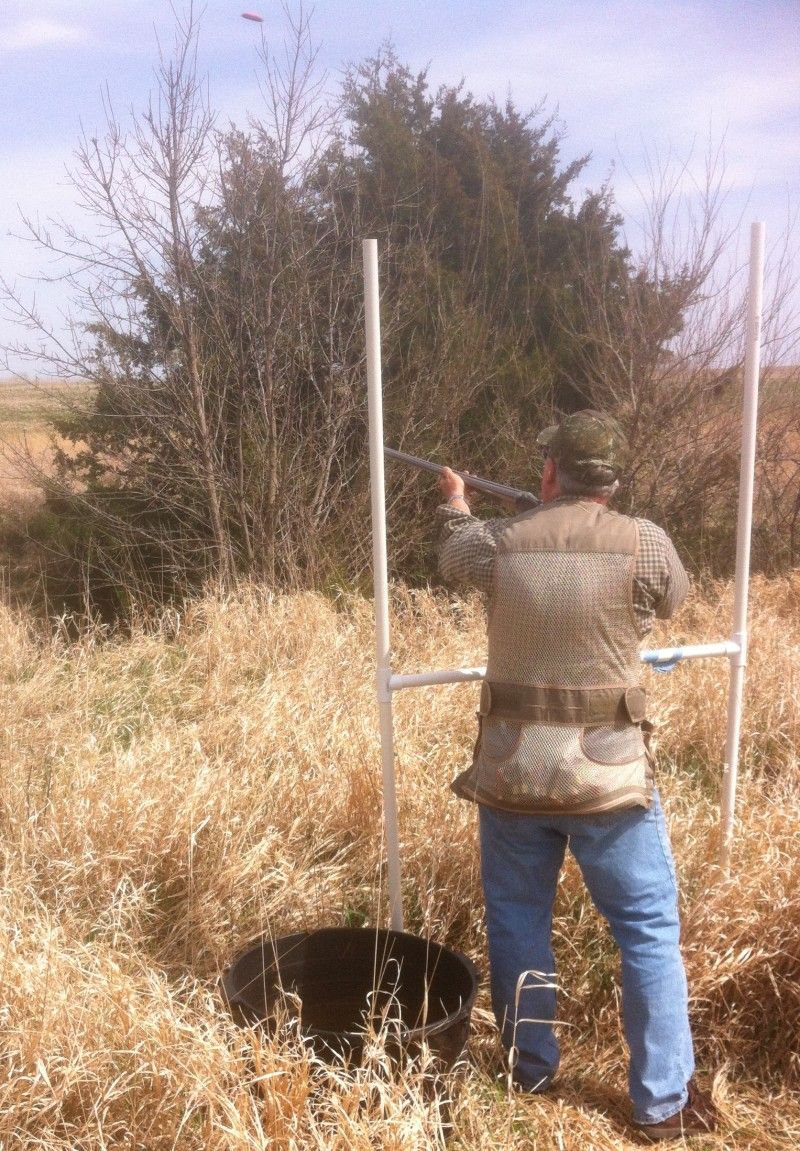 Just a random pic (the shotgun over the shoulder was locked open): 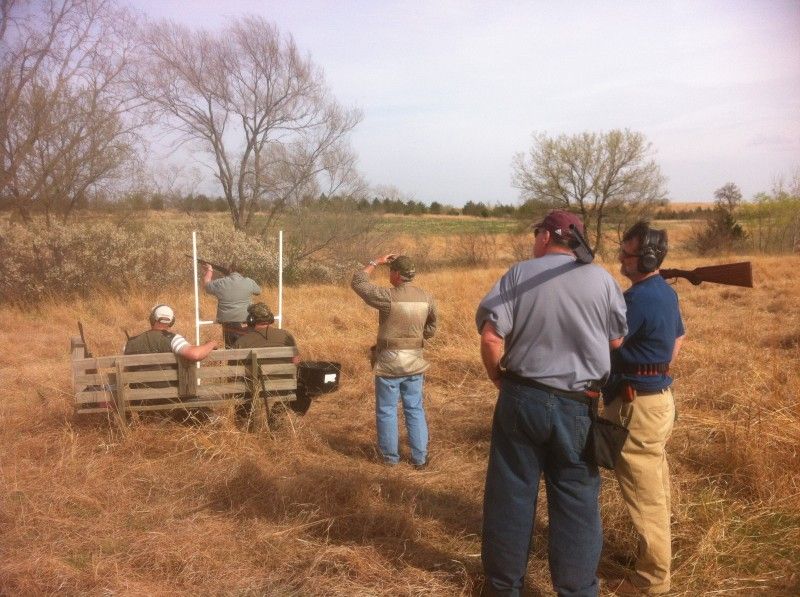 That looks like a lot of fun. Sporting Clays always is.
There was quite an assortment of guns on the table.
Do I see a little Model 42?