When the couple got out of their car, a man approached them, pulled out a gun and demanded their belongings and cash, officers say. The husband turned the tables on the crook and pulled out his own weapon.

sounds like the thief should have chose a different profession, that one don't suit him


from a non-recovering coffeeholic

Good for the husband, well done. Too bad he now has to spend money on an attorney for the grand jury and deal with that stress on top of the stress he may feel already.

The way the article reads, it sounds like they were going to go into the bar and he was carrying? Wonder how the GJ will feel about that.

Polarbear6 said:
The way the article reads,
Click to expand...

The way it reads and factual writing are nuances of the trade.

Words can be strung together that are factual, but leave a different impression.

If you watched the news clip, the anchor-boy said "and could face charges". It is a fact because a Grand jury hasn't heard the case yet. And even though the likelihood of charges being brought are almost nil, saying that its possible leaves the audience thinking that what the guy did was potentially wrong and illegal.

The article simply says the shooter drew his own gun.
Maybe the writer failed to say the shooter was still in his car when approached, pulled the gun from the console and shot.

I don't know, I wasn't there. But it is just as valid a scenario as the other.
The lack of details certainly slants it towards the shooter being in the wrong in some form or fashion.

the perp should have done more market research apparantly


I would be interested to know if the citizen/victim got to keep his weapon or if the cops took it until the investigation was completed.
Last edited: Mar 11, 2014

Luvs me some ventilated thug news in the A.M.

Moonpie said:
Luvs me some ventilated thug news in the A.M.
Click to expand... 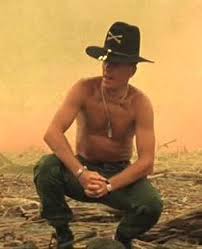