How often do you practice pistol shooting? 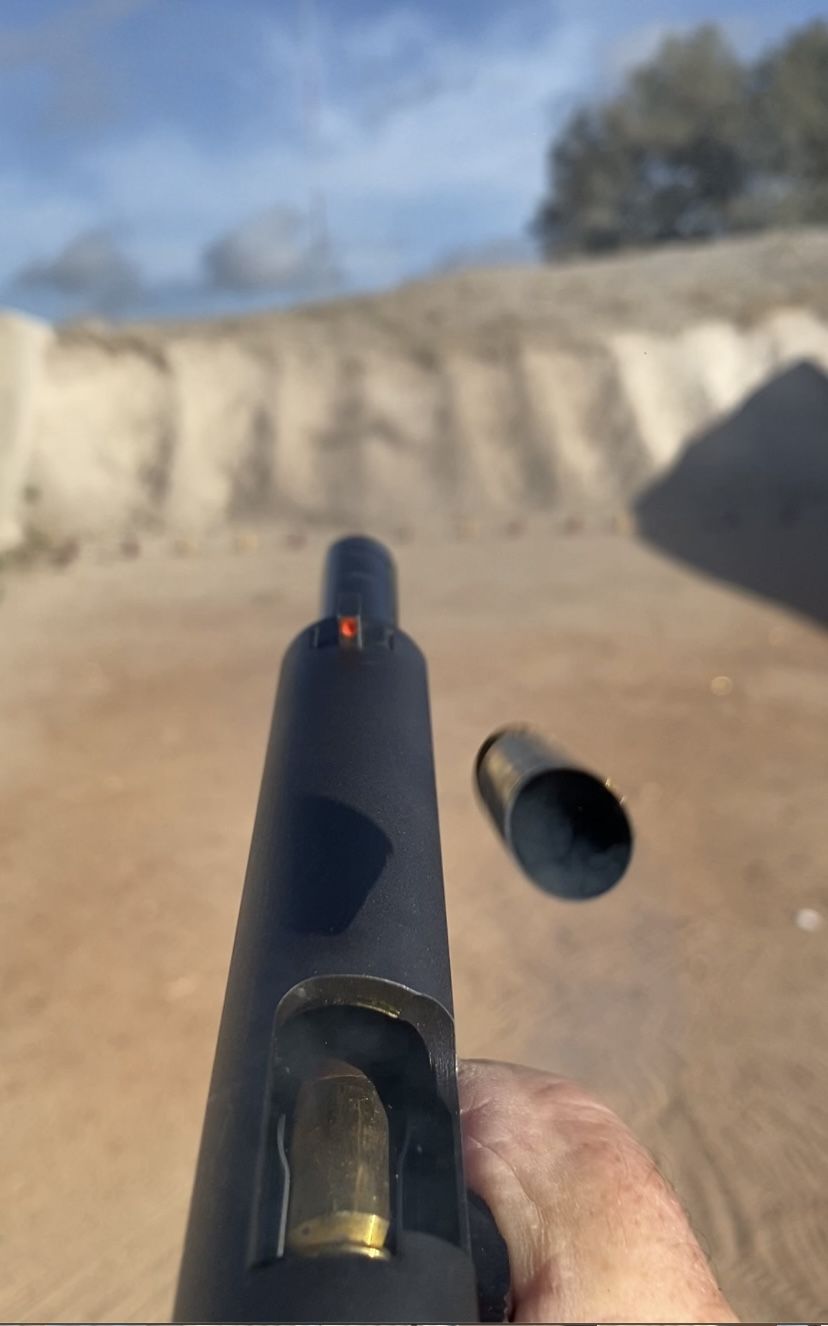 I hate indoor ranges' ! So not as much as I would like.

Does anyone else besides me think this pic is awesome?

Cause I think it’s awesome. Can’t wait to see the one he posts for full auto day.

Cool shot. Did you take that with your cell phone?


Sam7sf said:
Cool shot. Did you take that with your cell phone?
Click to expand...

I moved from a remote 13 acres surrounded by Nasty Forest in SW Colorado to Lake Granbury 3 years ago. I have a 100 yard range and a pistol range in Colorado and shot weekly. Now I have to pay to play so shoot pistols once a month and rifles at my Panhandle family ranch every other month (500 meter and 100yard ranges there) but it is a 4 1/2 hour drive. I would love to find a shooting club with a range even if only black powder and .22. Anyone know of one near Hood County?

I wish I could get out weekly!

Dry firing is everything. You can do it in the garage
L

CaliGunner said:
How often do you practice pistol shooting?

Reason I ask is because in my recent LTC class to get my LTC 100 documentation, in my group, out of 5 people, 3 failed to get the 275 points required on target. I passed with flying colors obviously, and a guy who was a vet in OEF was actually shooting next to my lane, passed as well. I felt like I wasn't even trying. Normally, I am shooting pistol about once a week, though since I moved to Texas, I'm only shooting about once a month (that will change very soon).

We both looked at each other as they were grading the other guy's targets and was surprised at how many misses these dudes were having. I mean, we're talking 50% of shots missed at 3,7, and 15 yards.

One of them was shooting a Buckmark 22lr which I thought was a tack driver. Maybe I'm wrong.

Anyway, DPS sent me an e-mail and said my application is moving forward, 45 days until my LTC is in the mail hopefully!
Click to expand...

I try tobpractice in my own hallway once oe twice a month. I have both an airsoft and a bb pistol which mimic my carry gun so closely they both fit well in my carry holster. Both are also blowbacks, ao recoil is mimiced, also.

Orionsic said:
Dry firing is everything. You can do it in the garage
Click to expand...