McCrae's "In Flanders Fields" remains to this day one of the most memorable war poems ever written. It is a lasting legacy of the terrible battle in the Ypres salient in the spring of 1915. Here is the story of the making of that poem:
Although he had been a doctor for years and had served in the South African War, it was impossible to get used to the suffering, the screams, and the blood here, and Major John McCrae had seen and heard enough in his dressing station to last him a lifetime. As a surgeon attached to the 1st Field Artillery Brigade, Major McCrae, who had joined the McGill faculty in 1900 after graduating from the University of Toronto, had spent seventeen days treating injured men -- Canadians, British, Indians, French, and Germans -- in the Ypres salient.
It had been an ordeal that he had hardly thought possible. McCrae later wrote of it:
"I wish I could embody on paper some of the varied sensations of that seventeen days... Seventeen days of Hades! At the end of the first day if anyone had told us we had to spend seventeen days there, we would have folded our hands and said it could not have been done."
One death particularly affected McCrae. A young friend and former student, Lieut. Alexis Helmer of Ottawa, had been killed by a shell burst on 2 May 1915. Lieutenant Helmer was buried later that day in the little cemetery outside McCrae's dressing station, and McCrae had performed the funeral ceremony in the absence of the chaplain. The next day, sitting on the back of an ambulance parked near the dressing station beside the Canal de l'Yser, just a few hundred yards north of Ypres, McCrae vented his anguish by composing a poem. The major was no stranger to writing, having authored several medical texts besides dabbling in poetry.
In the nearby cemetery, McCrae could see the wild poppies that sprang up in the ditches in that part of Europe, and he spent twenty minutes of precious rest time scribbling fifteen lines of verse in a notebook. A young soldier watched him write it. Cyril Allinson, a twenty-two year old sergeant-major, was delivering mail that day when he spotted McCrae. The major looked up as Allinson approached, then went on writing while the sergeant-major stood there quietly. "His face was very tired but calm as we wrote," Allinson recalled. "He looked around from time to time, his eyes straying to Helmer's grave."
When McCrae finished five minutes later, he took his mail from Allinson and, without saying a word, handed his pad to the young NCO. Allinson was moved by what he read: "The poem was exactly an exact description of the scene in front of us both. He used the word blow in that line because the poppies actually were being blown that morning by a gentle east wind. It never occurred to me at that time that it would ever be published. It seemed to me just an exact description of the scene."
In fact, it was very nearly not published. Dissatisfied with it, McCrae tossed the poem away, but a fellow officer retrieved it and sent it to newspapers in England. The Spectator, in London, rejected it, but Punch published it on 8 December 1915.
In Flanders Fields
By: Lieutenant Colonel John McCrae, MD (1872-1918)
Canadian Army
In Flanders Fields the poppies blow
Between the crosses row on row,
That mark our place; and in the sky
The larks, still bravely singing, fly
Scarce heard amid the guns below.
We are the Dead. Short days ago
We lived, felt dawn, saw sunset glow,
Loved and were loved, and now we lie
In Flanders fields.
Take up our quarrel with the foe:
To you from failing hands we throw
The torch; be yours to hold it high.
If ye break faith with us who die
We shall not sleep, though poppies grow
In Flanders fields.

McCrae died on January 28, 1918 of pneumonia with "extensive pneumococcus meningitis" while still commanding No. 3 Canadian General Hospital (McGill) at Boulogne. 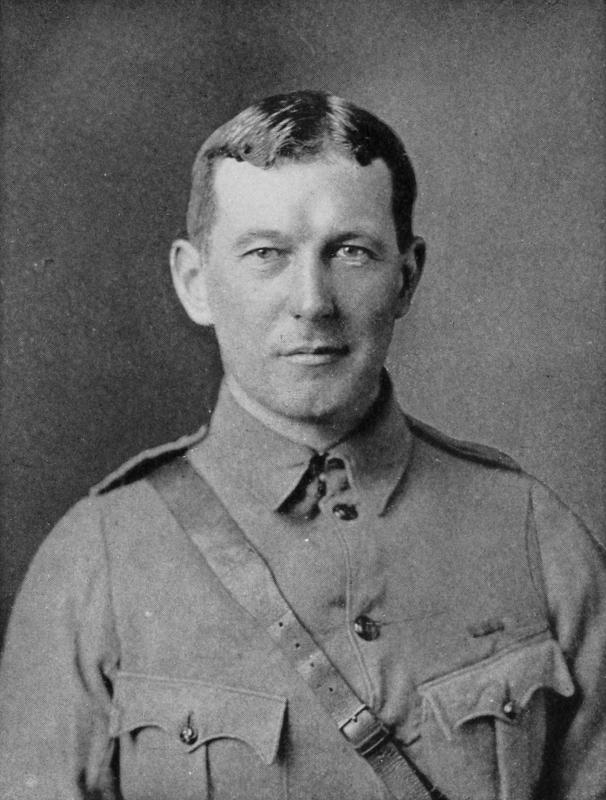 I was stated in southern Belgium with NATO and spent a lot of time visiting WWI battlefields and memorials. It is an amazing and solemn place.

very fitting for this day

What I miss most about Canada is marching to the Cenotaph every Remembrance Day and listen to the Chaplain read this poem right after the moment of silence at 1100hrs. Then off to the Legion for a wee dram and fellowship.
C

There are many response poems to Lieutenant Colonel John McCrae's poem, and at over 30 Remembrance day services I have heard a number of them. Usually they were read by a young soldier or a cadet, sometimes a student or Scout. Although they varied in their content, they all pledge to keep the faith.

Ok, it's been a few days now. Did not want to move this thread off track too much.


The pictures in the video are from WWII even though the original lamet is about the WWI.

Sgt. Charles Stuart MacKenzie went to fight in France during World War I and was shot in the shoulder. The military sent him home to Scotland for treatment, where the surgeon wanted to amputate his arm. Sgt. MacKenzie refused, stating that he had to go back to his men. While recuperating in the hospital, he was asked what it was like to kill "the Hun" (as the Germans were called then). He replied, "what a waste of a fine body of men". His last picture, with him in uniform, was taken on the steps of the hospital. This picture hung in his home above the fireplace. Upon his return to the front, he and his men were engaged in fixed bayonet combat. The composer says,