It's the ammo right?

So this morning I went to the range with my G19. I have maybe 8-900 rounds threw it without a single
malfunction. All of that ammo has been brass cased ammo like Winchester and CCI Blazer. So you know the ammo crunch
has been running shelves dry and I decided to buy some Wolf Polyformance online. It was cheap and available. Long story short
I had several malfunctions, all of them were fail to fire. The gun was in battery but when I pulled the trigger I got no bang. All the
rounds that failed were loaded back up and fired again with no problem. Never had a problem with brass but I think this has to be
the ammo. I have fired thousands of rounds of wolf threw my AK with no malfunctions at all but never used 9mm steel case wolf. I
got a couple pictures of the ammo I was using. So have any of you guys experienced this with wolf 9mm? 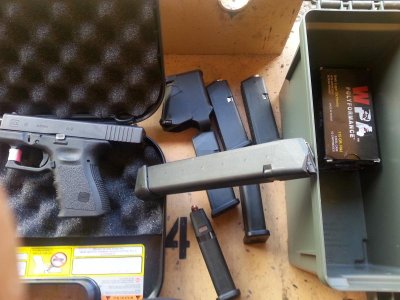 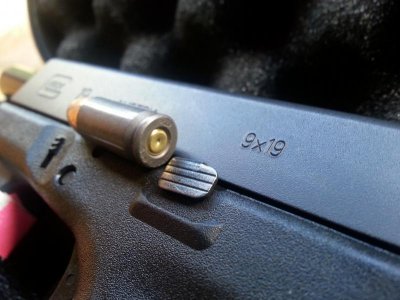 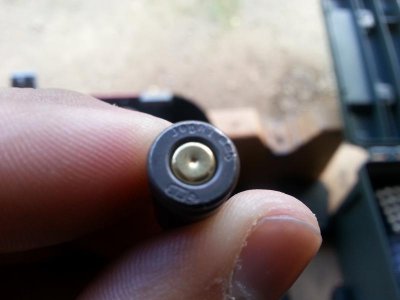 My personal experience is that "Russian primers are hard" is true across the board. I have plenty of Russian 7.62x39 that is 100% reliable in my SKS but fails 10% of the time in my CZ 527 bolt rifle and 40% of the time in my single-shot target pistol (a Competitor CP-1).

To be more directly on topic, I've had similar results with Wolf 9mm ammo. I haven't been quite as unlucky as you were in this case but I've experienced something very similar.

It's the ammo, no question. I can't speak to the ammo you used, but S&B ammo has always given me ignition problems on striker fired guns, and my Sigs with reduced power springs.

I've had the issue on Monarchs. Didn't see the country of origin though.

Had some real similar problems like that last time I shot my M&P with Wolf. I know the one case I have is an older one, and that's where the bad ammo was from. Never had a problem with it before. Might just be my luck I got a full case of a bad batch.
R

So i'm guessing that this ammo has to be more reliable in hammer fired pistols than striker fired.

It's the ammo.
Russian stuff tends to be harder and then you may have ammo with primers designed for open bolt sub machine guns. Striker fired guns don't hit the primer softer than hammer fired guns. It's just an ammo problem. There is a resin it was cheap and on sale.


Sent by a idjit coffeeholic

You get what you pay for.

Yessir, your choice of ammo snuffed out a gun that should have run 100%.

rifletex91 said:
So i'm guessing that this ammo has to be more reliable in hammer fired pistols than striker fired.
Click to expand...