For those who don't know, Jason Everman played guitar with Nirvana and bass in Soundgarden (before both bands hit big), and later served in the U.S. Army as an Army Ranger and Green Beret.

And that was a great speech! I completely understand his analogy how the unconventional nature of punk rock (and ultimately grunge) led to his decision to join the Army and ultimately SF; but the lack of satisfaction in the music industry was a major factor as well.

The dude is a modern day warrior monk whose decision to join the Army was allegedly influenced by Renaissance icon Benvenuto Cellini who stated that "a well-rounded man is an artist, warrior and philosopher."

Everman actually took a break from the Army to travel to Tibet and worked and studied in a Buddhist monastery before returning and joining SF. He later separated after 12 years of service and went on to earn a Bachelor of Arts in philosophy from Columbia University and currently is pursuing a Masters in Military History from Norwich University as of 2017.

He has my respect.

Didn't disco start in the 70s? I don't call that music anymore than rap

Sent from my SM-G960U using Tapatalk

I went to a disco once, but made up for it when I went to this!
https://en.wikipedia.org/wiki/Disco_Demolition_Night
Last edited: May 6, 2019

gshayd said:
I grew up in the 60s and 70s when they made real music
Click to expand... 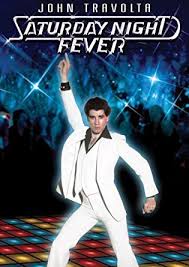