between San Antonio and Austin

I've heard liberals described as 'someone so open minded that their brains have fallen out'.

Wudidiz said:
...or untrue via Snopes.
Click to expand...

Unless you're checking on whether an actual corpse was used as a prop in a California spookhouse (it was), Snopes is not a reliable source. Their hard-left political bias has been blatant since at least the '90s.

My wife has an IQ of 158 while mine is 132. She is highly intelligent but with NO common sense.

Aüslander said:
I've heard liberals described as 'someone so open minded that their brains have fallen out'.
Click to expand...

In my experience, liberals tend to be the most closed-minded people you can meet. They will only accept facts that fit their bias, they will consider you "uneducated" and "misguided" at best if you disagree with them, or "racist" if you disagree with them twice. The "freedom" they support is the freedom to be obedient to their rigid belief system which will quite simply ignore the existence of any reality that does not go along with their narrative.

They're not open-minded, they're indoctrinated.
T

I don't think stupidity is an all encompassing trait of commies.

Some are smart, but evil to the core. The are some who are big time idiots- AOC comes to mind. 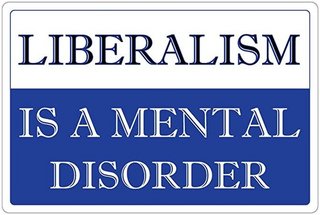 between San Antonio and Austin

The key part is that they started off open-minded and then they lost their minds and ability to think, reason, discuss.

I agree, they do not remain open-minded - they are driven by fear and a longing for acceptance/the spot light. They are mostly narcissistic and look for confirmation from the group via their virtue signaling.

Does your IQ have a shelf life?
I imagine it would decline with age.
Pretty sure it's true in my case...
ETA:
Hmmm, not quite what I expected. 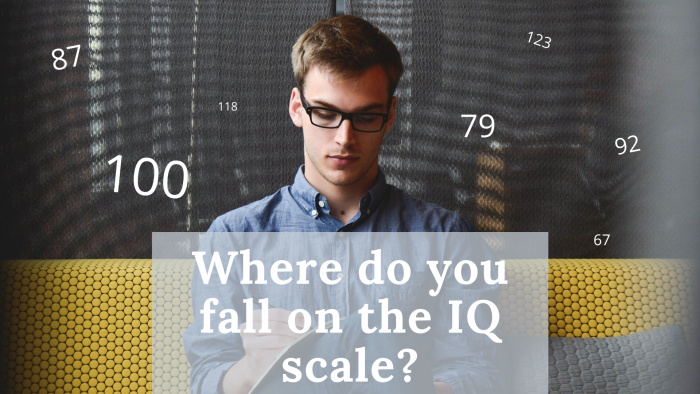 One of the main factors to take into account when looking at an IQ score is the age of the person that has taken the test. IQ scale: IQ charts by age. Different scores mean different things depending

Conservatives deal with reality as it is. Liberals deal with the world as they envision it to be.

Take any subject, say medical care. A Lib will say, "Everyone should be able to get medical care." They will then want that "feeling" to become a government program. A Conservative will say, "There's no such thing a free medical care. If you put the cost of medicine and the cost of a new government bureaucracy together, it will actually cost much, much more, and who's going to pay for it? This is the reason we set up charity hospitals, so that we could care for people who are in genuine need." The Lib responds that the Conservative is "heartless and evil"; the Conservative responds that the Lib is "brainless".

OK, this is a gun forum, so let's take gun control. Some dipshit who has no life decides to go out in a big splash of infamy and so he finds a daycare center or some other soft target and goes in and murders some kids. The Liberals wail that if there just were no guns, that poor misguided youth couldn't have hurt those innocent victims. Conservatives will point out that the evil troll would have just used some other tool for killing. Conservatives will say, "Yeah, someone should have been able to shoot his sorry ass before he could do as much harm as he did. The REALITY is that there is evil in this world and you can't ignore it, you have to stand up and deal with it. If you pass a law against guns (or anything), it ONLY APPLIES TO LAW ABIDING CITIZENS. Criminals, by definition, ignore the law. If they can bring in tons of cocaine, they can bring in tons of guns." The Libs will respond that we just need the government to have more control so that we can all be safe (and, presumably, all just hold hands and sing "Kumbaya".) Conservatives will point out that we need private ownership of guns to prevent the government from being too powerful. After all, Hitler could not have loaded ARMED people into railcars and shipped them to concentration camps. Libs will respond that this is why we need good socialists running the government, so they can crush anyone who might be a "fascist". Conservatives will say, "Look how well that works out in Russia, China, N. Korea, etc." Libs will respond that they can "envision" it working. Dreams vs. Reality.

Now, why is Liberalism (and the associated socialism/communism) so popular in the USA today? Well, partly because we let that happen, esp. by letting libs run our schools. But the big thing is that it SELLS well. Think about it: Commercials are rarely about FACTS. They are always about FEELINGS. Why? Because FEELINGS SELL, but FACTS ARE BORING. You ignore the warning list of side effects to drugs that are advertised. "May cause vomiting, diarrhea, blindness, coma, death, body parts may fall off, etc." But you buy pizza when you see a happy family all reaching for slices. Liberalism is all about feelings, even if it means totally ignoring the facts. Wouldn't you feel better if your student loans went away? (Cons: "Yeah, but won't that mean that you'll just make me pay more taxes for the rest of my life?") Wouldn't you like to feel safe at night? (Cons: "That's why I stockpiled ammunition.") We can fight inflation by raising taxes and spending lots of money! (Cons: "Did any of you ever study economics? That will do exactly the opposite of what you say it will do! Look, it didn't work for Jimmy Carter...") Don't look behind the curtain! Ignore that man! Look at the show we're putting on! We've got all of Hollywood lined up to tell you how wonderful life can be once you throw away your religion and real science and math and all that boring stuff....

Aüslander said:
The key part is that they started off open-minded and then they lost their minds and ability to think, reason, discuss.

I agree, they do not remain open-minded - they are driven by fear and a longing for acceptance/the spot light. They are mostly narcissistic and look for confirmation from the group via their virtue signaling.
Click to expand...

They don't begin open-minded as far as I've seen. They begin arrogant, selfish and self-centered and build from there. Their whole worldview is built in petulant childishness and 'because I say so'. Their attitude toward minorities is to treat them like idiot children who can't make it in the world without a white savior, and who could never possibly be equals. The party of narcissism is not made up of people who were ever open-minded, it's made up of sociopaths.

Every posting to this thread so far has hit the nail on the head.

Only thing I could add to it is the one other thing I’ve noticed about people who buy into liberalism these days. They are very racist, while pointing the finger at everyone else.