Boom, there he is...
Nasty, stinky, wary old boar that has had a hard life.
Weighed a little over 260 with worn cutters on left side and black impacted nubs on the right side.
Taken in Western Bastrop county with a 6.8x43 using 120gr SST handloads with a Pulsar DigiSight N750 on top and recorded on an Angel Eye DVR. 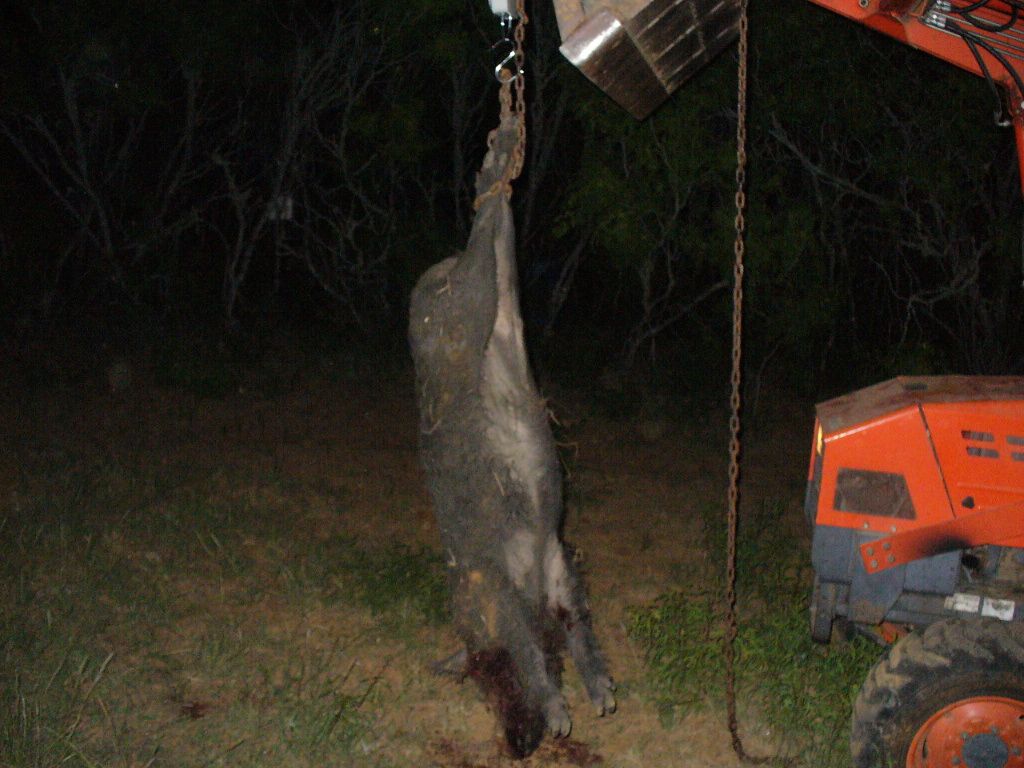 Another nice one. Appreciate the cleanup shot.

Did you get any bacon or was it eat up with the bugs?

This one qualifies as "Buzzard Bacon"...
He was old, nasty, beatup, had rotten teeth on the right side, missing chunks of his ears and nose.
And, I was glad he was hanging on the downwind end of the tractor while moving and weighing him!
He was definately in decline.

I checked the game camera late yesterday and less than an hour after I removed him, there was a nice sounder there, cleaning up the corn line I had put down.
I was stomping all over, drove the 4 wheeler right up to him to check him, walked around a little, then went and got tractor and stomped around some more so the sounder doesn't appear to fear humans, yet...that will change.
Have a long list of friends and relatives waiting in line so it's time to switch to "bacon mode" again.

Seems like a good hog to dump and bury.