andre3k said:
LOL, probably not protestors. There were a few graduations at Toyota Center today.
Click to expand...

Yeah, I found that out later. According to some news sources that area was being used as a protester staging area and the protesters were more or less in the way of the folks attending graduation ceremonies. So I really have no idea of the proportion of each.

There were still thousands of protesters. When I think back to the last time the NRAAM was in Houston, when only about a dozen protesters showed up, I find the contrast quite stark.

benenglish said:
There were still thousands of protesters. When I think back to the last time the NRAAM was in Houston, when only about a dozen protesters showed up, I find the contrast quite stark.
Click to expand...

I went Friday, parked at the garage across the street from GRB. There were few protestors out when we crossed the street at 0800. We left at 1230, crossed the street to the garage, and there were many, many more protesters, probably a couple hundred, but nowhere did I see thousands of protesters. They were loud, vile, and profane......typical looney liberal leftists. I simply smiled and waved at them.

I don't know if anyone noticed, but two vendors absent were Daniel Defense and ......SIG SAUER. That's right, no SIG presence at the NRA Annual Meeting. Very strange, if you ask me.

For those of you going Saturday......take care and be exceptionally aware of your surroundings. Those idiots can be dangerous! But.......I'm thinking HPD, HCSO, DPS and others are more than capable of doing their jobs and taking care of business.

dmwz71 said:
no SIG presence at the NRA Annual Meeting
Click to expand...

Now that they have those huge military contracts they probably think they are HK and can hate civilians now. 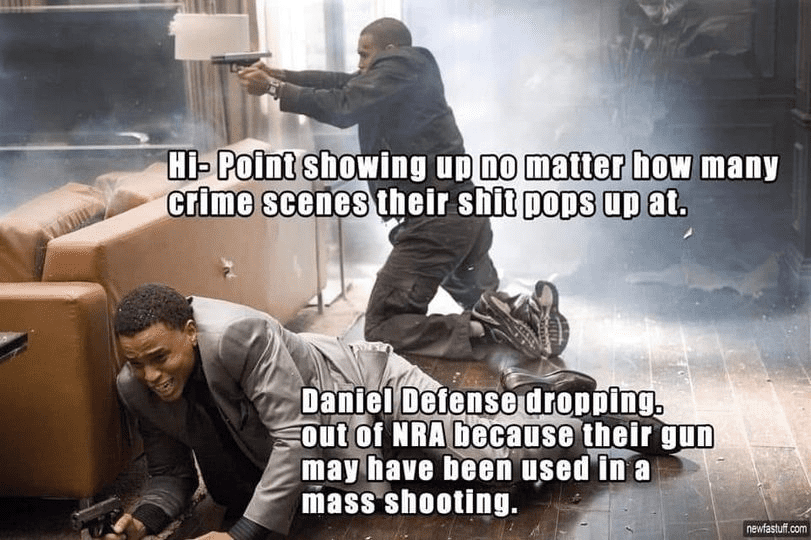 benenglish said:
Yeah, I found that out later. According to some news sources that area was being used as a protester staging area and the protesters were more or less in the way of the folks attending graduation ceremonies. So I really have no idea of the proportion of each.

There were still thousands of protesters. When I think back to the last time the NRAAM was in Houston, when only about a dozen protesters showed up, I find the contrast quite stark.
Click to expand...

Probably because of the latest current events.

I went to the NRAAM Friday and stayed all day. I only saw a handful of protesters in the early morning, and later it grew to maybe 1 or 2 hundred, but NOT the THOUSANDS that have been reported. Not even close. When I left about 5:30, there were maybe 50 protesters still out there. One was along the path I had to take to the parking lot. He stood there with a sign and had his mask on (for Covid-19 or to cover his identity??) He said nothing and I ignored him completely.

The meeting was a lot of fun, though I was exhausted after walking the entire show. Trump gave a very nice speech which was broadcast to the show floor. One thing that was particularly on the mark was his comment that schools should not be "soft" targets.

There were some grumblings from the exhibiters about the crowd maybe being a little smaller because of both protesters and because it was on Memorial Day weekend. Also disappointment with Gov. Abbott, Lee Greenwood, Daniel Defense (which is consistently a big supporter of NRA and Friends of NRA). Several big companies were clearly not there, including Sig Sauer and Mauser. Also I think there were fewer antique exhibiters than in the past - probably because of the Memorial Day timing. The NRA store, which usually gets wiped out quickly, had tons of stuff sitting there untouched. They put t-shirts and mugs on sale to try to keep them moving. A word of caution: a lot of the stuff was marked 2021, so it was leftovers from the cancelled NRAAM last year.

Still, some companies had really nice exhibits. I got to see a new Texas Ranger commemorative Winchester rifle that is coming out this year. Beautiful engraving and stock!! Only 200 will be made, so I got to play with a rifle worth more than my pickup. Ruger had a large booth with lots of their high level execs meeting with people. They got an earful of suggestions for continuing the Marlin line. I think they were a little surprised. Lots of knife companies were there. Buck had some really cool new knives.

I talked to all the ammo and component folks (including the very nice folks from Dillon). They tell me that ammo availability is slowly improving, but don't expect to see primers at any decent price for quite a while. Ammo production is getting top priority and reloaders will be scrounging for the foreseeable future. A lot of gunpowder comes from Australia or Europe, and the problems at the shipping ports is hurting powder suppliers very badly. They get it in drums and repackage it for reloaders. The weirdness of what's available has to do with how it's arriving to them.

benenglish said:
This one's just for fun. You'll have to take my word for it because the picture is so blurry but you could get a demo and buy a set of ratcheting pruning shears. No, that's not a typo.

Why these people were exhibiting at the NRAAM, I have no idea.

Hah! My wife bought his small, handheld, ratcheting pruning shears. I have no idea why he was there, but he claimed he comes to the NRA show every year. There was also a vendor selling some kind of sprayer attachment for hoses in the 100 aisle or so, all the way at the end. Kubota tractor was there, too.... I guess getting firearm-related companies is becoming more difficult as the democrats destroy the 2A, so the marketing peeps for the NRA just bring in any random company that will buy space?

Had to take my Trump pics down.

Good question. Our Chief is weird about us posing with political figures in uniform and posting it online. It just depends on who the person is. If it was Obama, it wouldn't be an issue.