.
is a Red Dot on a pistol any good for accurate target shoot (like a Laser is not) or is it more for a "Gun Fighters" pistol ? thanks

I would think they would be real good for accurate target shooting.

I've been out of the loop these last few weeks. Your link is the first I've noticed that they will mount a DeltaPoint for you.

Maybe a rule you could go by is something like an RM02 or RM07 for gunfighting or an RM06 for accuracy.

To be honest, I wouldn't hesitate to put an RM06 on a gunfighting handgun.

It is a deadly quick way of doing business, especially if you appendix-carry it like many of us carry those handguns.

This G19 is my sometimes-carry.

Good for accuracy and speed, IMO.

Red dots can allow a shooter to shoot very accurately with a pistol. The main limiting factor with the red dot itself is the MOA size of the dot as well as the shape. Ultimately accuracy is primarily a function of the skill of the shooter.

As far as shooting at speed, what I've found is that, for the average shooter, there is probably not a huge difference. Some average shooters might find that it feels "easier" for them to shoot fast with the red dot, and I attribute much of this to an increased level of relaxation due to the shooter no longer having to juggle front sight, rear sight, the target all while focusing on only one of the 3.

That being said, from a pure speed standpoint, I find there are some hurdles to overcome with red dots, that the average shooter might not yet have the capability to do and truly extract max performance out of the RDS setup. What I mean by that is, I would say there is probably not a massive difference in speed between an average shooter using a RDS, and the same shooter gaining a bit more experience and confidence in their abilities with iron sights. Without a solid and optimal grip method, upper body stance, followthrough, all the other fundamentals, and experience shooting at speed, a shooter is going to have a less consistent index and still spend time trying to find the red dot initially as well as trying to find the red dot on followthrough. All of that is really not any different than having to take time finding the iron sights. Ultimately, the best way to see what actual differences in performance are achieved for a given shooter is in consistency of group size (shoot B-8 bulls for score at 25yds+) as well as measuring the results on a shot timer (shoot some Bill Drills), same shooter shooting the same type of gun setup nearly identical, with the sight method being the difference. Anything else would be subjective at best.
E

And that is why I will never describe a firearm as being "accurate". I might say that a firearm is a "straight-shooter", but never "accurate".

In the case of fighting guns, I believe that even the idea of "accuracy" can be subjective.

As was maybe just said, a red dot may not be some sort of magical solution. The solution is a learning of the fundamentals.

When I shoot at a public range, I'm always struck by how poorly seemingly most people shoot.

They were never taught the fundamentals.

I wouldn't put a red dot on my defense pistols for one reason.

At this point I don't have the muscle memory to have the sight lined up immediately on draw. Playing with red dots I have to "find" the dot. Takes me longer to do that than it does to get the sights lined up because there's not much reference.

Younggun said:
I wouldn't put a red dot on my defense pistols for one reason.

At this point I don't have the muscle memory to have the sight lined up immediately on draw. Playing with red dots I have to "find" the dot. Takes me longer to do that than it does to get the sights lined up because there's not much reference.
Click to expand... 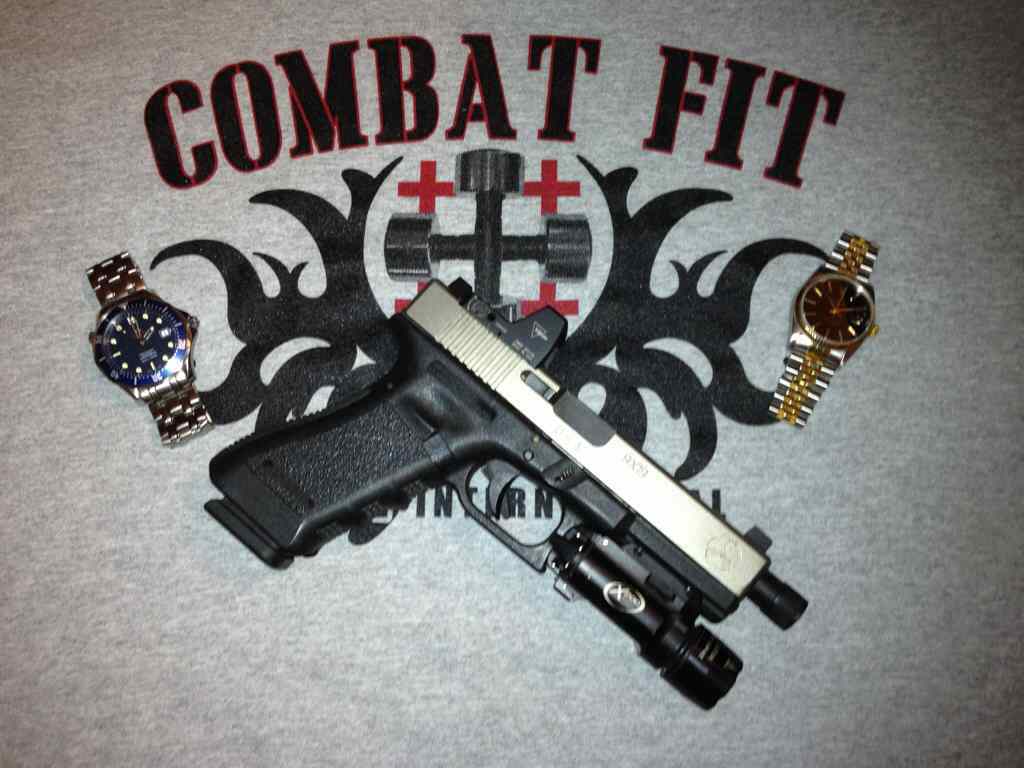 Notice the suppressor sights. They are the reference. Line up your irons and your red dot is sitting at the tip of your front sight.


The two most dangerous places in today's world:
1.) a gun free zone
2.) your comfort zone

SIG_Fiend said:
Red dots can allow a shooter to shoot very accurately with a pistol. The main limiting factor with the red dot itself is the MOA size of the dot as well as the shape..
Click to expand...

this sorta answers my question...

I believe what I'm getting is "yes, a red dot is good for accurate target shooting" (?)

thanks for the input folks

This is my Son's edc...a little too pimped for my taste. He has run courses at CSAT with it and performed quite well with it.

He did the stipple job and the jeweling of the slide. 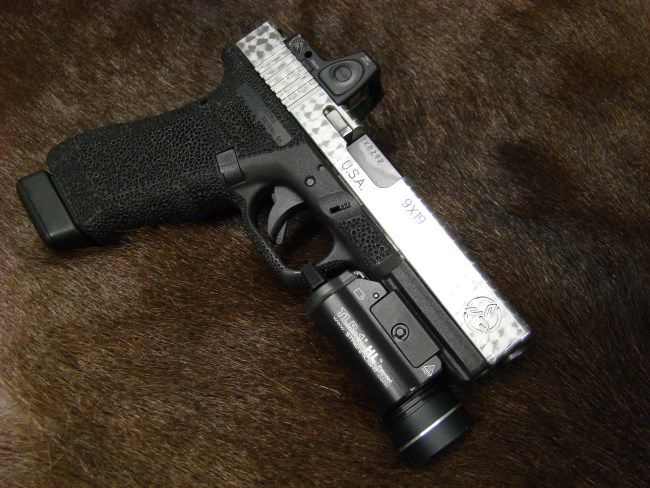 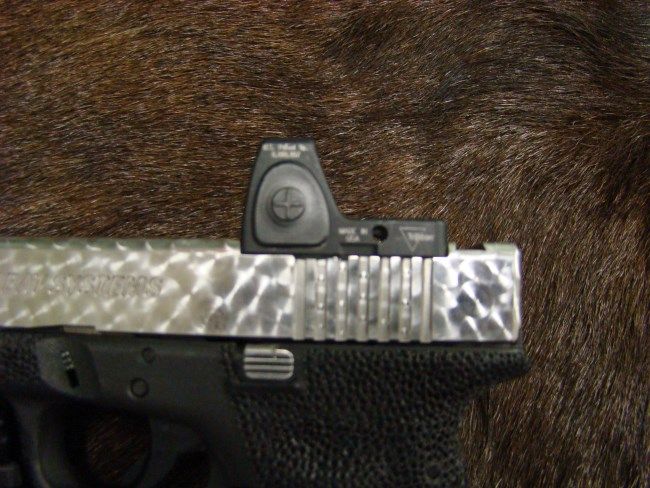