i like the idea
im thinking of getting one to carry

To carry in the woods for hunting or in case of bear? It's not too practical a weapon to carry for any other purpose.
L

I have two. I don't think I'd want to carry either all day long.

I've read the John Ross carries one of the 4" ones with a SmartCarry holster.

lunchbox said:
anyone own one


I guess there is no such thing as "overkill"...

I've read the John Ross carries one of the 4" ones with a SmartCarry holster.

how are they to shoot
what sizes do you have

A guy at the range the other day set up next to me and pulled out one. I lasted 3 rounds and then had to get up and move away from the concussion. What a gun.
L

lunchbox said:
how are they to shoot
what sizes do you have
Click to expand...

The longer one has a compensator and throws a bunch of crap back at you when you shoot it. I ended up removing it when shooting. It doesn't help at all with the recoil as far as I could tell, but made the concussion pretty bad. It's pretty unwieldy to hold, too.

The 5" one is much nicer. The balance is lots better and it doesn't have the compensator. The recoil is a little harsher, though. After getting it, I'm annoyed that S&W didn't make it from the beginning.

The recoil can be pretty hard, especially with moderately hot loads. I bruised my palm a couple times, but it doesn't do that anymore. And after firing 50 rounds or so, my nerves are shot and my hands tremble for the next few hours. I think that means I need more practice. :-)

One of these days, I'll get some of the 700 grain bullets and try those. I've heard they are pretty potent.

If you're going to get one and shoot it, you should really load your own ammo. $2-$3 a round for commercial ammo gets expensive pretty quickly.

Also, I highly recommend the John Ross model. It's a little more expensive, but definitely worth it. John Ross Website Store
R

Shooting targets at 7 yards will go full horizontal just from the blast and anybody next to me.

I'm going to get a CCW this summer and I'll carry it too. Maybe oneday will have an open carry.

Ballistic supply has a sample pack with different loads I'd like to try. 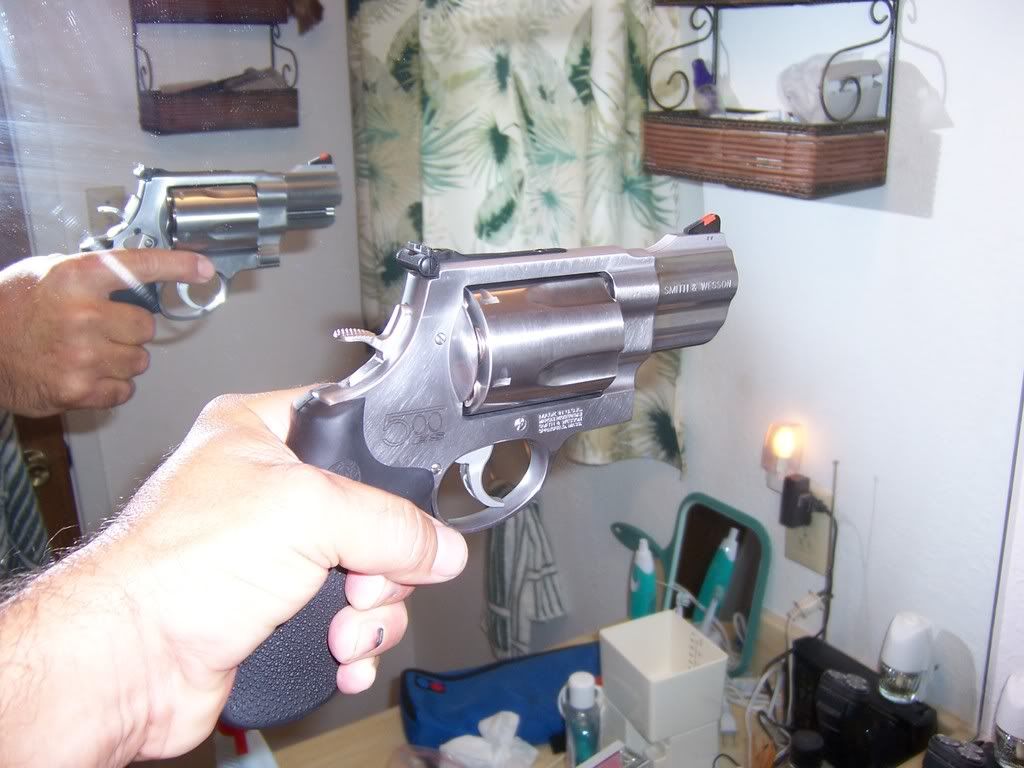