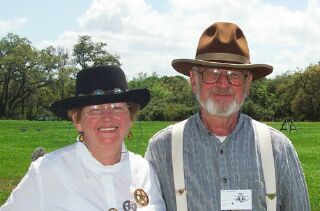 The Oakwood Outlaws is a SASS-affiliated cowboy action shooting club located in Oakwood, Texas. We were founded in August 2001 by Justa Hand and TX Alline.
We are very proud to announce that SASS has selected our club to host the SASS 2009 Texas State Championship!!! Yea Haw
We be hav'n a JAIL BREAK again!! Yea!​
D