I'm just getting my feet wet when it comes to precision shooting and decided to upgrade from my Savage model 10 .243 deer rifle to something a little more suited to the task and wade in a little bit deeper. I settled on a Savage model 10 precision carbine because I like my Savage .243 and wanted something with a threaded barrel. 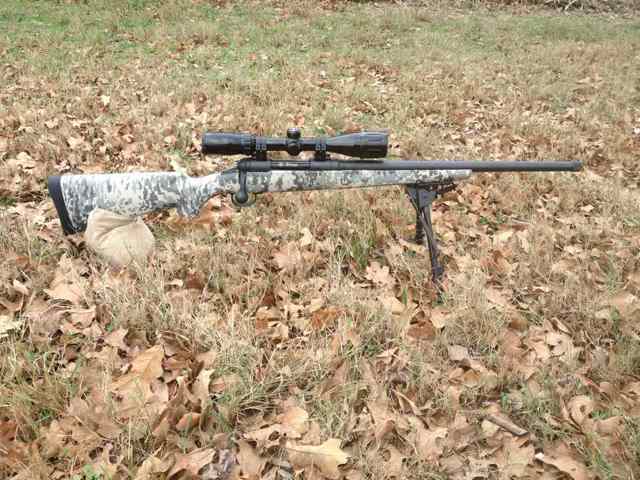 It comes from the factory with savage's "accu-stock. The stock is't bad for being a factory stock, for some reason my firing had doesn't feel quite right, probably because I've gotten used to pistol grips. From all outward appearances it looks like any other cheep synthetic stock but it does have an aluminum bedding. I can't really comment on the quality of it because this is my first experience with a bedded stock. It's not the greatest stock in the world but it seems to be better than what you would find on most other new rifles.For some reason it doesn't seem to fit my firing hand quite right but this could be because I've gotten used to pistol grip stocks. It's got a nice soft recoil pad that IMO goes above and beyond what is really needed for .308. Makes the rifle really comfortable to shoot. 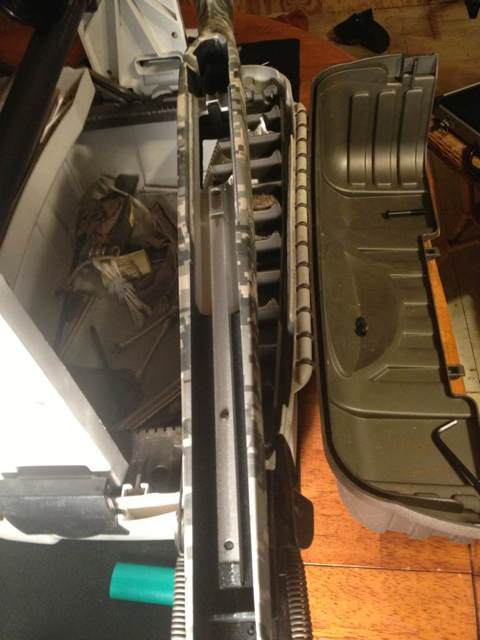 This is my first experience with the accu-trigger. My old Savage had the 3 screw adjustment system which I was pretty fond of but you had to take a lot of care in your adjustments as there was nothing to prevent you from making the gun dangerous, I spent several hours getting the trigger just the way I wanted it. With the accutrigger there is only one adjustment to increase or decrease the pull weight. No adjustments for take up but it is very short from the factory. I toyed with it while I had the stock off and found it goes from about 2lbs(factory) up to about 2 tons. The safety built in to the trigger prevent the firing pin from moving forward enough to strike the primer if the center blade is not pulled first. It allows for a nice light trigger with very little take up without the dangers that can go along with it.

The action isn't quite as easy to work as my other bolt actions, it seems to be due to the box magazine. It's only 4 rounds but has a pretty stiff spring and you can tell when pushing or pulling the bolt over a loaded mag. I'm gonna leave it full and see if it will soften up any. There seemed to be an issue with the rounds not lining up right with the bolt at first. I would run a fresh round in to the chamber then have to pull the bolt back about 1/2 inch and go forward again before the round would chamber and align with the bolt face correctly, by the end of the second mag the problem had gone away so I figure it may have been something I was doing. Cycled a couple more mags worth through after I finished shooting and had no signs of the issue so I will assume it is a non issue for now.

I couldn't wait to put a few rounds through it so last night I hunted down a set of cheap bases and put an old Bushnell Sportsman 4-12X40 on it. It will eventually be topped off with a Badger Ordinance 20moa 1 piece base and a Vortex Viper PST.

Since I planned to shoot this morning the temperature dropped to about 50* and the wind kicked up to 15-25 mph, I almost decided not to go but I was never one for patience and figured I'd give it a try. I'm not sure what would be considered good in the conditions but I did find out that my home made bench is not suited to windy conditions. I'm hoping to get out again one day when the wind isn't blowing so I can get a better idea of what the rifle can do. 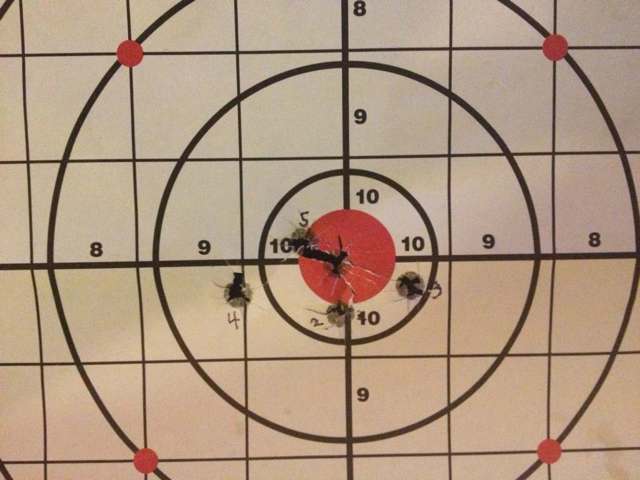 Overall I'm pretty pleased and looking forward to getting a quality scope mounted along with a set of .308 dies. I may eventually swap out the stock but it will be more for personal comfort than increasing the accuracy of the rifle itself.

Can't wait to get a quality scope on it and start hitting the big boy ranges.
Last edited: Feb 9, 2013

That's nice. The accutrigger is amazing on those Savage rifles. I acquired a Model 11 Hog Hunter recently and the bolt was a little stiff at first but it is getting better.

I went with this scope mount: DNZ Lightweight 1" Scopemount and a Bushnell Elite. Best I could afford.

Be sure to follow the directions when tightening the stock screws on the Accustock.

I went by the book taking it off and putting it on. It's a pain on this one because the magazine release and bolt release have to be held out of the way to get to the screws.
D

Nice rifle! I have a left handed Model 10 in .223 that is crazy accurate. Can't go wrong with a Savage IMO.
D

Good write up. I have an old left handed 110 in 300 Win Mag and I would buy another savage in a heart beat.