My son on his first big game hunt (which was near Eustis, Maine) when he was 16. One shot kill through the heart & lungs. 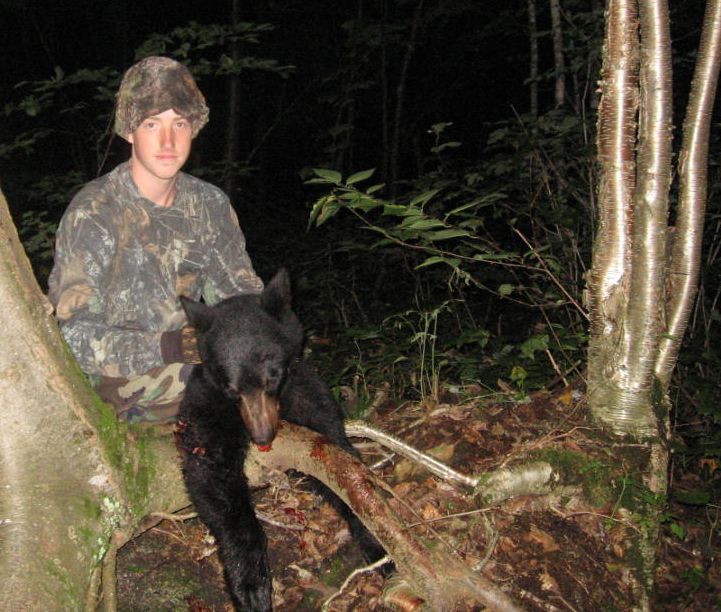 Welcome to Texas. Glad you got to enjoy your hunt and the right to hunt and own firearms. Please help us by voting to support these rights.

Congrats on the hunt, you should look into helicopter hog hunting it’s expensive but the most fun you’ll have with clothes on.
N

Txdweeb said:
Congrats on the hunt, you should look into helicopter hog hunting it’s expensive but the most fun you’ll have with clothes on.
Click to expand...

This is how to hunt hogs, jump to 1 minute twenty seconds.

festering said:
This is how to hunt hogs, jump to 1 minute twenty seconds.

I guess they don't save brass for reloading.

The Land of Cheerleaders and Fruitcake

That's straight up depredation. It doesn't fit my definition of "hunting" in the least. I'm not at all against it but it's just a different thing.
@Nick! Congrats on your first success. It's a lot of fun. I just moved to the country from Allen and am hoping to get out and get on some pigs after deer season (I am not partaking in deer season this year). I'm from NJ and a pretty new hunter that has only bow hunted. I have a 6.5G that I plan on using and if my reloading set up isn't set up... I'll run my 223. Should be a good time.

Welcome to Texas from another new Texan!

A man of vision but with no mission.

Make friends who have property/ land or your hunting will be non existant or Very expensive. 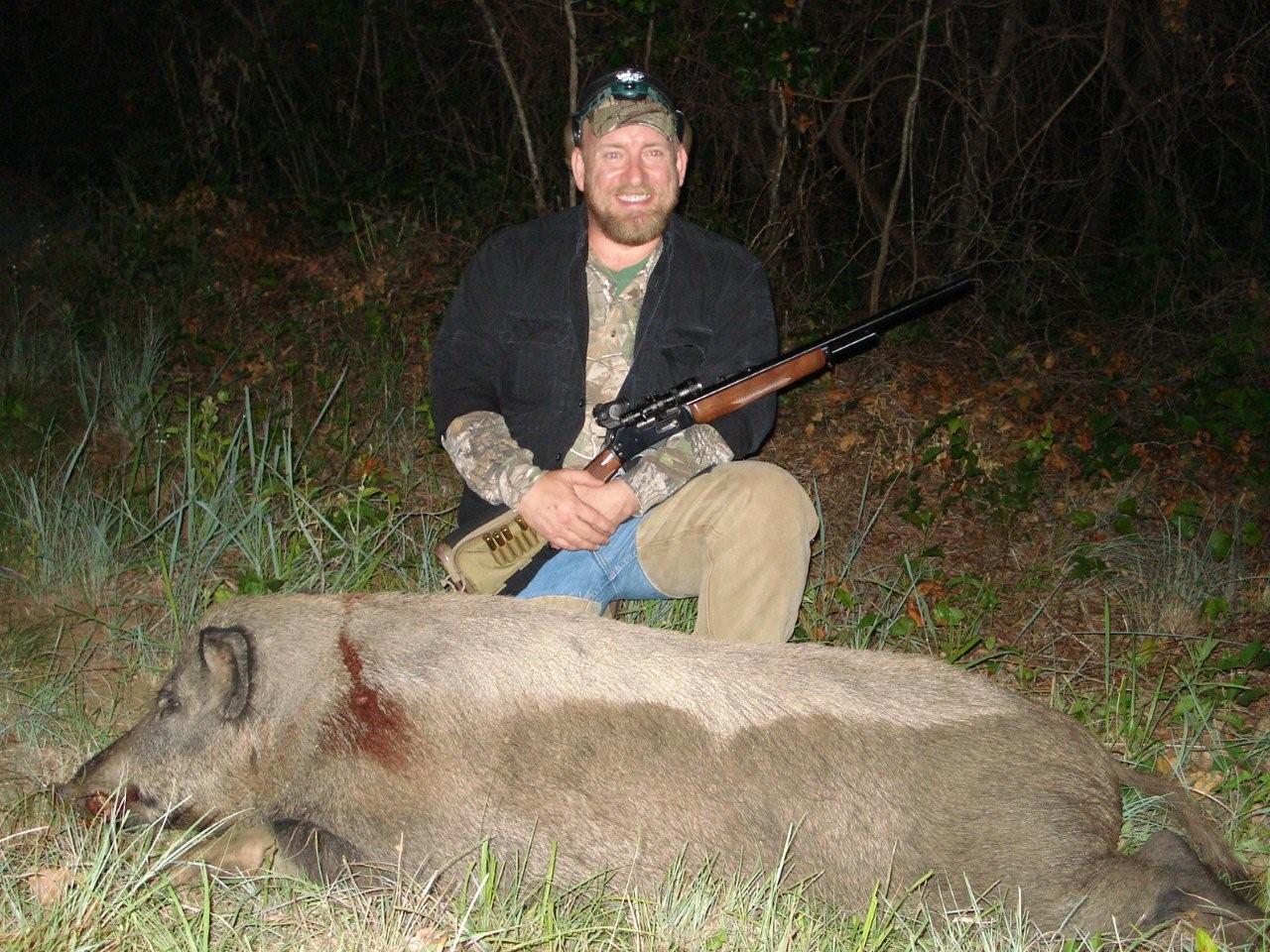 
For the past several months I have l tried taking my first hog in Montague County, north of DFW. I have 46 acres and several game cams that have been catching hogs for the last year, though I have only had sight of them three times including two nights ago.

So after more than 6 months of trying, my boar finally came in! Unlike what I have read, my hogs have been very irregular in their timing. They may come three days in a row and not show up for two weeks after that. Or they may come at night for a while and then switch to coming during the day and vice versa. So whatever I try to plan based on the data from the game camera, it hasn't worked so good until now.

He actually was about 3 hours earlier than expected based on his previous visits the last couple of weeks. I heard him crashing through the woods slowly, maybe with a partner that often accompanied him to the feeders. He/they passed by my stand (but out of sight in the foliage) more than once and I think even walked under it or very close and then camped out very close to the stand for about 10 minutes, not moving.

At that point, I had no idea what creature it was, but knew it was big based on footsteps I heard (deer maybe?). Then the noise started anew and the animal continued on around to my front left, still in the woods and out of sight, but making noise. Then the noise stopped again and I spied a shadow crossing the meadow in front of me. It was a half moon that was lighting the meadow. So the animal was out of the woods now. I took out my night vision scope and saw that this was indeed a hog and I promptly hyperventilated. I was making so much noise breathing that I thought he would hear me for sure.

Everything was set up and ready - a benefit of sitting for hogs and guarding the corn some 40 or 50 times thus far. I got my breathing under control and shouldered my rifle -steadied it up on the rest and looked for the shadow in the meadow. I put my sight on the shadow. The shadow was crossing from left to right, but I apparently made enough noise that he turned around with thoughts of returning to the woods he just left, but had not opted to run just yet. I didn't think I was making too much noise, but given how close he was (25 yards it turned out), it wouldn't take much.

I turned on the light on my rifle and centered the red dot of the sight on the shoulder of the hog and he bolted for the woods from right to left. I caught up with the dot and tracked him a few feet and squeezed the trigger as he started up an incline. There was a flash, report, a lot of smoke reflected in the light, and when the smoke cleared, Hog Down! I chambered a new round and waited to see if he was down for good or not. He was. He had traveled about 20 feet from where I first put the light on him to where I shot him.

The whole event was something of a surprise. He arrived much earlier than expected. He didn't come in and go directly for the feeder but seemed to survey the area before coming into the open. He was nowhere near the feeder when I shot him and he had not been to the feeder. He popped out of the woods much closer than I expected. Even close, he didn't look large as he was partially hidden by tall grass. It wasn't until after getting down on the ground and seeing my neighbor Ken next to the hog that I realized how big it was. About the only thing about this event that wasn't a surprise was the hog running after I got the light on him.

I did learn a valuable lesson. You don't do your happy dance while still up in the tree stand. Trust me on this.