'splain me about tanto blades

Those of you who like them, why?
I've personally never warmed up to them and find them annoying to use and sharpen. I've just always liked drop point blades better.
What am I missing with tantos?

They are good for stabbing people. The reinforced point and edge are designed for that purpose. But you are right. They are less than optimal for most any other task. I actually reworked a cold steel recon tanto to be a straight back style. It's about 100 times more useful know.

They are good for poking stuff. As for sharpening, if you use a stone the are actually easier to sharpen than a knife with a curve. You just treat it as two different edges that you sharpen separately.

"Tanto" blade profiles are some of the most misunderstood. What everyone thinks is a "tanto" is probably more appropriately referred to as an American tanto style. Namely, the sharp and angular tanto point. This actually isn't a traditional Japanese design, but rather an American spin on some of the traditional Japanese designs. The American tanto style actually offers inferior penetration and inferior slashing ability in comparison to LOTS of other blade styles, which is exactly the opposite of the supposed benefits. In fact, the American style really doesn't take into account some of the intended uses of some of the original blade styles, and basically comes up with something of a less than ideal design if it were used in the same fashion, and then puts it in a format which would never even work appropriately for those uses (slashing and using just the tip to do a majority of your slashing, like a katana). Some of the traditional Japanese blade styles it came from do actually offer superior penetration and slashing ability to most other blade styles. 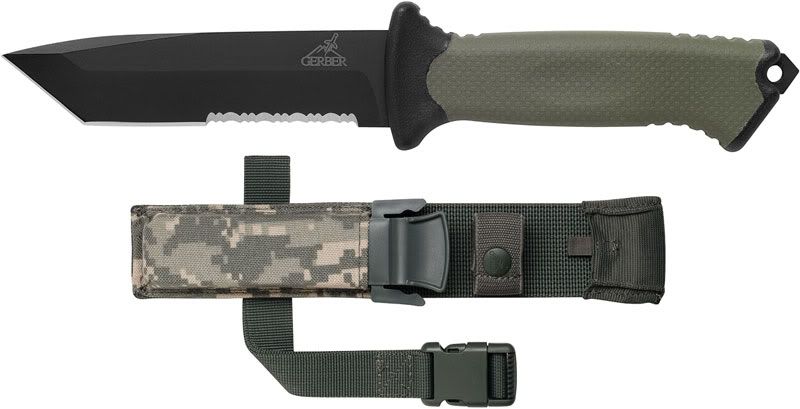 There are many traditional Japanese styles, but here's one of the more aggressive type, the Osoraku-Zukuri style (in a modern blade though):

There are a lot of other traditional "tanto" blade profiles out there that are quite a bit different from the American version. I'm not an expert, and I believe Joe Watson (Stalker19) knows quite a bit more on the subject. Here's one he built and that I carry every day: 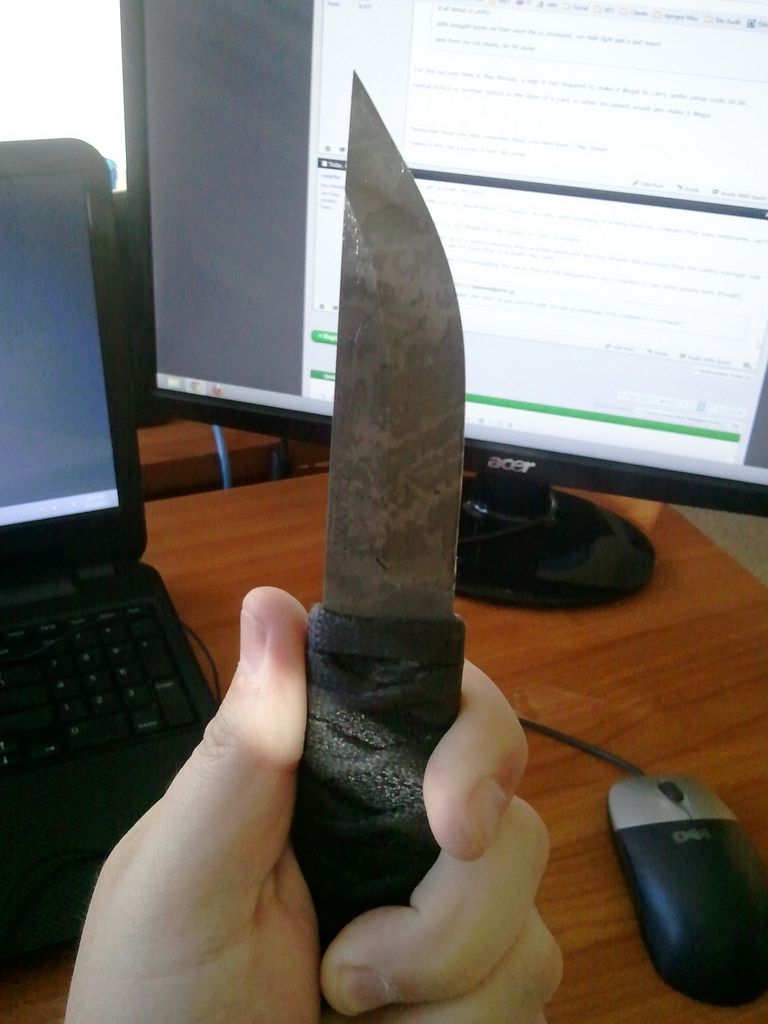 
Also, here's a pic of my favorite folder, also in the Osoraku-Zukuri style (the Otanashi Noh Ken from CRKT, designed by James Williams): 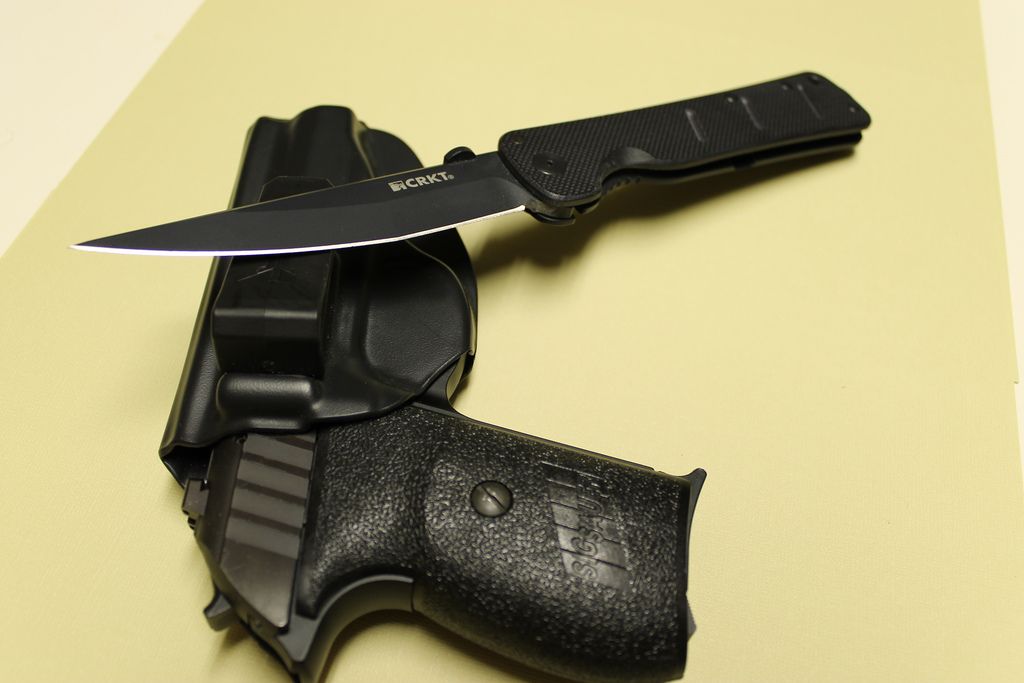 Tanto blades have a very niche roll, and unless you're specifically taught how to use them, they'll seem pretty useless. Not a very wide range of applications for them, but they're good for what they're intended to do.
B

Tantos are americain designed, I think cold steel started the trend in the 70's. The point is aligned with the blade's spine making it very strong, styled like a chisel giving it durability, and the large amount of material near the end reinforces those traits. It also originally had a full steel pommel tapering at the end allowing the butt end to be used as an effective striking tool. These knives take a bit of style from the japanese yoroi toshi tantō which was used as an armor piercing weapon not as a slashing or general melee knife.
While it is not necessarily better at piercing people it excels with harder materials that may defeat other knives. It also is easier to sharpen on a flat stone than curved knives and has two distinct cutting edges which can be sharpened differently for different tasks.

The advantage is the stronger tip, especially if you're the type that tends to pry on things with your knife and bend the tip. It does take some getting used to as for daily use, and I keep switching back to a more traditional style, but I've got a drawer full of knives with a bent tip so I am trying to get used to this style.

Personally I like them just cuz they look cool. :-). Mine works great as a letter opener too. lol

Sent from my SPH-L710 using Tapatalk

DamnYankee76 said:
Personally I like them just cuz they look cool. :-). Mine works great as a letter opener too. lol

Sent from my SPH-L710 using Tapatalk
Click to expand...