They need to be reminded of their oath to defend the US Constitution. Their job is not to keep a right a privilege by not supporting CC. Law enforcement was against the original CHL and their fears were unfounded then. Look at the states that have CC, they aren't experiencing any extra difficulties.

toddnjoyce said:
Yep, and that is well known. Part of my disdain for both those pompous shïtheels.

Just one example from DP’s campaign site:
“On Fox News’ America’s Newsroom on Friday, I told Julie Banderas I would fight to expand background checks to include all stranger-to-stranger gun sales. It makes no sense to me to allow anyone to sell a gun to someone they do not know who might be a felon or a killer. No one has worked harder to defend our Second Amendment rights than I have. In 2018, the NRA gave me an A+ rating.” 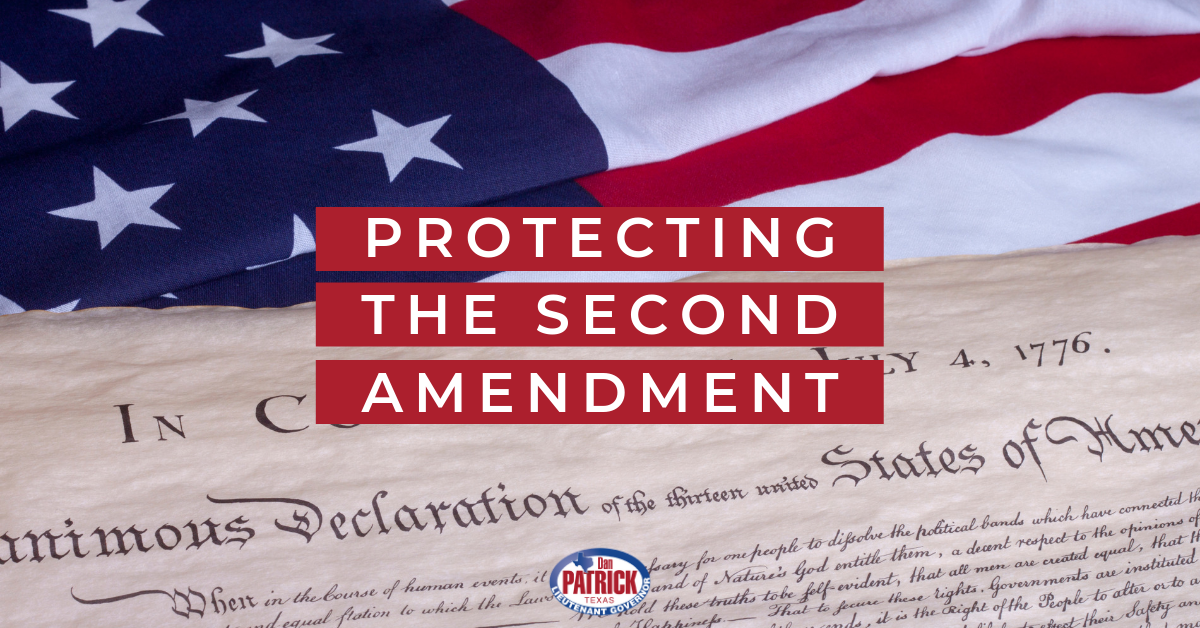 ETA: Have I mentioned that DP could be choking on a donkey schlong and I wouldn’t cross the room except to shove it deeper down his gullett.
Click to expand...

an NRA A+ rating means jack shit to me lol

Darkpriest667 said:
an NRA A+ rating means jack shit to me lol
Click to expand...

Things change...trust me on this.

Darkpriest667 said:
Call his office and tell him you will give financial assistance to his primary opponent if he does not support this bill.

This is great advice. I just sent Seliger an email advising I'd donate $200.00 to his primary opponent should he fail to support the Constitutional Carry bill passed by the house. I emailed Creighton too...he's mine and a supporter. just want to let him know I'm watching.

I understand that you are standing in opposition to Constitutional Carry. I am not in your senatorial district, but I swear to God and on my mother's grave, that I will donate to your opponents, primary or regular election, even to a Democrat, if you fail to support and vote for Constitutional Carry.

Rhino said:
I just contacted Senator Seliger's office and was polite - which I urge EVERYONE to be. The staffer tried to deny that he was against it, but that he didn't have a position yet. I quoted him:

"Article 1 - BILL OF RIGHTS Section 23 - RIGHT TO KEEP AND BEAR ARMS Every citizen shall have the right to keep and bear arms in the lawful defense of himself or the State; but the Legislature shall have power, by law, to regulate the wearing of arms, with a view to prevent crime."

and stressed that requiring a license to something guaranteed to 'every citizen" is a problem. He went back to "The Senator does not have a public position" defense and I mentioned that we elect Republicans for this, and that he should urge the Senator to read the Texas Constitution and let that guide him.
Click to expand...

How about 20 States already have it and it is working just fine. Two of our neighboring already have it. So the police being against it is irrelevant.

Darkpriest667 said:
an NRA A+ rating means jack shit to me lol
Click to expand...

My wife and I will be calling all 3 of Senator Seliger's offices tomorrow, as well as calling the Governor and Lt. Governor again.

vmax said:
I called this a week ago
Texas is liberal now..face it
Click to expand...

Don't give up before it's done. Call early and call often, and offer gifts to your friends and family to call, too.
D

Jeep0516 said:
Every freakin asshat republican including Patrick and Abbott, that doesn’t support this NEEDS to thrown out and replaced in the next election. I made this abundantly clear to my SS today.
Click to expand...