The Untold History of the NRA

'Necropost' - nice phrase. I freely admit that by the time I got the the end of 12 pages, I did not check dates.

Example - the ACLU opposed California's last round of gun restrictions in 2019 because it would threaten people's civil liberties (especially the 'red flag' section which essentially empowered any jerk to file a false report and get one's guns removed.)

Agree on the turn in direction the ACLU has taken in the last 20 years or so... they have gotten very selective on which amendments they support - and whose causes. They are pretty much ideologically bankrupt by now.

kenboyles72 said:
Here's a bit of a history behind the NRA, it's not very pretty. I use to believe the NRA was on our side, not any more and this just supports my dislike of that organization.

I knew all aout the more recent transgressiona and about KIng Wayne's petulant demands, but not the stuff from earlier years prior to the failed "Knox Revolution". Thanks for posting this link !
leVieux

HoustonDave said:
Seems to me that judging past compromises and actions of the NRA by current "no compromise" standards is about the same as the 'woke' folks criticizing 'Gone With The Wind'. Why not check the historical context, hmm?

And sometimes groups who are theoretically antagonistic do wind up on the same side... 'the enemy of my enemy etc.' I once read that for all the anti-ACLU bias among conservatives, at that point (mid-'90s?) the ACLU had been on the NRA's; i.e. against anti-2A gun control ridiculousness, side of more lawsuits than against. Maybe that has changed in the quarter-century since, but should still be significant.

Does the NRA have a leadership perception problem? Oh yeah... and needs to address it. Bu it is probably the only organization around capable of mustering millions of single-issue votes, which makes the Dems tread cautiously in their quest to disarm all but themselves. Might be a good thing to remember when you start advocating for throwing the baby out with the bathwater.
Click to expand...

Hey new guy. Welcome to the forum. How far in the past do you think we need to overlook the NRA pure, unadulterated cuckoldery when it comes to capitulating to the left? 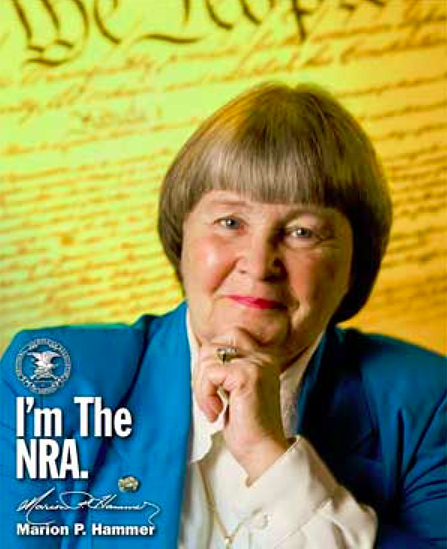 Marion Hammer is the president of the United Sportsmen of Florida. She’s also a past president of the National Rifle Association and currently an NRA Lobbyist. She sent the following letter Monday: DATE: October 9, 2017 TO: My Fellow Board & Council Members & Friends FROM: Marion...

Yep, a scam to get money

I'm old enough (77+) to recall Neal Knox and his objections to NRA delinquency, but not the details of what went before. I appreciate the o.p. for bringing me/us up-to-date, but the subsequent posts are difficult to follow.

I've been a lifelong NRA supporter, but, the current situation with the "Nominating Committee" FORTRESS built and maintained solely to keep Wayne the Petulant in complete control has destroyed any pretense that today's NRA is in any way a "democratic" outfit which respects members' inputs.

As a longtime NRA/TSRA "Life Member", I think the time for Alice to GO has long passed. Remember the NAME of the outfit is "TEXAS State", not "Wayne Worship", Rifle Association.

As I see this now, no more money to NRA until Wayne is GONE and the "Nominating committee" structure is demolished.

NO matter what happened 90 years ago.

Remember "Divide and Conquer" ? Well, Wayne has been the "Head Chief Divider in Charge" lately !

I just realized, reading my own post above, that younger folks may not understand the Knox Revolution debacle and what the "Nominating Committee" really is.

Should I write a detailed historical explanation for them ?

leVieux said:
I think the time for Alice to GO has long passed.
Click to expand...

I thought she was gone. Kinda hard to confirm it though as I don't see the staff and BOD listed anywhere on TSRA's site.
You must log in or register to reply here.