what to look for in an AK?

Living in NC, but from Texas

So once i finish my ar build i might like a tatikool ak set up like a sopmod. What should one look for in a civilian ak?

All over the world

All the BS about WASRs is from the ones that were imported years ago, the ones that have been came in over the past few years have been decent enough to to what an AK is meant to do. I had a WASR 10/63 and even with the canted front sight to make up for the canted front trunon it still shot better than several of the more high dollar AKs that other people had at the range. I didnt sell it until I was offered a Saiga that for a great price and the following day was offered more for the WASR than I had paid for it newso I upgraded. If I was offered another WASR at a great (-$300) price I would take it in a heart beat. If you are going to strip it down and trick it out a WASR with as little mag slop as possible would be the way to go. Next up would be an unconverted Saiga and then do the AK conversion as part of your plans to upgrade.

Agreed, my WASR-10/63 runs as well as any of my other Kalashnikovs. And don't let anyone kid you, I've seen Saigas (considered some of the best production AKs made) have problems; but if you know the basics of what to look for you should have no trouble finding a good rifle. Here's a good video on how to do that...


Personally, I am what is known as a "purist" when it comes to AKs, in that I prefer them in their more natural, military configurations and not accessorized like an AR. But that's just my tastes, and if that's what you're looking to do then there are plenty of aftermarket accessories that will fit the bill. Just let me warn you that some of those items can be cheaply made and will not perform to expectations. In other words, the good stuff is going to cost you money! I would steer clear of anything plastic, such as handguards, as they won't hold up well to the heat of the barrel and gas tube. Secondly, the better-performing items usually aren't a direct replacement for the original parts; meaning they don't install the same and may require some modification. This is actually a good thing as the design overcomes the shortfalls of trying to get original equipment to do something it wasn't made to do (such as putting a scope on the top cover).

Mainly, I strongly recommend doing thorough homework before buying anything. There is a lot of information on the Internet as to what works and what doesn't. There are also a few folks on here who are better versed in modifying AKs than I am (like I said, my tastes run towards the more traditional Kalashnikov). KaliJuan would be the first person I would go to if seeking advice on such items, as he is not only an expert on the platform (as well as a builder), but he's smart on the best accessories for that kind of set-up.

Good luck with your first AK, I hope you come to love the rifle as much as I do, and end up with more than just one. Even my most crappiest of rifles is a solid, dependable shooter and the history behind this particular weapon intrigues me to no end!

Weird - I used to shoot at naughty people overseas with my AK and I have no idea what a sopmod does.

Living in NC, but from Texas

Andy said:
Weird - I used to shoot at naughty people overseas with my AK and I have no idea what a sopmod does.
Click to expand...

Lol set uplike our m4 sopmods. Think rail and mounts, foldable stock. It will be nice the ak rounds not heading in my direction for a change. 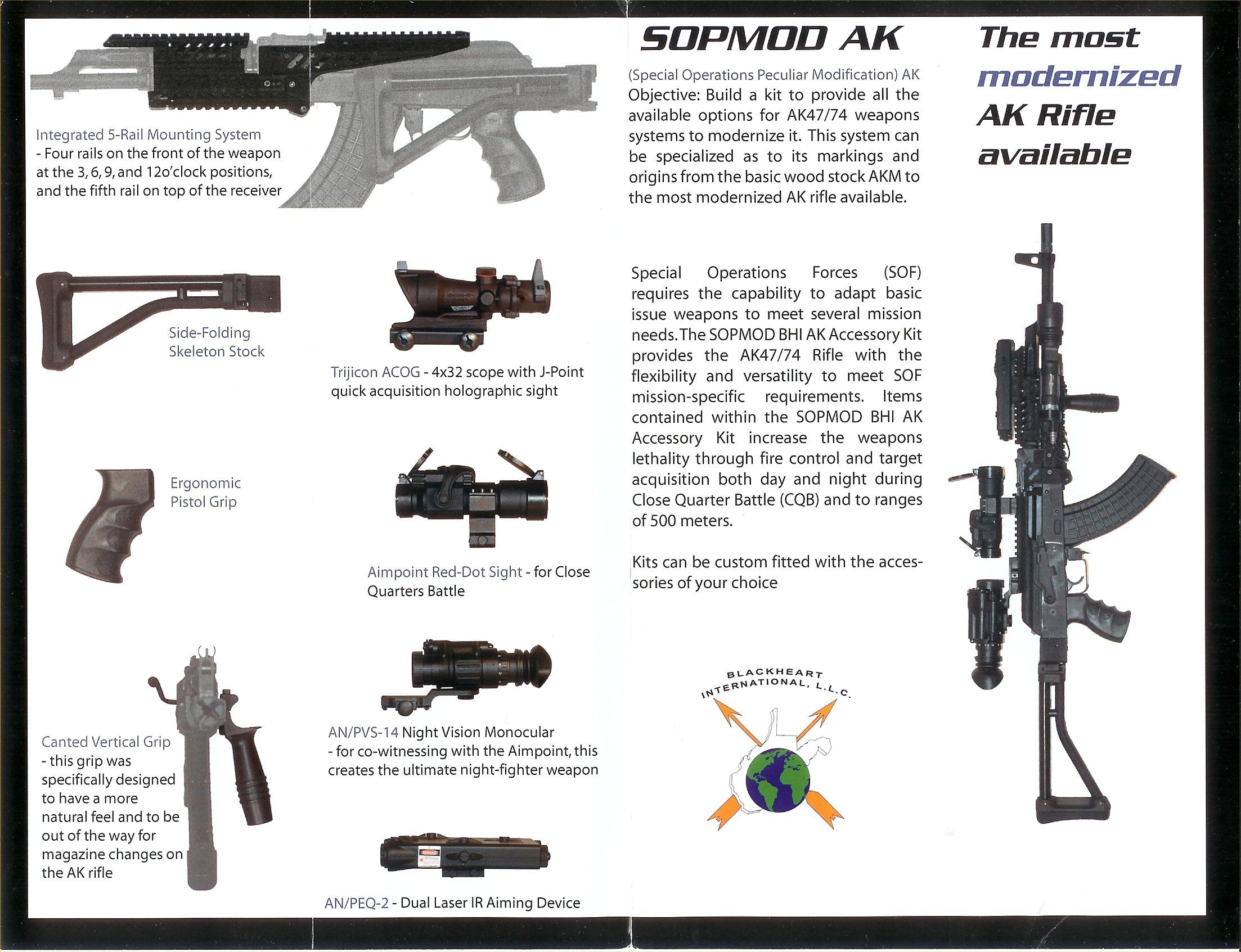 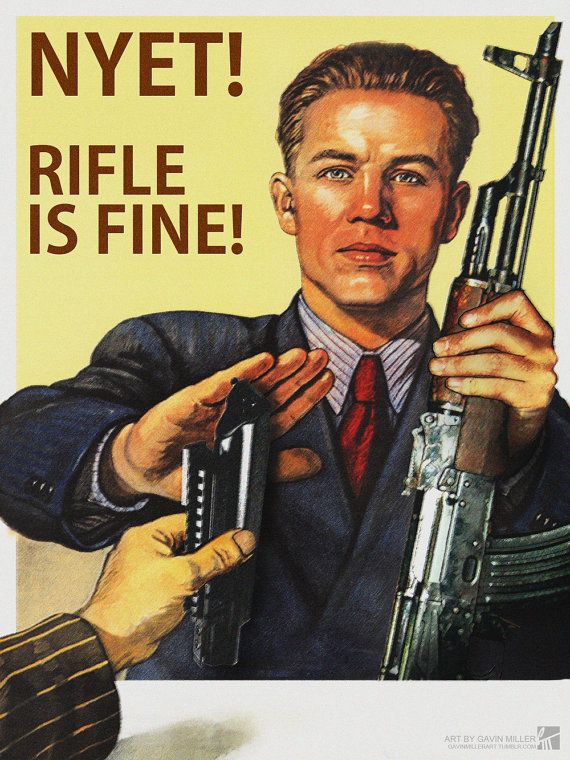 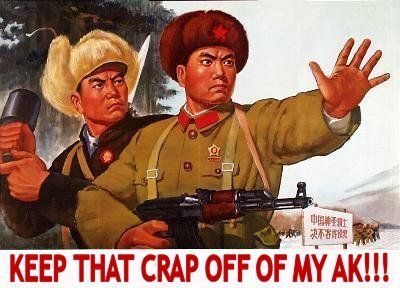 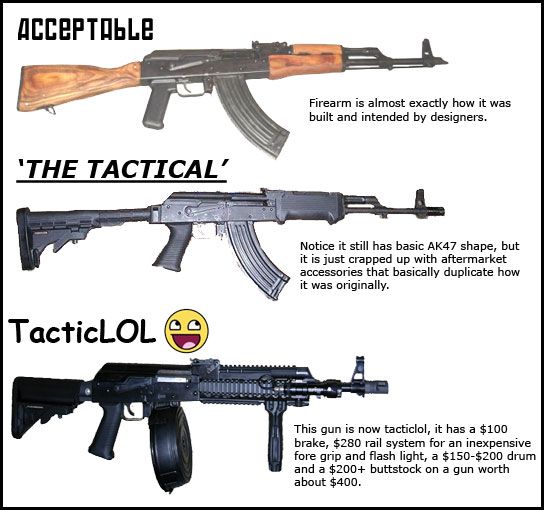 I would say make sure the front site is not canted, that happens to some. Check (if used rifle) see if the barrel was shot with corrosive ammo and the salts were left in it to f-up the barrel. Otherwise you should be okay.

I will add, I am not a purist there are some modded up AKs that look cool. I have seen some awesome SBR work done to Dracos, but generally I like the original "look" to the AKs.

Mine is a Romanian I had built from a parts kit I picked up a few years ago. I redid the wood myself until I picked up an original Romy wire-folder. Great little rifle, despite what some people say, AKs can be accurate as hell. Mine is and I am not some super shooter or anything.
Last edited: Jun 6, 2014

The Dave said:
All the BS about WASRs is from the ones that were imported years ago
Click to expand...

1.) How would one know when the WASR they are looking at was imported?

2.) What do you mean by "A few years ago?" My dad and I bought two of them about four years ago. One had a crooked rear sight and the other wouldn't cycle when being shot prone. Yeah, I know that's a pretty limited data pool, but then again we're not the only guys who have problem WASRs. "It's getting rarer" isn't a consolation when dropping hundreds on a lemon rifle.

Not trying to be disagreeable. Just putting out a "Caveat emptor" for the OP.