Will you vote for Greg Abbott?

First to know - Last to care!

glenbo said:
I was living and working in California when jimmah carter was Pres. Between the fed and state taxes, I worked Monday, Tuesday, and half of Wednesday to pay all the income taxes. How wonderful it was of them to let me have some of my earnings. As soon as I could afford it I got out of there and never will go back even for a visit. Property taxes we can live with.
Click to expand...

When I lived in California the second time, they had a back door tax on the military stationed there. They could not hit the military with the income tax but if your spouse worked in California they had to pay the income tax. The back door was to calculate the tax bracket based on both incomes (military and civilian) and use the higher bracket to calculate the taxes for the civilian.

seeker_two said:
I prefer shifting from the property tax to a sales tax for a variety of reasons. First, it spreads the tax burden out. Illegal aliens, tourists, people who live rent-free....they'll pay that tax. Property owners and renters who shop around can significantly reduce their tax burden with no property tax....putting more money in their pockets that they don't necessarily have to spend on sales tax. And sales tax is a more voluntary tax that encourages people to evaluate their purchases and shop for better deals....lower price on a good = lower sales tax on that good.

Right now, West is my preference....with Huffhines a close second. If neither of them end up on the general election ballot, I'm not wasting my vote....
Click to expand...

I'm thinking West, Huffines is a car dealer. Only time he got a position he was appointed IIRC. Do you trust a car dealer?

The problem with property taxes is that it prevents you on ever really owning your property. You can pay off your house, lose your job, and end up homeless anyways.


I don’t know what the best solution is, but it’s something I really don’t care for in its current state.

Younggun said:
The problem with property taxes is that it prevents you on ever really owning your property. You can pay off your house, lose your job, and end up homeless anyways.


I don’t know what the best solution is, but it’s something I really don’t care for in its current state.

Every state in the Union has property taxes. Some have lower rates, some much higher.

AS much as property taxes suck - as far as tax burdens go its one of the lowest forms for most, despite Texas being ranked 7th highest median property tax rate in the US. The median property tax in Texas is $2775. If we had income tax instead - I guarantee your tax liability is going to be at least double or triple that for the average middle income earner.

We could ditch the income tax idea, ditch the property tax, and raise the minimum sales tax to 15%. Poor people loose major buying power and are much more impacted than top earners. Retailers will feel that, because fewer people will be buying things. Costs will rise to make up for it, meaning even less people buying whatever and the cycle continues until someone's out of business and the standard of living slips ever lower.

Maybe we take a hybrid approach - bump sales tax to 11% minimum, and implement a business income tax. Small businesses will suddenly find themselves in a bind. More job losses as businesses close. Those that remain - well, their owners are going to find every loophole to avoid taxes they can, and their costs will be passed along. Again - less buying power for the consumers.

I think instead of monkeying with the tax system that for the most part is working well here - they should be looking at areas of the government where programs / services can be eliminated, or costs drastically reigned in or cut entirely. Prioritize agencies and eliminate the agencies that have the least important functions, eliminate unnecessary employees, or programs. Audit every agency once every few years and see where every dollar goes and make sure every dollar is going where it should, and not just going to enrich someone's uncle or brother or lover.

BillM said:
I did walk to jr high but in HS, 11th grade I got a car. I did walk to hs a few time but it was like 7 miles and was a long walk. Before the car I was dropped off.
Click to expand...

Sent from my SM-G715A using Tapatalk
Click to expand...

I will vote for the giant douche.

Vote against the dem disaster if nothing else.

Can't say who I will vote for right now. But it will be the guy who ain't a Dem.

What irks me about San Antonio property tax is how the big developers duck it - completely legal.
Biggest scam is to declare vacant land as a "bird sanctuary", and a promise to scatter some bird food seeds once a month.

This claims our gov is up to no good with his National Guard at the border: 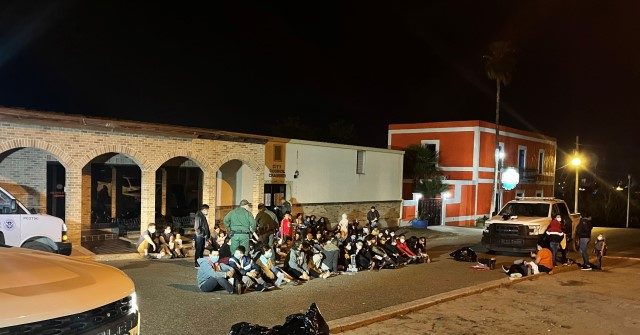