DO NOT ASK ME IF I AM PARTING ANYTHING OUT. ALSO, I AM NOT INTERESTED IN ANY TRADES UNLESS YOU HAVE A DTA SRS IN 308.

I don't really want to sell this gun and I'm not in a rush either. I'm only posting this up for sale because there is another rifle that I want but if this gun doesn't sell, I don't really care. The gun shoots .3 inch groups at 100 yards

I'm asking $3,500 for the package, but the atlas bipod and suppressor are NOT included. I will include the bipod for $200, but I will only sell it if the rifle sells. Again, I am not interested in any trades and I won't part anything out. 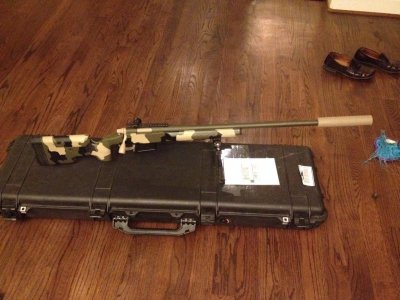 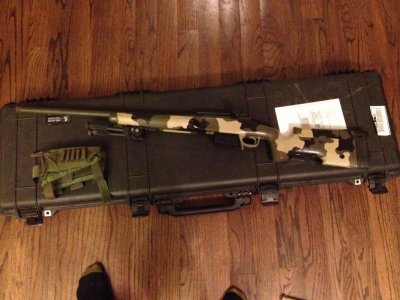 I always take better pictures with my shoes off, too.
S

Who did the work on it?
U

SOliver said:
Who did the work on it?
Click to expand...

blatt's in Oregon. I bought it from the first owner up there.

35Remington said:
I always take better pictures with my shoes off, too.
Click to expand...

35Remington said:
I always take better pictures with my shoes off, too.
Click to expand...

I think he snuck in to an empty house to take the pic, & didn't want to damage the wood floors....