A Pistol up from the ashes...

In a previous thread I discussed my grandfather's World War One Remington Mark III flare pistol he used. It is the example I used to do the following restoration.
The Museum I do preservations for brought a Remington Mark III that had been in the fire at the museum. It had previously belonged to a prominent Veteran from World War One.
It was a real disaster and pretty scary looking. I dug around in my bag of tricks and found my "magic" wand and went to work. This is what happened....There was NO Charge...... 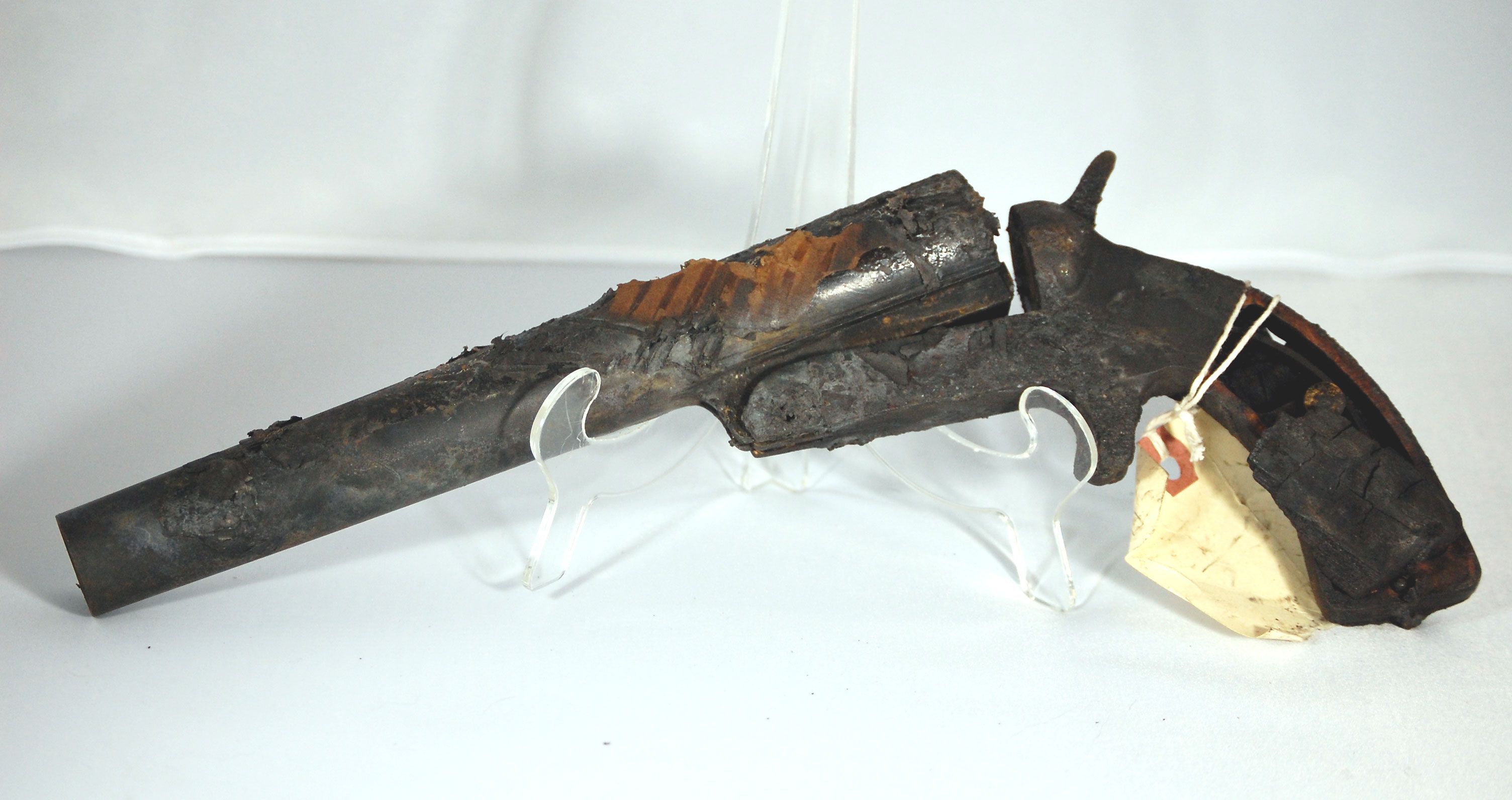 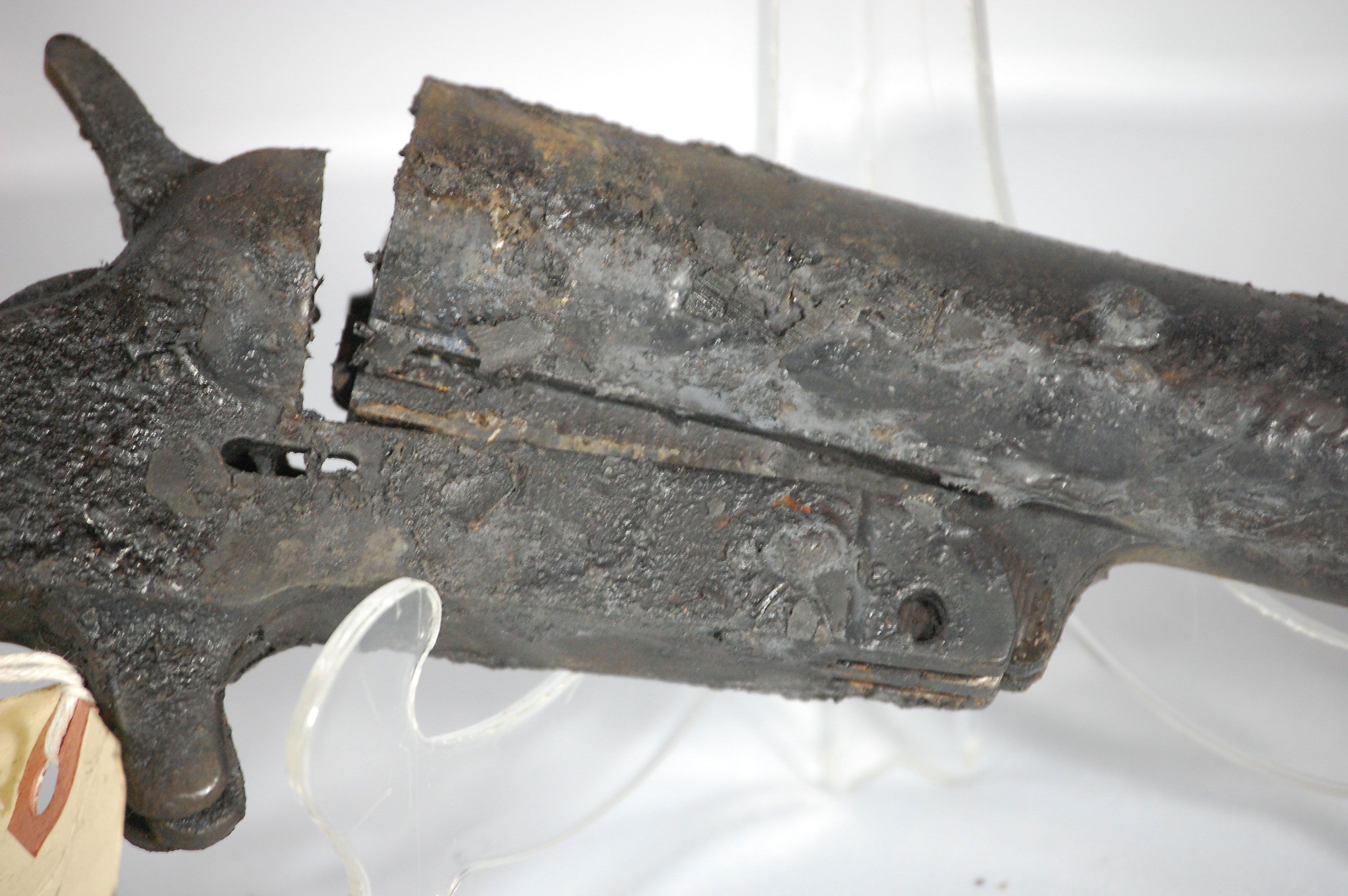 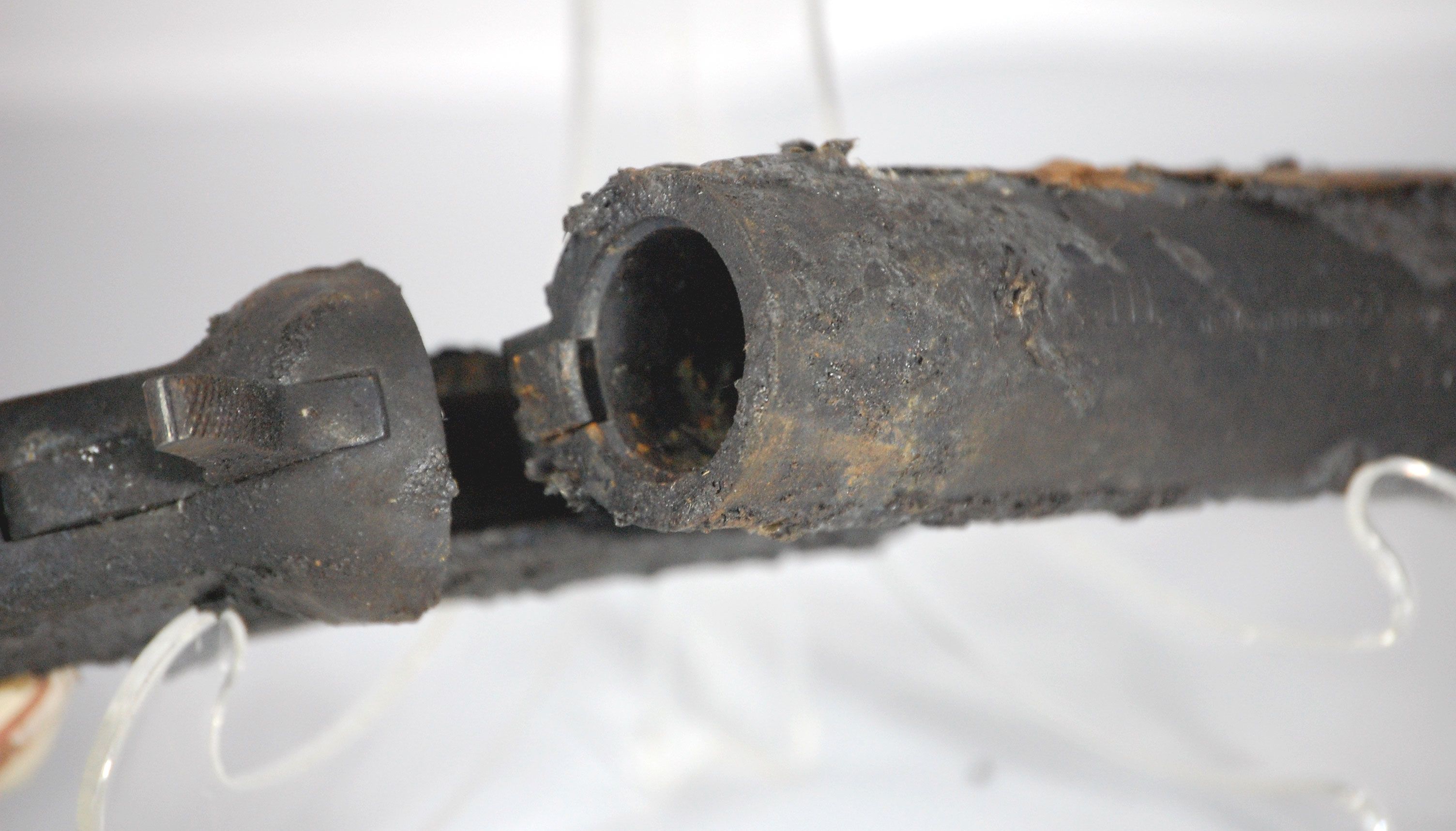 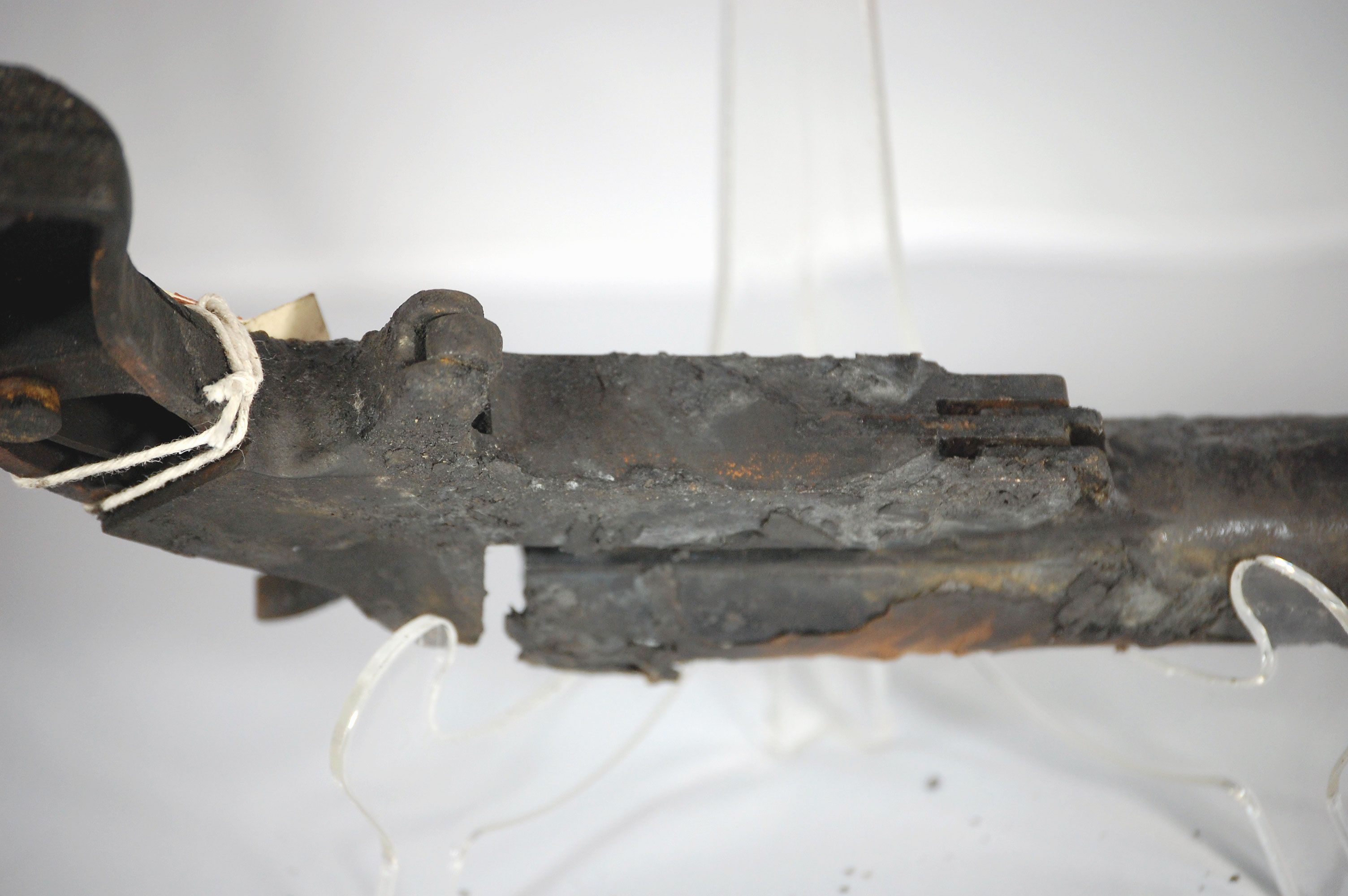 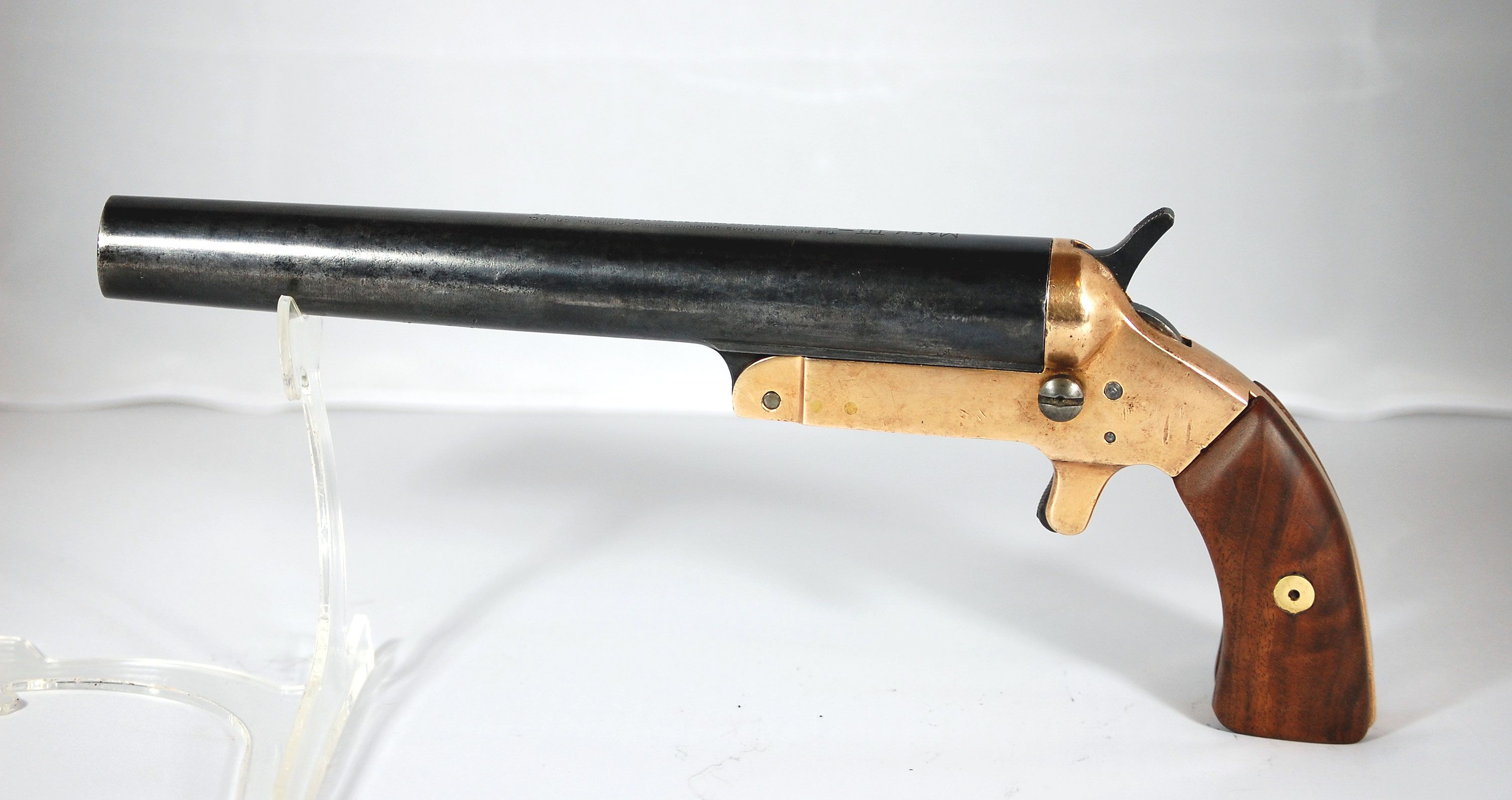 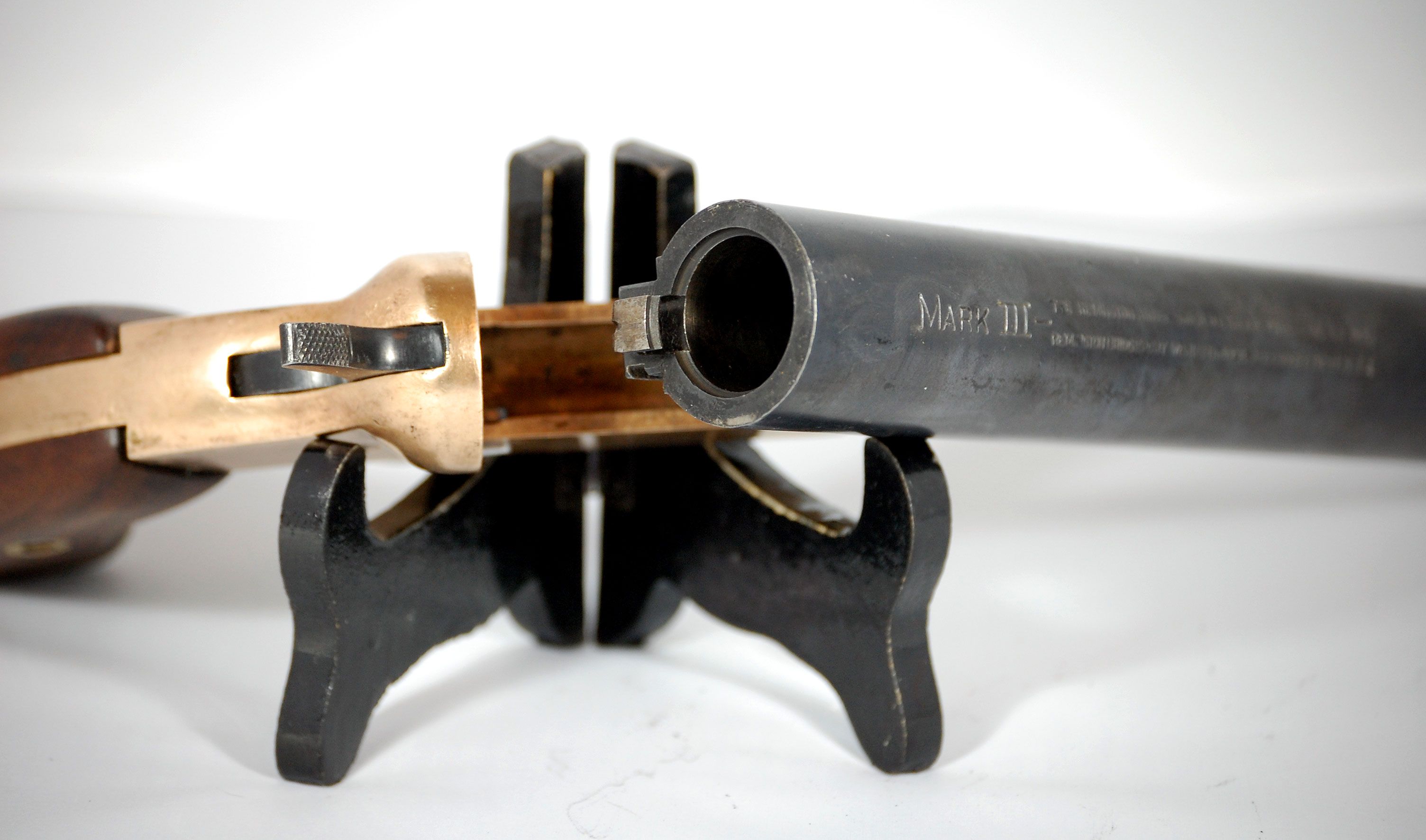 Middle of no where

Holly crap ... thats one hell of a magic wand. Looks beautiful John....great job on the restoration. You got MAD skills sir.


ETA... You need to get out of that Commie state, you have too much talent to be held back in such a craphole state.
M

EZ-E said:
Holly crap ... thats one hell of a magic wand. Looks beautiful John....great job on the restoration. You got MAD skills sir.


ETA... You need to get out of that Commie state, you have too much talent to be held back in such a craphole state.
Click to expand...

Thanks for the reply.
It certainly was a bit of a challenge. Not the worst by any means because there were so many badly burned antique arms. I have returned a bunch of so-called unrecoverable guns to displays.' The ones that were totally unrecoverable was a really sad experience. You just cannot recover melted metal and ashes. So much was discarded to the trash before I was assigned by their Director is impossible to imagine. I wish I had been there sooner before the thieves got their hands in there. It is a really sad story. I care about our history and that is I why I DO NOT charge any fee for my services.
Getting out of the Gulag is only a distant dream. I am behind enemy lines. Even finding a place to shoot requires at least a fifty mile drive, one way.

So what does it take to get it back to that condition? Would it still be safe to fire?
M

Big Green said:
So what does it take to get it back to that condition? Would it still be safe to fire?
Click to expand...

After the first project I did for them which was a badly burned Colt 1860 Army revolver. It took one month to do. It was pretty bad and the Museum Board thought it would scare me away. I returned it in very presentable condition and operable. I did fire it.
They wanted to know just what you asked. How do you do that? It was a conference call on speaker-phone. I told them it was just PFM, and let it go at that. We talked for a bit and one old man asked, "We passed a piece of paper around the table with PFM? on it and nobody know what that is?" I said, "It is just simply Pure Freaking Magic!" (PFM) They never asked again.
Actually alot of time after much experimentation and notes on what does and does not work. And a boatload of cussing!
Yes it was fully functioning. I fired a 10 Gauge blank out of it.
You have to have fun too!
OH! If you get one it will chamber 10 Gauge shotgun shells NEVER EVER Shoot an actual 10 Gauge in one of those! NOT a good thing to do.
M

That thing turned out awsome. You do some mighty fine work there.
M

Mauiboy4lyph said:
That thing turned out awsome. You do some mighty fine work there.
Click to expand...

Thanks! I try. It just takes time.

Do you leave it soaking it a solution or just spray and start working on it? What do you attack first? Steel or brass? Are you able to disassemble before or are some too bad to see how they operate and the integrity of the parts?
H