I know, it's probably wrong to laugh... but


The grandson of prominent anti-gun campaigner Pat Regan has been arrested on suspicion of stabbing her to death.
Mrs Regan, 53, was discovered at the property on Marlborough Grange in the Hyde Park area of Leeds on Sunday.
The mother-of-six started campaigning against gun crime when her son Danny was shot dead in 2002.
The 20-year-old man was being held on suspicion of murder, police said. It is thought he had been arrested earlier in the day over another stabbing.
A 45-year-old railway worker was treated in hospital for a stab wound to his arm after challenging a man for trespassing at Leeds station on Sunday morning, British Transport Police said.
Mrs Regan set up a Leeds branch of Mothers Against Guns after her son Danny, 25, was shot at his home in Haydock, near St Helens, Merseyside in December 2002. His killer has not been found.
She had met government officials to discuss how to tackle the problems of guns and gang-related crime.
Dee Edwards, co-founder of campaign group Mothers Against Murder and Manslaughter, said Mrs Regan would visit schools and give talks about the dangers and consequences of getting involved in crime.
She said: "She made such a big difference to so many people's lives. This is an absolute tragedy for so many people."
Mrs Edwards said she had known Mrs Regan for about six years and described her as the "most incredible woman".
"It's just the most dreadful news for everyone. She's just an amazing woman," she added.
'No grudges'
Mrs Regan's friend Sylvester Johnson, 74, said: "She didn't want any young people to get caught up in the trouble that her son got caught up in.
"She was very brave and I don't know of anyone who would have a grudge against her."
In February, Mrs Regan was involved with the launch of a DVD warning about the dangers of gun and knife gang culture.
Speaking at the time, she said: "Things are reaching a critical point. Kids are dying before us, but we shouldn't have to bury our own children."
In the same month, Mrs Regan was at the then Prime Minister Tony Blair's side at a Downing Street summit on tackling problems relating to gang-related crime.
Her campaigning work was also praised by Princess Anne during a visit to the city earlier this year.
Labour minister Hilary Benn, who is the MP for Leeds Central and knew Pat Regan, said he was upset by the news of her death.
"I'm shocked, and greatly saddened to hear of Pat's death," he said.
"She made a huge impression on me and on many people that she met. She was determined to do all that she could so that other mothers didn't go through the experience that she went through when her son, Danny, was killed."
D

I guess it stands to reason that she is now anti-knife, also.
Z

dannysdad said:
I guess it stands to reason that she is now anti-knife, also.
Click to expand...

reason dictates she no longer has the luxury to be anti-anything anymore.
J


'I dreamed about my son's murder'

When Danny Regan was shot dead a few days before Christmas in 2002, he was not mourned by many beyond his close family and friends. 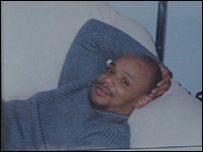 
After all he was a drug dealer who carried a gun and wore a bullet-proof vest because of the treacherous circles he moved in.
His death was perhaps inevitable, and it was certainly something which his mother, Pat, had feared would happen.
Five years later she is a prominent anti-gun campaigner who was invited to a summit on gun crime earlier this year by the then home secretary.
Mrs Regan has brought up six children, and she is keen to point out that Danny is the only one of her sons who turned to crime, who lived "that lifestyle".
Teachers struggled to cope with young Danny's hyperactive behaviour, and he left school in Leeds at 15 with no qualifications.
Danny grew with marijuana being smoked at home by his father, and he began dealing in "weed" to supplement his unemployment benefit.
"Then he got in with the big boys and the real trouble was when he started dealing in hard drugs," said Mrs Regan.
She said she had never allowed her son to bring drugs or guns into her home, and repeatedly tried to tell him to give up his lifestyle.
But the money was good - far better than he could ever earn legitimately - and Danny considered it a risk worth taking. 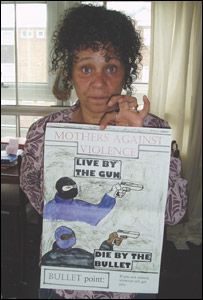 Kids are using computer games where they get extra points for the number of people they kill... What sort of things are we teaching our kids?


Mrs Regan said: "As a drug dealer, there is always somebody ready to rob you or rip you off so you increasingly have to do cruel things to survive."
In 2000 Danny was being threatened by a notorious Leeds villain called Frank Birley, who had recently been released from prison and was himself later shot dead.
Mrs Regan said: "I used to be terrified. I remember one time when Frank Birley was driving around and around and was threatening me and Danny."
But Danny was still making money and was able to afford a Porsche sports car and buy a large house at Haydock, near St Helens, Merseyside.
"He felt it was good to get away from Leeds," said his mother.
But trouble followed Danny and on 12 December 2002 a gunman broke into his home.
He was chased up the stairs and gunned down. His body was not discovered for three days.
Premonition?
Danny left behind two children, Bianca, who was seven, and Danny junior, who was only three.
Mrs Regan said she believed Danny knew his death was imminent.
"The Monday before he died he gave me £500 for Bianca's Christmas present. That was not like my Danny. He was a show-off. He would buy his daughter the world and he would turn up like Santa Claus on Christmas Day to give it to her," she said.
Mrs Regan said her son had talked of leaving drugs behind.
"He was going to run a nightclub in Middlesbrough.
"He said he wanted a girlfriend who didn't need to take drugs at the weekend to have a good time. He wanted an intelligent girl to bring him out of the street life." 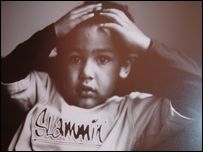 Danny Regan's son has struggled to cope with his father's death


She said remembered her son saying he wanted some childhood photos, some good memories.
"It was like he had some sort of premonition about his death.
"I dreamed about his murder the week before he died and he knew there was something wrong, but I didn't tell him about it."
She said Danny had adored his children and they spent most weekends with him, although they had no idea how he made his money.
Mrs Regan said: "It's been very difficult for them. Danny had a toy helicopter and when he died I said I'd give it to Danny junior one day, and he said when he gets it he is going to fly up to the sky and bring his dad back from heaven."
Dangerous lifestyle
It was also hard for Danny's brothers and sisters.
His younger brother Aaron said: "I was shocked when he died. It was a reminder of the dangers of that lifestyle. I had a lot of friends who were involved in that sort of thing at the time, and I have distanced myself from them." 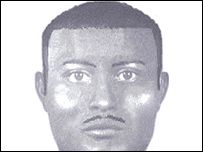 A man fitting this description was seen near Danny's home


He added: "I looked up to him a lot but I knew about his lifestyle and I worried about him, although I would never say anything to him."
Mrs Regan said she thought the government was finally taking some action on gun crime, but she felt many young people did not respect their own lives or those of others, and more should be done to tackle negative influences on young people.
"Kids are using computer games where they get extra points for the number of people they kill and they're watching all this rap shit, like Get Rich Or Die Trying. What sort of things are we teaching our kids?" Merseyside Police have repeatedly appealed for information about Danny's murder. They specifically want to know about a grey Rover car, registration number J609 MBU, which was stolen in Manchester and was found burnt out shortly after Danny was killed. Anybody with any information should contact Merseyside Police or call Crimestoppers on 0800 555 111.
J

Another case of misdirected efforts. Guns had nothing to do with the "tradegies" that drove her to do what she did for so long. Imagine what she could have done, had she focused her efforts on th "real" problem.

Spraying the flames of a fire so it won't go out but it sure looks like you're doing something.
D

Bob Loblaw said:
I know, it's probably wrong to laugh... but
Click to expand...

That was the first thing I did. I figured it was an article from The Onion or something