This folding-stock AK is built on a NodakSpud receiver with Tapco G2 fire control parts, muzzle brake, and SAW grip for 922r compliance. 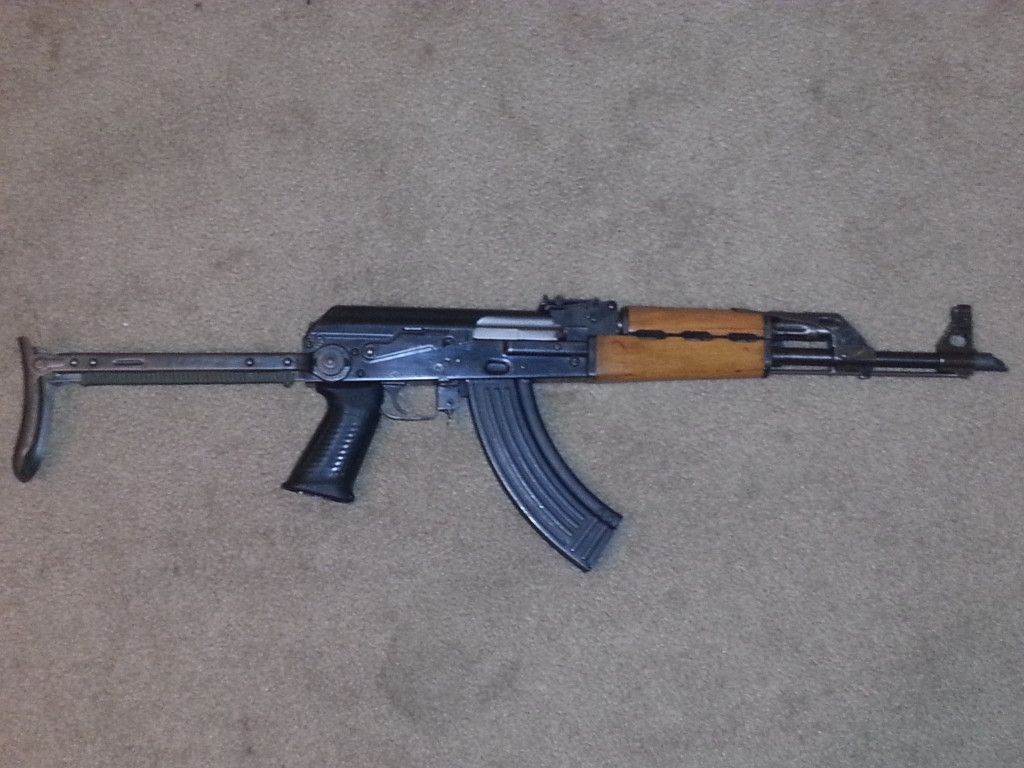 I will include 5 Chinese 30-round magazines (non-ribbed), 3 Romanian 30-rounders (ribbed) and one Romanian 75-round drum magazine.

The Yugoslavian AKs are known for accuracy, as they are built on more rigid 1.5mm receivers; I've had no trouble popping clays at 100 yards with just the irons.

The iron sights have tritium inserts which still glow, but faintly. The date code on the trunnion says 1987, and the numbers on the the parts all match except for the top cover. The bore is dark but still shoots very accurately. This is a screw build.