Happy Birthday to my fellow Marines.

Thank You For your Servcie
Happy 238th Birthday

thanks for all that served. Y'all are the true american heroes

Message from the Commandant

[h=2]General John A. Lejeune's Birthday Message[/h]
On November 10, 1775, a Corps of Marines was created by a resolution of the Continental Congress. Since that date, many thousand men have borne the name Marine. In memory of them, it is fitting that we who are Marines should commemorate the Birthday of our Corps by calling to mind the glories of its long and illustrious history.

The record of our Corps is one which will bear comparison with that of the most famous military organizations in the world's history. During 90 of the 146 years of its existence, the Marine Corps has been in action against the Nation's foes. From the Battle of Trenton to the Argonne, Marines have won foremost honors in war and in the long era of tranquility at home. Generation after generation of Marines have grown gray in war in both hemispheres and in every corner of the seven seas [so] that our country and its citizens might enjoy peace and security.

In every battle and skirmish since the birth of our Corps, Marines have acquitted themselves with the greatest distinction, winning new honors on each occasion until the term "Marine" has come to signify all that is highest in military efficiency and soldierly virtue.

This high name of distinction and soldierly repute we who are Marines today have received from those who preceded us in the Corps. With it we also received from them the eternal spirit which has animated our Corps from generation to generation and has been the distinguishing mark of the Marines in every age. So long as that spirit continues to flourish, Marines will be found equal to every emergency in the future as they have been in the past, and the men of our Nation will regard us as worthy successors to the long line of illustrious men who have served as "Soldiers of the Sea" since the founding of the Corps.​
Last edited: Nov 10, 2013

Happy Marine birthday to my good friends Stone, Mark, Bill, Nick, and Ray and all you other Devil Dogs!

Damn all we need is to have a cake cutting ceremony Darkhorse! Good post. Happy Birthday MasterGuns! I'll tip a glass tonight for sure. Have a good one!

Sent from my SAMSUNG-SGH-I317 using Tapatalk 2

craftkr said:
Damn all we need is to have a cake cutting ceremony Darkhorse! Good post. Happy Birthday MasterGuns! I'll tip a glass tonight for sure. Have a good one!

Sent from my SAMSUNG-SGH-I317 using Tapatalk 2
Click to expand...

I've got the sword, won't fit into my dress blues though lmao

Hmmmm. I cant fit in mine either. Its amazing how scrawny I was on active duty.

Sent from my SAMSUNG-SGH-I317 using Tapatalk 2

How about a pic of when I could 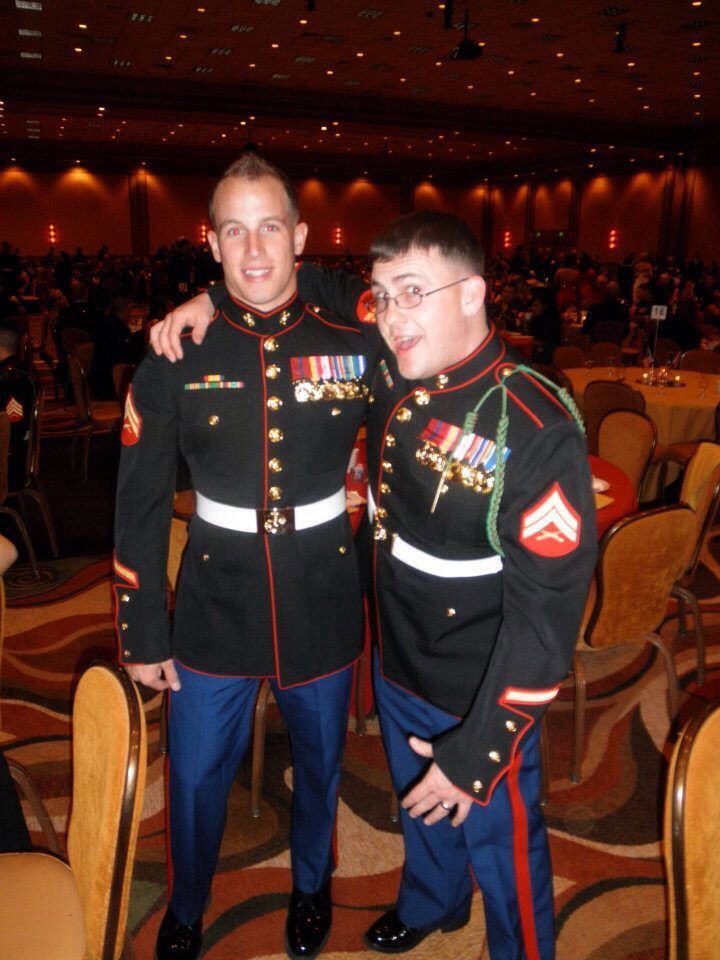 Never made it to a Marine Corps Ball. I was always deployed. I heard they were nice though.