This couldn’t possibly happen here, could it?
[FONT=Calibri, Verdana, Helvetica, Arial]It is now closer to reality than you think.
You're sound asleep when you hear a thump outside your bedroom door..
Half-awake, and nearly paralyzed with fear, you hear muffled whispers.
At least two people have broken into your house and are moving your way..
With your heart pumping, you reach down beside your bed and pick up your
shotgun.
You rack a shell into the chamber, then inch toward the door and open
it. In the darkness, you make out two shadows.

One holds something that looks like a crowbar. When the intruder
brandishes it as if to strike, you raise the shotgun and fire. The blast
knocks both thugs to the floor. One writhes and screams while the
second man crawls to the front door and lurches outside. As you pick up the
telephone to call police, you know you're in trouble.

In your country, most guns were outlawed years before, and the few
that are privately owned are so stringently regulated as to make them
useless.
Yours was never registered. Police arrive and inform you that the second
burglar has died. They arrest you for First Degree Murder and Illegal
Possession of a Firearm. When you talk to your attorney, he tells you
not to worry: authorities will probably plea the case down to manslaughter.

"What kind of sentence will I get?" you ask.

"Only ten-to-twelve years," he replies, as if that's nothing. "Behave
yourself, and you'll be out in seven."

The next day, the shooting is the lead story in the local newspaper.
Somehow, you're portrayed as an eccentric vigilante while the two men
you shot are represented as choirboys. Their friends and relatives can't
find an unkind word to say about them.. Buried deep down in the article,
authorities acknowledge that both "victims" have been arrested numerous times. But
the next day's headline says it all: "Lovable Rogue Son Didn't Deserve to
Die."

The thieves have been transformed from career criminals into Robin
Hood-type pranksters. As the days wear on, the story takes wings. The national
media picks it up, then the international media. The surviving burglar has
become a folk hero.

Your attorney says the thief is preparing to sue you, and he'll
probably win. The media publishes reports that your home has been burglarized
several times in the past and that you've been critical of local police for
their lack of effort in apprehending the suspects. After the last break-in,
you told your neighbor that you would be prepared next time. The District
Attorney uses this to allege that you were lying in wait for the
burglars.

A few months later, you go to trial. The charges haven't been reduced, as
your lawyer had so confidently predicted. When you take the stand, your
anger at the injustice of it all works against you. Prosecutors paint a
picture of you as a mean, vengeful man. It doesn't take long for the
jury to convict you of all charges.

The judge sentences you to life in prison.

On August 22, 1999, Tony Martin of Emneth, Norfolk, England, killed
one burglar and wounded a second. In April, 2000, he was convicted and is
now serving a life term.

How did it become a crime to defend one's own life in the once great
British Empire?

It started with the Pistols Act of 1903. This seemingly reasonable law
forbade selling pistols to minors or felons and established that handgun
sales were to be made only to those who had a license. The Firearms Act
of 1920 expanded licensing to include not only handguns but all firearms
except shotguns.

Later laws passed in 1953 and 1967 outlawed the carrying of any
weapon by private citizens and mandated the registration of all shotguns.

Momentum for total handgun confiscation began in earnest after the
Hungerford mass shooting in 1987. Michael Ryan, a mentally disturbed Man
with a Kalashnikov rifle, walked down the streets shooting everyone he
saw. When the smoke cleared, 17 people were dead...

The British public, already de-sensitized by eighty years of "gun control", demanded even tougher restrictions. (The seizure of all privately owned handguns was the
objective even though Ryan used a rifle.)

Nine years later, at Dunblane , Scotland , Thomas Hamilton used a
semi-automatic weapon to murder 16 children and a teacher at a public
chool.

For many years, the media had portrayed all gun owners as mentally
unstable or worse, criminals. Now the press had a real kook with which
to beat up law-abiding gun owners. Day after day, week after week, the
media gave up all pretense of objectivity and demanded a total ban on all
handguns. The Dunblane Inquiry, a few months later, Sealed the fate of
the few sidearm still owned by private citizens.

During the years in which the British government incrementally took
away most gun rights, the notion that a citizen had the right to armed
self-defense came to be seen as vigilantism. Authorities refused to
grant gun licenses to people who were threatened, claiming that self-defense
was no longer considered a reason to own a gun. Citizens who shot burglars
or robbers or rapists were charged while the real criminals were released.

Indeed, after the Martin shooting, a police spokesman was quoted as
saying, "We cannot have people take the law into their own hands."

All of Martin's neighbors had been robbed numerous times, and several
elderly people were severely injured in beatings by young thugs who had
no fear of the consequences. Martin himself, a collector of antiques, had
seen most of his collection trashed or stolen by burglars.

When the Dunblane Inquiry ended, citizens who owned handguns were
given three months to turn them over to local authorities. Being good British
subjects, most people obeyed the law. The few who didn't were visited by
police and threatened with ten-year prison sentences if they didn't comply.
Police later bragged that they'd taken nearly 200,000 handguns from
private citizens.

How did the authorities know who had handguns? The guns had been
registered and licensed. Kinda like cars.

WAKE UP AMERICA; THIS IS WHY OUR FOUNDING FATHERS PUT THE SECOND
AMENDMENT IN OUR CONSTITUTION.

"..It does not require a majority to prevail, but rather an irate,
tireless minority keen to set brush fires in people's minds.."

Ya, more twisted words and paranoia. Glad to see you're coming around and seeing things for what they are.

The funny part of this is, the email leaves out "the rest of the story".

The shotgun he had was illegal, true, because he'd been charged with shooting at cars years prior, thus had his permit to own a shotgun revoked. There was supposedly other gun related problems besides the cars.

He shot the kids as they were trying to escape after he confronted them. He shot the kid that died in the back and the other in the leg form behind.

It also leaves out that he has/had mental issues.

Of course the "email" being forwarded works better to get the panic going if they leave out important details and manipulate the story.

Oh and that's in England. They're kinda different over there too.
G

Always two sides to every story, I didn't want to come off as beleiving every word of this story as it was told hense the "from an email", but I am kind of pissed it reads he shot one of the perps as he raised a crowbar, too me that would of been more than justified. But then again, I always go back to square one, they shouldnt of been breaking and entering. effem.
J

There was a 3rd perp that either wasn't there or got away quicker, but he was convicted of conspiring to rob the guy along with the guy that survived.

But the shot to the back was pretty clear the guy wasn't much of a threat, and apparently when his body was found, it was clear, he too was headed out a window.

I agree, it sucks that he was charged at all, but that's England and he had a past or being a less that responsible gun owner. And, he ran and hid the gun then went to stay at an Inn. He wasn't arrested for a day or 2.
D 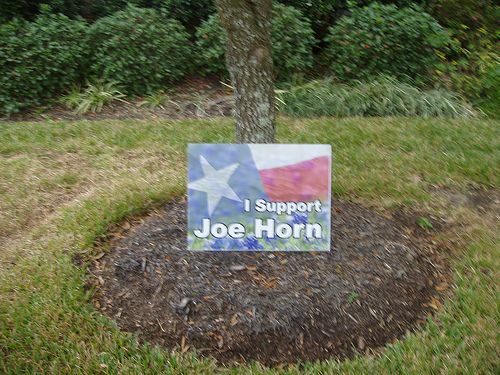 Naperville ILLINOIS for now be back in the promise

You can not relay on the police to save your ass when hell comes knocking. Even if the gun was in his possession illegally he still had a right to defend his home. When a perp. is killed while in the act of a crime then that's just job hazards. When a 2,000 pound bull knocked me through a barbed wire fence dislocating my shoulder and making me spend the evening pulling cactus thorns out of places I still whence at the memory of, I didn't blame the bull I just finished working the herd and showed up the next day. It's part of the job, they made a choice in there carrier and suffered the conciquences. Write the home owner a big ass fine and shake his hand or scold him for not getting the other one or two how ever you see it. YOU are responsible for your wellbeing nobody else just YOU. Yes the home owner had fired at cars. Why was he not in jail or a mental institute. I'm not saying your info is worng I know the story as well and he should have been locked up. Everyone has a basic animalistic right to defend themselves and it can not be taken from you unless you alow it. There are a lot of things about this story that is screwed up. Like the fact that there had been lots of robberies in the area and the jolly good blokes couldn't catch them. Yes it's England but were martching in that direction and close to double time. Keep your eyes open your skills sharp and your head on a swivel. That brown cloud anit dirt in the air dirt don't smell like that.
M

JKTex said:
He shot the kids as they were trying to escape after he confronted them. He shot the kid that died in the back and the other in the leg form behind.
Click to expand...

Wah. Break into someone's home and die. That's the way the world needs to work.

And it's not that paranoid. Get in a defensive shooting in a state like California. Even in a case of clear-cut self defense, you're not going to have fun. Get a prosecutor like Kamala "Cop Killers Shouldn't Fry" Harris in San Francisco, and even if you've got security cameras and witnesses to prove you acted in self defense, you're going to need a defense lawyer.
You must log in or register to reply here.
Share:
Facebook Twitter Reddit Pinterest Tumblr WhatsApp Email Share Link