My butts been wiped 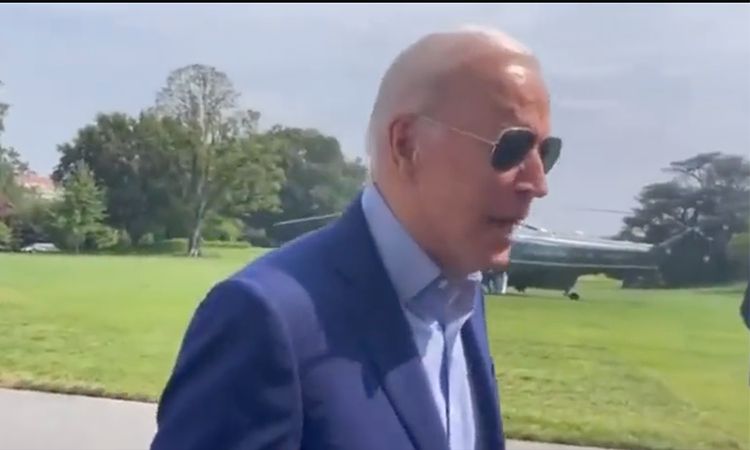 Video: 'POTUS' Barked Out, 'My Butt's Been Wiped' When He Was Asked If There Is A Pathway To Citizenship In The Reconciliation Package

Joe Biden returned to the White House Sunday and, as usual, had the boot-licking media waiting for him. As he approached the press area, a reporter asked him about his opinion on reconciliation and amnesty. Biden said it “remains to be seen” if a pathway to citizenship will be included in the...

Biden is like a goose. Wakes up in a new world every day.

Well he is a fake president!

I don't know if Biden really said that or not; yet, the video makes me imagine what would have happened had President Trump ever muttered anything like that while asked a question by the press. They'd be demanding his immediate removal from office. Regardless of this video, Biden just keeps rolling on through what appears to me to be a dementia (or other mental illness) riddled existence. My mom had dementia for several years before she passed. She had to be placed into an assisted living facility when she became violent. When I visisted her, I met and interacted with many others suffering from dementia in that place during the years she lived therein. Biden seems to be a lot like some of those I met, I wonder how long before he turns violent. How scary is it that he has the launch codes for - or the authority to order the launch of - our nuclear weapons. I hope no one listens to him should be decide to pop off. And when he is out, probably before his term is even close to ending, there will be the cackling crazy lady - Kamala Harris - to take his place. I long for the next election.