Ingram open bolt.Been in the family since the 70s.I do not shoot it as much as I want too.I think this is going to be the first gun on the ban list.
S

Hehe, cool. Eventually I want to buy one since they are the cheapest way into class III toys. Not to mention, anything with a high cyclic rate is cool in my book.
D

The early MACs were all open bolt and lots were converted before the 1986 registration ban. If it is only semi-auto it is still a rare and valuable piece.

Keep an eye on that sear if it is semi and replace in the event of wear. These have been known to go auto with extended use. My NFA Mac when first purchased would keep firing till empty or a jammed due to part wear. God forbid you have a semi gun malfuntion into auto with the wrong group. People have been arrested for such failures.

Crude but effective little contraptions. I was recently informed that MAC 10's in .45 are in current use door knocking in bad spot around Iraq. For FAST, light, decisive firepower in a small area they are hard to surpass. I prefer the MP5-PDW or B&T MP9 however the fact you can use 45 is perhaps reason enough to make the change. The grease gun in 45 is another classic on the same theme (not nearly as compact) which my step-father carried on patrol in Vietnam.
P 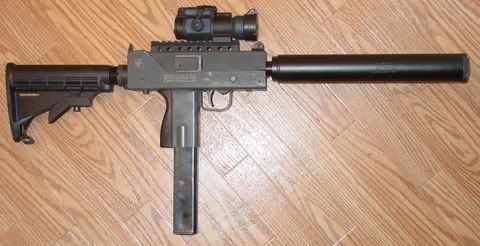 A bullet hose if there ever was one.
P 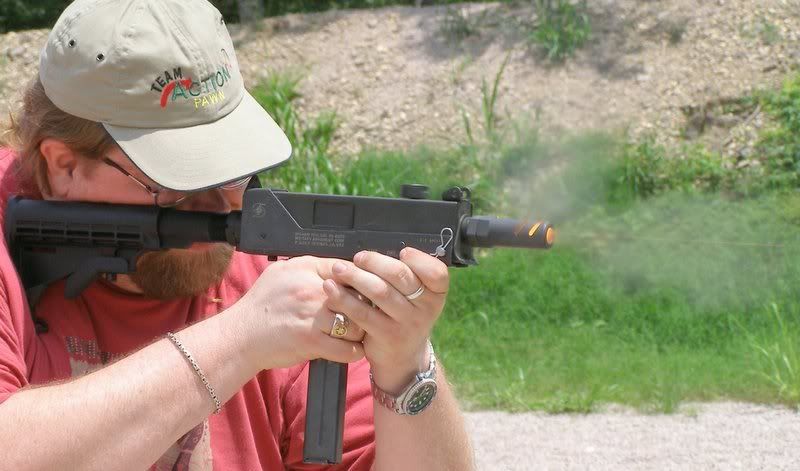 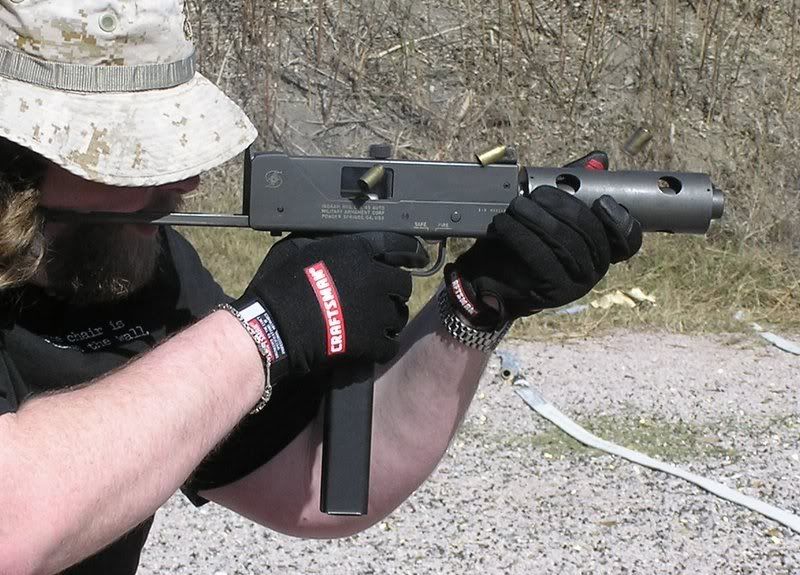 Yep, Aimpoint Comp M2 on a Larue QD mount, Stony Creek Armory side charging rail top upper and AR stock adaptor. I don't have any photos of that setup in action but the top one here is the 9mm upper in action (see the bullet in flight!?), the bottom one is the original Powder Springs config, .45ACP.
You must log in or register to reply here.
Share:
Facebook Twitter Reddit Pinterest Tumblr WhatsApp Email Share Link