Well I finally got it to the range. I took along my P-11 for comparison. It has a much better trigger than the P-11, but is nowhere near as accurate. This target is shot from 15yards free hand using a weaver stance. No function problems at all. 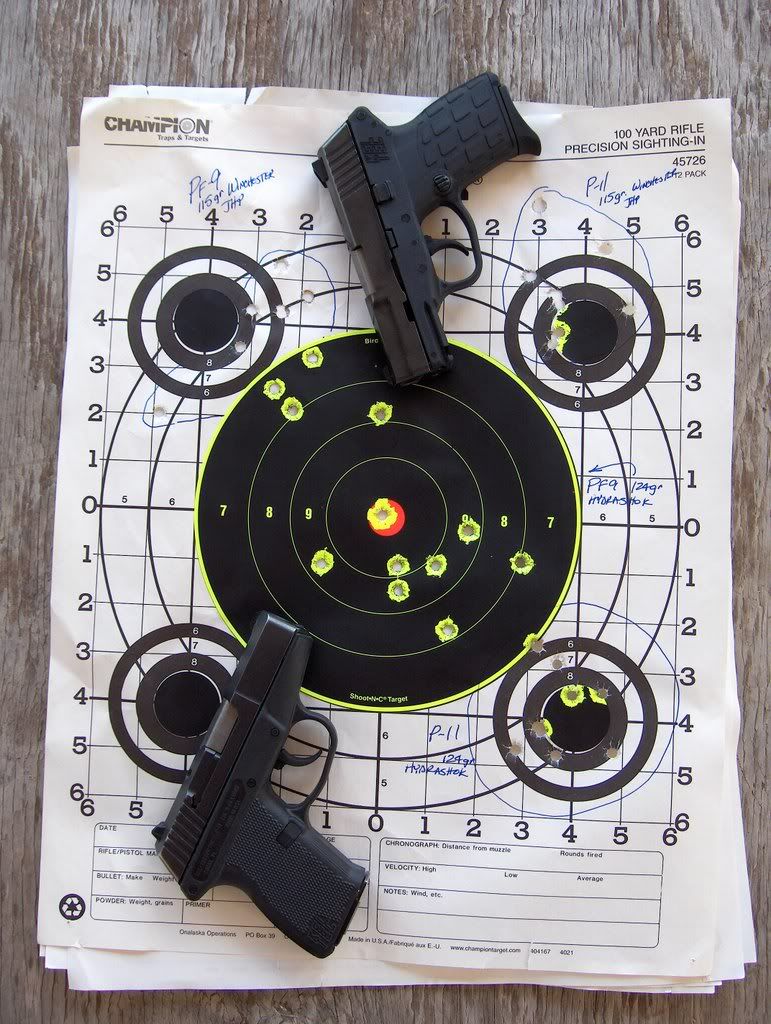 Funny, I just bought a P11 and shot it today for an off duty/backup weapon. Don't care for the trigger much, but overall I like it.
M

How was the recoil from the Hydrashocks?Looks like it is an accurate gun.
T

mac,
There was very little difference in felt recoil between the HydraShoks and the others.

SO,
It took me a while to get used to it as well, but now it is just like any other DA I have. I thought about performing the fluff & buff that is talked about in the KTOG forum, and even thought about performing the trigger pull lightening procedure there as well, but I just decided that since the gun was used, in most cases for a BUG and it is only shot once a month, I would leave it as is and just learnto shoot it the best I could.