A true case of OC vs CC


Meleanie Hain wears her loaded Glock 26 on her hip when she attends her 5-year-old daughter s soccer practices and games at Optimist Park. It s not that she s expecting trouble, Hain explains; she carries the weapon everywhere. (Jim Zengerle / Lebanon Daily News)What’s the difference between a bulldog and a soccer mom?
In the case of Meleanie Hain, it’s a loaded sidearm.

On Sept. 11, Hain created a stir among other parents when she wore her weapon — a loaded Glock 26, about the size of an adult hand — in a holster to her 5-year-old daughter’s soccer game at Optimist Park in Lebanon, also known as Southwest Park.

Although shedid not break a law by carrying the weapon openly, she is now facing the loss of her concealed-weapons permit. But she is not giving up without a fight.

“I’m just a soccer mom who has always openly carried (a firearm), and I’ve never had a problem before,” she said. “I don’t understand why this is

Five-year-old Isabella Hain gives her mother a hug before heading onto the field yesterday. Former District Judge Nigel Foundling, who serves as director of the Lebanon Recreation Youth Soccer Program, told Isabella s mom in an e-mail that carrying a weapon violates the program s policy. A responsible adult would realize that such behavior has no place at a soccer game, Foundling wrote. (Jim Zengerle / Lebanon Daily News)happening to me.”

Parents were upset by the presence of the weapon at the game being played by 4- and 5-year-olds, said Charlie Jones, who coaches one of three under-age-6 teams, known as U6, in the Lebanon Recreation Youth Soccer program.

“More than one parent was upset,” he said. “I did not see it, but it was brought to my attention.”

Jones, who is also the county’s public defender, said he wasn’t certain if Hain was breaking the law by wearing the gun, so he did not ask her to remove it. However, he explained to her that its presence was making parents upset and asked her to view the game from the other side of the field, away from the sideline were the kids were standing. She complied but continued to wear her holstered weapon, he said.

There was no confrontation, and police were not called to the park, Jones said.

Hain’s version of events is roughly the same as Jones’. However, she claims he raised his voice and talked over her when they spoke after the game. He denies that.

“His basic message to me was that if I was not carrying it because I was concerned about the other parents, then I should leave it off the field and keep it in the car,” she said.

Hain, who lives in Lebanon and operates a small business she declined to specify, said she carries her gun everywhere as a security measure and had worn it to her daughter’s other games and practices, but it was never noticed.

Hain was not breaking the law by wearing a holstered weapon, claimed her attorney, Robert Magee of Allentown.

“The state has a law requiring a license to carry a concealed firearm, but it does not require a license to openly carry one. ... Carrying a firearm openly is legal everywhere but in Philadelphia,” he said.

The end of the game was not the end of the incident for Hain. In the days following, she received two notices about her decision to wear a firearm at the game.

The first came from the Lebanon soccer-program director, Nigel Foundling, who had been contacted by Jones.

A former district judge from Jonestown, Foundling sent an e-mail to Hain the day after the incident advising her that carrying firearms was against the program’s policy. Foundling told Hain any future attempts to do so would cause her to be banned from attending her daughter’s games. He also said he would inform police about the matter.

“A responsible adult would realize that such behavior has no place at a soccer game,” Foundling wrote.

The e-mail and other information about the incident were provided to the Lebanon Daily News with Hain’s permission by Mike Stollenwerk, co-founder of the OpenCarry.org — an organization promoting the right to wear firearms openly.

Hain said Foundling had no right to prevent her from openly carrying her gun, and she has not abided by his orders.

“After I received the e-mail, I continued to carry,” she said. “Because they play on public property, they are not allowed to prevent me from carrying even though they are a private organization. ... Nigel seems to think he could throw his weight around and pick on me even though he is not a judge anymore.”

A few days after receiving Foundling’s e-mail, Hain received a letter from county Sheriff Mike DeLeo, the local authority in charge of issuing gun licenses. A parent of another child contacted him about Hain.

In response, DeLeo revoked her concealed-weapons permit under a statute of the Pennsylvania Uniform Firearms Act that denies permits to any “individual whose character and reputation is such that the individual would be likely to act in a dangerous manner to public safety.”

Although DeLeo has never met Hain and does not know her, he based his decision on what he considered a lack of judgment in bringing an openly worn weapon to a youth soccer match.

“That is my personal opinion,” he said. “I believe that, and that is why I revoked her permit. She has the right to pursue an appeal, and if the court rules that I was not justified I will be required to give her permit back.”

Magee said he is preparing to file an appeal.

“There is a provision of the Pennsylvania Constitution that specifically prohibits any government agency from interfering with the right of an individual to openly carry a firearm,” he said. “He’s basically punishing her for doing something she is permitted by law to do.”

DeLeo said he was well aware of the irony that his revocation of Hain’s permit to conceal a weapon will actually force her to wear it openly if she chooses to carry her firearm. He said he wanted to bring the matter to the public’s attention, but he did not have the right to take away her gun, so revoking the permit was his only option.

“I felt some action was needed, and I do believe that something like this should be brought to the public’s attention so the public is aware of what took place,” he said. “The public has the right to complain about the issue, and if the Legislature wants to do something, then so be it.”

I just don't understand the concept of a local LEA, rather a specific person in a local LEA having the power to issue and revoke a license of any kind, where he/she can use their own biased judgment or opinion to do so. Who died and made them King?

But the whole issue is bizarre, because now she can't take measures to conceal the gun if she decides that is best. I hope she'll continue to carry openly as she's now been forced to do by law.

There's some strange crap in this country.....
S

They are pursuing this case up in Penn. The guys on the OCDO have extensive threads and are in contact with the gun owners groups based in Penn. Those folks have been kind enough to keep us informed of their progress.

Wow, that's bullsh*t. If some nut job happened to decide to go on a shooting spree thinking it would be like fish in a barrel just because it's a soccer game, you can bet people wouldn't have nearly as much problem with someone being there that could actually stop the attack. F*cking people in this country are godd@mn idiots. Our country has faired pretty good compared to most up until recently, considering the fact that for the better part of the last century people were able to actually stand up for and defend themselves. We are going to end up like England if we keep allowing emotional morons like that continue to write and influence the law.
L

I don't think she's in the wrong. What's the difference between her carrying a gun than a cop walking around wherever he pleases carrying a gun? I've seen more accidental shootings, and discharges from cops than the average everyday gun carrying citizen. I think next time she should carry 2 guns.
J

I believe I can sum up my thoughts with 2 images, so let's see here.... 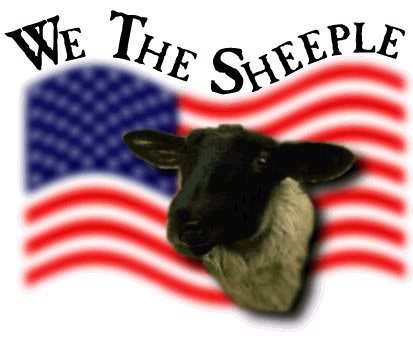 JKTex said:
I just don't understand the concept of a local LEA, rather a specific person in a local LEA having the power to issue and revoke a license of any kind, where he/she can use their own biased judgment or opinion to do so. Who died and made them King?
Click to expand...