This weekend, the family and I made the trip to Princeton for the Louisiana State IDPA Championship. The weather was fantastic. This was my third sanctioned match with a revolver but my first out of state match. The folks at Miculek IDPA really know how to challenge a wheel gunner. A couple of the stages were the toughest I've ever encountered for a 6 shooter. Extra reloads, reloading the gun with ONLY 3 rounds on the clock, TWICE, 1 shot per target with 15 targets, etc.
I made mistakes that I didn't know were possible. :unsure: It was a great learning experience for me.
My club, Cross Timbers IDPA, put on a good show and took home a big chunk of the woodpile.
I also achieved a personal goal, which was taking an SSR division championship trophy home and getting it at Jerry's made it just that much better. Watching JM work his magic was awe inspiring, even though I've seen him shoot a few times before. It never gets old.
Anyway, it was a great match and I hope I can make it back next year. 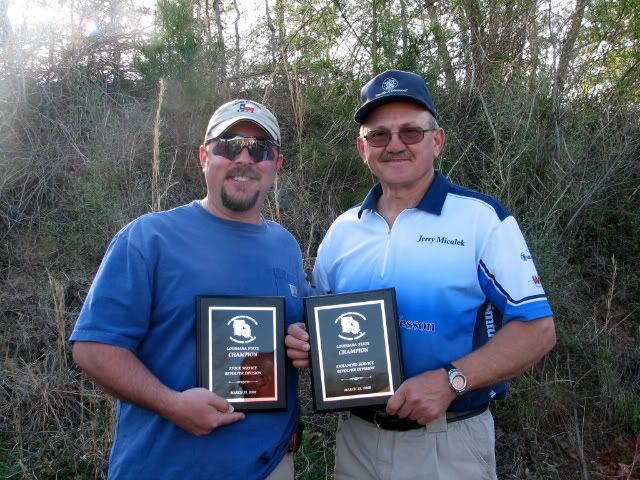