Why did this cow die?

TexMex247 said:
If you looked into her mouth you may find she has little or no teeth left. Sometimes a cow can look perfectly normal up until their end. They go downhill fast when their teeth go. Another and even more likely cause is poisoning through whatever she may have ate.

I've seen a cow die within hours of eating Johnson grass. It's highly toxic to them but they will go after it sometimes. I would poke around their grazing areas and make sure there aren't any big patches of it around. Golden rod will eventually give them the trembles and kill them too.
Click to expand...

Johnson grass is a relative of sudan and can have nitrates. However, death from nitrates occurs within a matter of minutes of ingestion. They don't lay around for a day or two.

sobi1998 said:
Why is it that it’s easier to get a wildlife exemption if you already have an ag exemption?
Click to expand...

The statutes governing property taxation of Section 1-d-1 open-spaced lands devoted to wildlife management purposes are set forth in Texas Tax Code, Chapter 23, Subchapter D, Appraisal of Agricultural Land. A property can only be assessed based on wildlife management use if at the time the wildlife management began the property was already being appraised as qualified open-spaced land under the Tax Code. TEX. TAX CODE §23.51(7)(A). This means that the property was being appraised as open-spaced land because the land had been devoted for five of the preceding seven years to producing crops, raising livestock, or producing timber, or the land was used as an ecological laboratory by a college or university. See TEX. TAX CODE §§23.51(1).

F350-6 said:
Johnson grass CAN be highly toxic during certain conditions. Usually drought stressed and fertilized too much causing prussic acid poisoning. Sorghum and Sudan are the same (same family), but the drying of hay will 99% of the time lower it to a safe level, so it's only the stuff currently growing in the fields that are a concern.

Other weeds are a possibility too. The key would be to monitor the other cows closely and see if any of the others develop symptoms. Otherwise a necropsy and lab tests is the only way to get all the answers.
Click to expand...

When nitrates are present they do not dissipate after baling, prussic acid will. Death is within minutes. You are right the sorghums, sudan johnson grass and it occurs in new growth that undergoes stress, freeze or drought.

Vaquero said:
The Johnson grass issue is prevalent after a prolonged dry spell followed by a good drenching rain. Acids develop on the leafy parts. A white powder/dust on the mature blades are a good sign of bad Johnson grass.
Click to expand...

The problem occurs in the new growth usually less than 50cms in height. That means it is early in the season or regrowth after mowing.
Last edited: Apr 14, 2021

mongoose said:
You are most likely correct. She did have someone wanting to run cattle but they were not interested in maintaining the fences. She is very much a newbie to this and she did not find it difficult. If you have the option with your land, I think cutting and baling hay is an easier way to go than raising cattle.
Click to expand...

From the photo seen around the cow you better get ready for a lot of clean up work. That pasture has too many obstacles in it to mow and bale.

Glenn B said:
So, allow me to ask:

If she looked like that when you bought her, well - my guess is she was already on her way out.

In my limited experience, with farm animals - on my uncle's farm (both for years before & after he purchased the farm) - it sounds a lot like either a parasite infestation or possibly Brucellosis. I suppose it also could be a lot of other things, it would need a necropsy to determine what she had and I strongly recommend such in the event that it might be a disease transmittable to humans.

The two old ladies, who owned the farm that became my uncle's farm before my uncle bought it, had a small herd of milk cows. I recall one of them, much as you described and it was diagnosed with a late stage of Brucellosis and it had to be euthanized. Others of their small herd were found to be healthy; cows can often get it and recover but not all recover. Of course it could also be something else and as I said it is worth getting a necropsy to assure it is not something you could have picked up from handling her.
Click to expand...

Cattle with brucellosis have abortions and usually no other signs. Man can get it from milk or uterine fluids getting into a wound. There are few diseases that transmit to man from cattle.

Not a Leftist douchebag!

roadkill said:
How does he get away with donating the hog meat. I’m helping a landowner nearby trapping and was looking into donating the meat and hit a roadblock. Wild hogs are treated just like domestic and they must be inspected by a usda inspector before they are killed in order to donate/sell the meat. Is he also a certified usda inspector?
Click to expand...

If you have a way to transport and are close by a holding station, you can sell your trapped hogs instead of killing them. 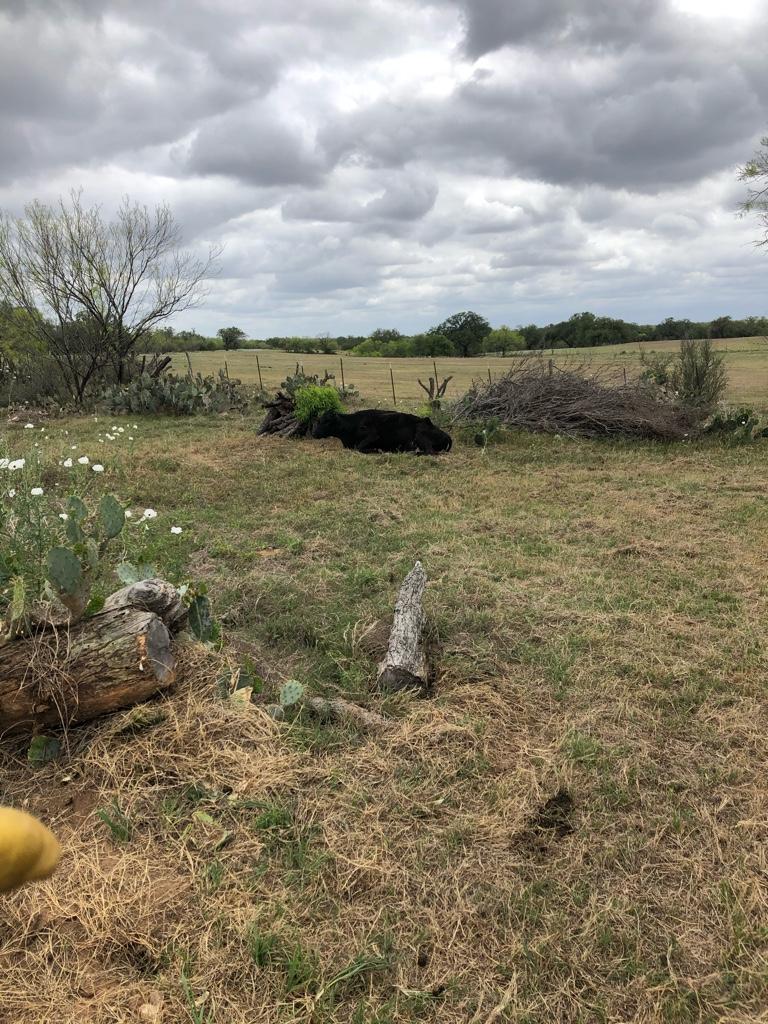 I never got a look at her poop or teeth. All I know is that they were “dewormed” before arrival.

I drug her out to a far pasture and closed the gate to it. Cows can’t access her body

The vomit was very watery consistency and of course green. No blood in it

I’m new to owning cattle. I’ll keep that penicillin comment in mind and do some research on that

Are there any hedge apple (osage orange) growing in the pasture. It is not normal for cattle to vomit. What appears as vomit is actually some food and water which is trapped between the throat and the esophageal sphincter at the rumen/reticulum opening. The apple can not pass into the rumen blocking the movement of food and water. There can be quite a volume caught here. The animal dies of dehydration. Sometimes cattle eat them when other food is scarce.
M

cvgunman said:
If you have a way to transport and are close by a holding station, you can sell your trapped hogs instead of killing them.

This man comes to your location and butchers them on site.
M