Back from the void!

Changing tone quickly, the reason for my absence initially was due to an awful situation. A long time childhood friend and neighbor lost his Mother and 18 year old sister after they were each shot in the head during a home invasion. The mother died quickly, but the sister was able to survive long enough to not only call 911, but answer the door for the cops, be transported to the hospital and early into the next morning. At about 4 am, she was sedated (or maybe fell asleep on her own, unclear here), but when she was sleeping, her brain began to swell. A third person, a family friend who was there doing some work on the house, was also shot. We thought he was going to live and be able to provide information to catch the sub-human scum that did this, but he also passed away after a few days. I took time to spend time with him during that long week and following weekend. His family is originally from Laos (moved here in 1980), and they celebrate the lives, rather than mourn their deaths, everyday until the viewing/funerals. I've tried to keep him company and make sure he knows he's not alone. I went with him to purchase a new gun (M&P in .45 is what he got), as he had just sold his old one a few months ago. With the background situation behind this (I won't go into detail on this, but we think it involves some not so upstanding citizens within his family), and the fact that the murderers didn't steal anything, they may still be out there willing to harm him, and he needed to be able to protect himself. It's been rough, but he is keeping busy. Still keeping in touch as the realization of things begins to slowly settle in for him.

Moving on to much lighter notes:
That same friend and I went shooting, and afterwards, I went to clean up my 10/22 Breakdown, and I think I bent the guide rod or something (no idea how I did that). At first I couldn't get the handle to move at all. I could manually compress the spring though. After a bit of banging the part that looked bent (see stock pic below with the arrow pointing toward part that was bent on mine), I was able to get the handle to move, but the action still feels stiff. Haven't shot it since to see if the blow back of a .22 is strong enough to cycle it.

I am just days away from finishing school and graduating! Feels good to get that break! I also got a call the other day with a job offer from the Texas State Comptroller (made a thread on that a while back about me applying for it). I will be in Austin for a week in June and in Houston for four separate one week long stays for training. As the dates get closer, I may ask a few of you locals to guide me on which streets to avoid so I don't spend an hour in traffic. 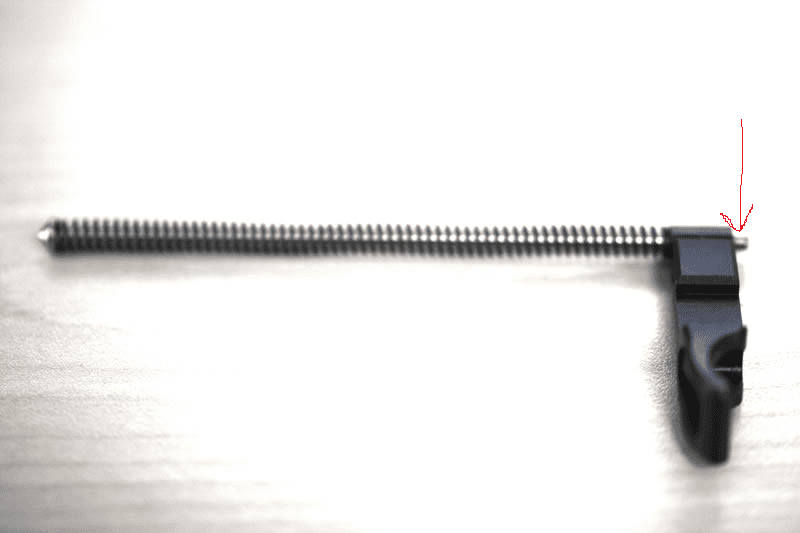 Glad yer back my man

Glad to have you back Bro.

Wow... I've never been so moved, disgusted, excited, let down, and puzzled all at the same time. Lol. Welcome back and sorry to hear about that home invasion. It makes me wonder if I have the training and premeditation to get it right if something happened like that to me.

Well, glad to hear you got the job.
K

Son of a bitch!!!! Sorry bruh. Find them first and i will help with the bodies.
Cause i know of several places in my travels glad you are back !