Semper Libertas! Making plans to be a Free Person ASAP!!!

Willkommen from the big town.

I too left Commiefornia a few years back (lived in the bay area for 30 years), tired of all the BS and too many people and most of them liberal. Anyway as others have said stay away from the big cities as most are becoming liberal enclaves. I recall when Ruger told the Commiefornia DOJ to stick it. The changed manufacturers of a small spring on one of their semis, do not recall which one but I think it was a 9mm. Same spring specs, just now made by company B instead of company A. The commies said you have to give us 10 pistols for testing and 100 rounds for each gun. Ruger said Go F Yourself.

Wiliamr said:
Well, Texas does border on a large body of water and San Antonio, Austin, Houston are Commisocialist havens.... Lots of California, New York and Illinois people are moving to Texas and the last election was tight so, IF you vote anti - socialist Democrat... welcome prepare for the secession.
Click to expand...

I was generalizing, of course about large bodies of water, which CLEARLY doesn't apply to your lovely state... yet but they are trying.

I don't think there is such a thing as Socialist Democrat, just Socialists (calling themselves Democrats, always), which is the first step to Communism, and they reason they want the gen-pop disarmed, especially Marines & rifles...
One shot-one (s)kill...

Most Democrats don't even know the KKK was started by 0 republicans, but about 100% Democrats. Nor are they aware that Republicans never owned a slave, as Republicans WERE the anti-slavery movement, which is why the party started. (There was one Republican that owned a slave, but he was a Democrat at the time...)

I really don't get how they screw up one state, and then move away from what their own ignorance caused, then vote for the same party they left state control of, and they try to do it in another state because it worked "so well"! I think they are not fleeing pinko-states they caused, but trying to infect other states with their continued-ignorance. It seems they cannot learn from their mistakes.

One thing I'll have to get used to is going 10-over the limit, and getting passed by a fully-loaded semi, with extreme prejudice.
This kept happening around Houston, when I went there traveling for work.

Everything the left-pushes generally hurts the middle class and below the most,
but they say they care about the poor?

My lady was a life-long Democrat, but as I kept saying "your boys", and she started to realize I was right, now she says "It's the Democrat screwing it all up". When she went to the DMV to register, she stayed registered Democrat, and votes straight Republican ticket...
TALK ABOUT AN AWESOME MONKEY WRENCH!

Howdy. Chances are where you end up at here won’t be much different than where you left.

No, we don’t have BLM land and there’s a good reason for that.

toddnjoyce said:
Howdy. Chances are where you end up at here won’t be much different than where you left.

No, we don’t have BLM land and there’s a good reason for that.
Click to expand...

Snowball's chance, to decades of ignorance pushed to get anywhere NEAR Cali's Bull.
Per the Heller decision, WE all know the 2A is NOT about hunting, but in case of domestic threats to the 2A also...

People are more aware of how Democrats work these days, as there is historical evidence of what happens when they get in "power(-trip)".

Welcome to the Forum! 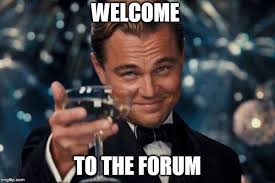 Looking to trade in my Ruger Mark III, for what is essentially unobtanium in Cali, the Ruger Mark IV. :-)

Also as my first order of business once a resident: obtain some Ruger BX-25 mags, as only one obtained legally in Cali. More fun to be had in TX.
Last edited: Dec 3, 2020
M

Stay out of Texas big cities.

They're bastions of communism every stinkin one of em.

Out in the country is best, but small towns here are good too.