A few years back (I'll let you guess how long) I was getting ready to go to the police academy and needed to purchase what would be my first duty weapon. I took a drive with a friend to Texas State Distributers in Houston. They are no longer in business, but at the time they were located in the same building as the FBI and were strickly a LE only operation. You had to show some sort of ID to even get in the door.

The Sig LE rep was in the store and convinced me to buy the Sig P228. I went through the acadamy with this weapon and carried it with me daily for the first 4 years of my LE career. I then decided to start carrying Glock and retired the Sig. A short time later a sold it to another LE officer that wanted it. I needed the cash at the time but told him I wanted the first shot at buying it back if he ever decided to sell it.

Many years passed and I lost track of the buyer, but I always missed this gun and wished I had never sold it.

A little over a year ago we both came back to work at the same agency and he still had my old Sig. I tried to buy it back several times, but he was never interested. Last night while working overtime together he let me know he had traded it away. I happened to know the person he traded it to well and was able to buy it back for $350.00. I could not be happier!

Funny thing is, I checked my closet and I still have about 7 holsters for this gun. Guess I have to go stack up on 9mm again!

Its good to see old friends getting back together... Nothing like cathing up on old time with your pistol....LOL
O

Its good to see old friends getting back together... Nothing like cathing up on old time with your pistol....LOL
Click to expand...

I know what you mean. I sold and old beat up Lightweight Commander to a friend some while back, and almost immediately regretted it. Luckily, he decided he didn't like the gun and wanted to trade it back to me for a Walther PP I had. I made him pay extra, but i got the Colt back and I'm going to keep it now.

Glad you got your baby back.I sold my Sig 228 after graduation as my department required the Glock 22.I really miss that Sig.
T

I will try to take a picture later this weekend. I already removed the factory grips and put the Houges I had on it years ago back on. I do need to replace the factory night sites as they are now very old and weak.

I use Meprolights on my sigs. They are pretty much the standard aftermarket night sight for sig owners. Some people swear by them as the best. I won't go that far, but really do like them. They have the tritium inserts encased in a white plastic sleeve giving you the bright glowing night sight you need in the dark and also very nice 3-dot white sights during the day. Just my
T

Nice story, glad you were able to get it back. I bought mine last year and I like it alot. Then again I haven't met a SIG I didn't like. 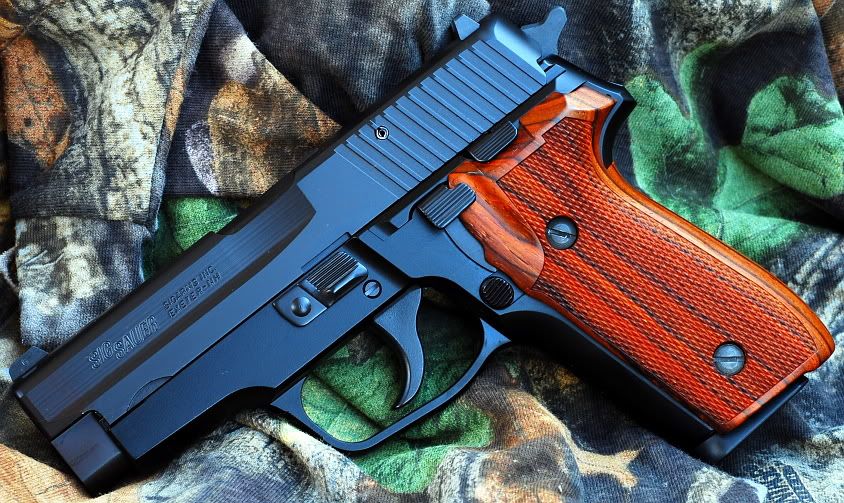 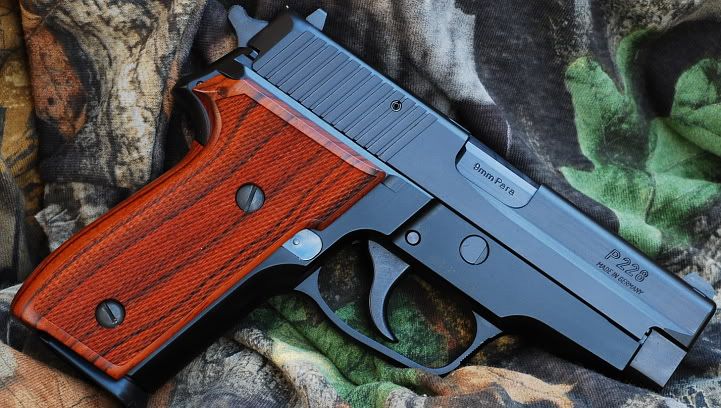 The TFOs have offered the best overall usability, providing a nice, bright sight no matter what the lighting conditions. The downside? The front fiber optic tube popped out at about 3000 rounds. TruGlo offered to replace them for me, but I opted to have them send regular tritium sights instead.

Between the TruGlo tritium and the Meps, the brightness is about the same, but I like the white outline on the Meps during the day. I've also found that I shoot a blacked-out rear better than a three-dot system in daylight, so I colored in the rear sight with a Sharpie. It looks black during the day but the tritium shines through in the dark.

Another sight set I'd like to try would be the Heinie Straight-8, since I seem to line up verticle dots faster than horizontal ones.
H